A breakdown of events and reactions as UK-Russia tensions escalate over the poisoning of ex-Russian agent and daughter. 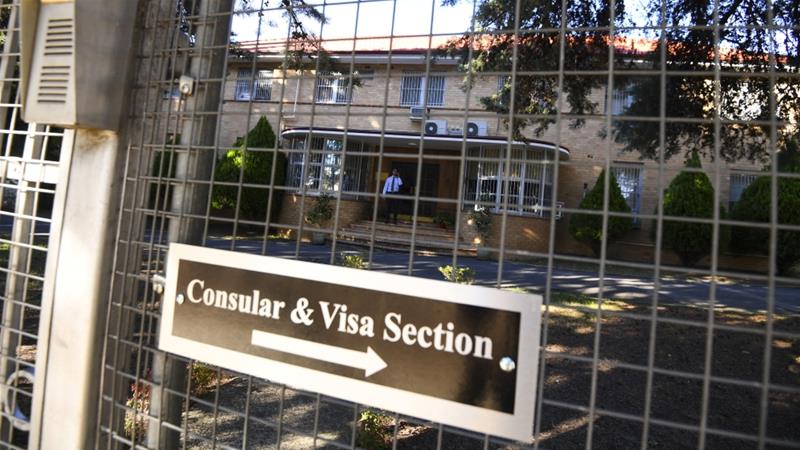 Dozens of countries have ordered the expulsion of more than 100 Russian diplomats as a major diplomatic dispute between Russia and the UK over a spy poisoning case intensifies.

Australia, Canada, 23 European countries and the United States announced on Monday and Tuesday that they would be expelling 121 Russian diplomats over the coming week.

The announcements come days after the UK expelled 23 Russian officials as it blamed Russia for the alleged attack on former double agent Sergei Skripal and his daughter Yulia.

Both are critically ill in a UK hospital after being poisoned with a military-grade nerve agent in the southern English city of Salisbury last month.

Russia has denied any involvement in the case.

How did it all start?

On March 4, Skripal and his daughter were found unconscious on a bench near a shopping centre in Salisbury, 120km southwest of Britain’s capital, London.

Skripal is a former Russian military intelligence officer accused of spying for the UK.

He was imprisoned in 2006 and later exchanged for Russian citizens accused of espionage in the US.

Tensions in UK-Russian relations escalated after British Prime Minister Theresa May alleged that it was “highly likely” Russia was behind the attempted assassination.

May gave Russia a May 13 deadline to explain how a Soviet-era nerve agent ended up in Salisbury, southern England.

“They have treated the use of a military-grade nerve agent in Europe with sarcasm, contempt and defiance,” May said in parliament, before ordering the expulsion of the Russian diplomats.

The British prime minister also withdrew an invitation to Sergey Lavrov, the Russian foreign minister, to visit the UK.

Among a range of responses, cabinet ministers and members of the royal family will not attend the World Cup in Russia this summer.

How did Russia react?

Russia’s foreign ministry has refuted the allegations by the UK, calling them politically motivated and “a circus show”.

Russian President Vladimir Putin has said the UK should investigate what happened before levelling accusations at Russia.

“You first get to the bottom of things over there, and after that, we can discuss it,” Putin was quoted as saying.

In a retaliatory move, Moscow ordered the expulsion of 23 British diplomats and closed the British consulate in St Petersburg and the British Council cultural body.

The Russian ambassador to the US has also expressed his concern over Washington’s decision to expel Russians.

“What the United States of America is doing today, they are destroying what little remained of US-Russian ties,” Anatoly Antonov said.

“I will add that all the responsibility of ruining Russian-American relations is on the US.”

Which countries are taking action?

In solidarity with the UK, so far, 23 European countries – 18 Europan Union member states and five non-EU nations – have announced that they will be expelling 55 Russian diplomats over the coming week.

Meanwhile, NATO allies – US and Canada – have also decided to take action.

On Monday, US President Donald Trump ordered the expulsion of 60 Russians, including 12 intelligence officers from Russia’s mission to UN headquarters in New York.

The US said it was also closing the Russian consulate in Seattle.

Canada is expelling four Russians alleged to have worked as spies or interfered in Canadian affairs under diplomatic cover.

NATO has also joined the chorus of countries penalising Russia.

Secretary-General Jens Stoltenberg said on Tuesday that the organisation will reduce the size of Russia’s NATO mission from 30 to 20.

On March 19, representatives of the Organisation for the Prohibition of Chemical Weapons (OPCW), a UN body, collected samples of the Novichok nerve agent used Skripal’s poisoning.

Their results are expected to be released in a week.

There are concerns the diplomatic crisis could worsen if the results of the OPCW investigation show a Russian link.

“Moscow will now try to divide the EU into two camps – the radical pro-British camp and those who they would think followed the EU because of the demands for solidarity rather than out of conviction,” Konstantin Eggert, a Russian analyst and journalist, told Al Jazeera.

In his opinion, the UK will also gradually escalate its measures against Russia.

“It is quite conceivable to me that quite soon there will be a British version of the Magnitsky Law and it seems that the desire to clamp down on Russian wealth in the UK is the most serious of all others over the last 15-17 years,” he said. 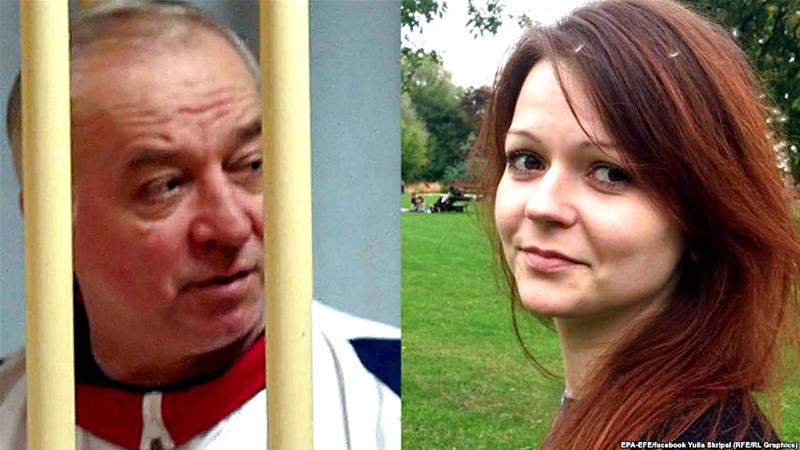 Who poisoned ex-Russian agent Sergei Skripal and his daughter?