Helsinki:  A Swedish think tank says Russia has become the world's second-largest arms producer after the United States. Russia surpassed Britain, which had held that spot since 2002 and remains Western Europe's No 1 arms maker.

The Stockholm International Peace Research Institute said in its annual report on the world's 100 biggest armaments groups that the combined arms sales of Russian companies amounted to $US37.7 billion in 2017, an 8.5 per cent rise from a year earlier. Russia's sales accounted for 9.5 per cent of a worldwide total of $398.2 billion. 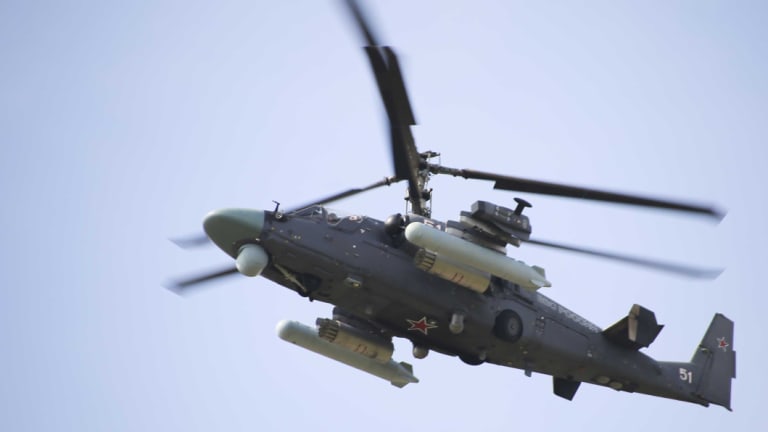 Russia has surpassed Britain in the arms sales race.Credit:AP

The report includes both domestic and foreign sales around the globe, but doesn't include Chinese companies because of unreliable statistics, the institute said.

Siemon Wezeman, a senior researcher at the institute, said Russian producers of arms and weapon systems have been on a significant growth path since 2011.

"This is in line with Russia's increased spending on arms procurement to modernise its armed forces," Wezeman said.

For the first time in the report's history, a Russian company – the Moscow-based and state-owned Almaz-Antey that makes advanced air defence systems among other things – was listed among the world's top 10 weapons companies.

The report noted Russia started an initiative to consolidate its arms industry in 2007, a process that is expected to be completed soon.

Overall, the U. continued to dominate the list with 42 companies accounting for 57 per cent of total sales, including the world's largest arms producer, Lockheed Martin Corp.

As a notable development, the report highlighted a 24 per cent rise in sales by Turkish arms companies in 2017 from the preceding year. That reflected "Turkey's ambitions to develop its arms industry to fulfil its growing demand for weapons and become less dependent on foreign suppliers," senior researcher Pieter Wezeman said.