RUSSIAN state TV has been discussing seizing the Baltic states as NATO sends thousands of troops to bolster Eastern Europe.

A pro-Kremlin former senior officer has laid out a chilling scenario for Russia capturing NATO countries Latvia, Lithuania and Estonia, as well as grabbing parts of Sweden. 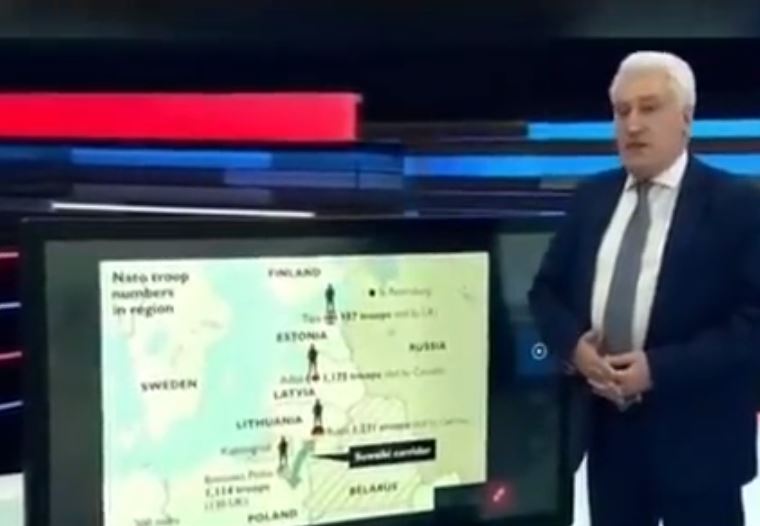 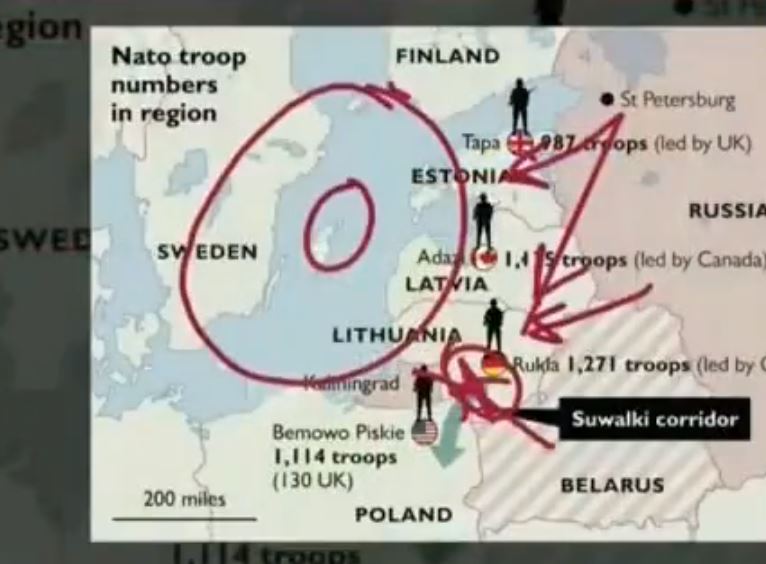 Thousands of NATO troops have been talking part in exercises near the Russian border and plans are being drawn up for a huge permanent presence in eastern Europe.

After gaining their independence when the Soviet Union collapsed, all three Baltic states joined NATO and continue to fear Vladimir Putin has designs on destabilising and invading, as he’s done in Ukraine.

Just such a scenario was outlined on Russian state TV channel Rossiya 1 by Colonel Igor Korotchenko, formerly of the Russian General Staff and air force and currently a reserve officer.

The pro-Kremlin expert said“this is how the scenario for capturing the Baltic countries might look”. 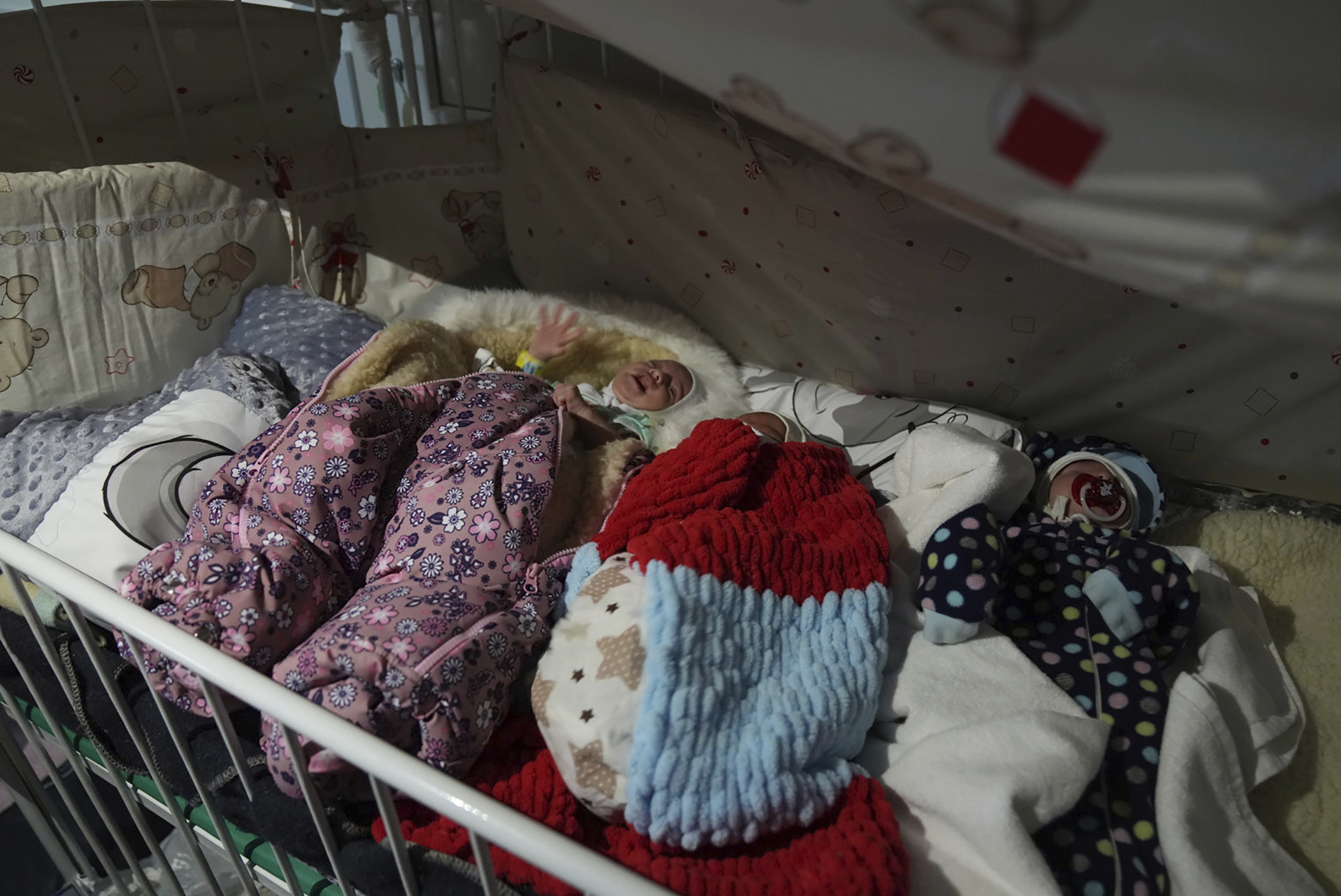 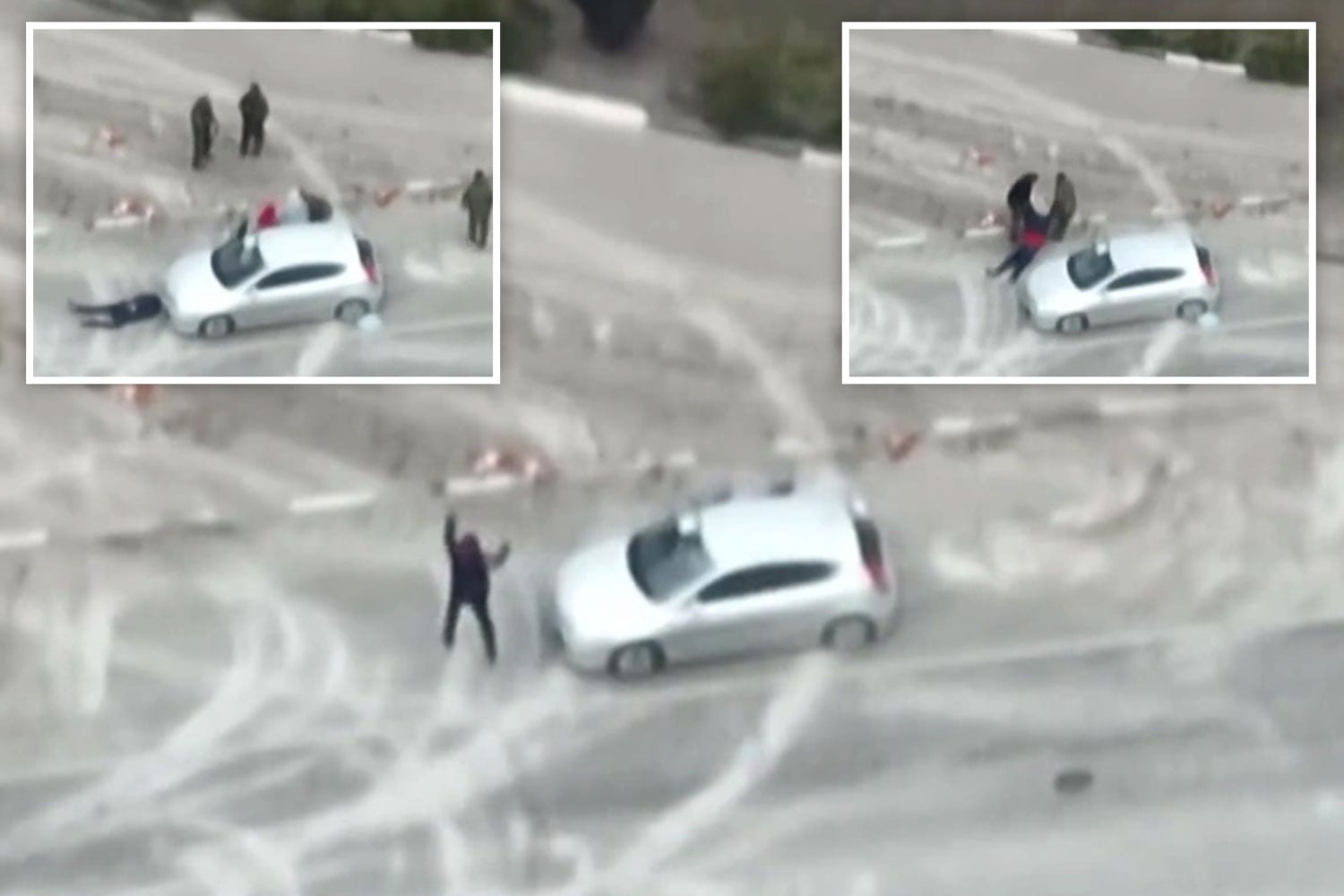 Using maps in English with NATO troop deployments on them, he outlines in sinister detail the invasion scenario.

At the beginning "a massive Russian radio-electronic strike is inflicted" as "all NATO radars go blind and see nothing".

Drawing on the map with more and more red lines, he then turns to how Russia will overpower its foes.

“They are deployed – and for now no-one knows or sees anything. The West wonders: ‘Why do we see nothing? What happened to our radars?’"

Sweden has traditionally been neutral but fears that Russia may try to grab the strategically important island of Gotland has led it to bolster its armed forces.

Korotchenko goes onto explain the Russians would push out from the enclave of Kaliningrad towards the Suwalki corridor to block access to NATO reinforcements from Poland.

“The astonished west and NATO will know that Russia declares a no-fly zone of 400km,” he said, as the programme host nods approvingly.

He then goes onto explain that the “entire Baltic sea” would then be under target from Russian forces.

The presenter went on that “that those few special forces troops of Canada, UK, Germany and the USA, in the Baltic” will be “surrounded” by a Russian airborne forces and then “lay down their arms”.

The scenario ends with the new Baltic states governments pledging allegiance to Moscow while Sweden agrees to perpetual neutrality and a 99 lease on Gotland.

The programme went out on Russian television as the end of last year but was posted by Ukrainian government advisor Anton Gerashchenko.

It has echoes of a televised address given by dictator Alexander Lukashenko in which he appeared to have revealed Moldova could be the next country to be invaded by Russia.

The three Baltic states were independent nations until seized by the former Soviet Union in 1939 before they regained their freedom when the Communist giant collapsed.

The NATO exercise includes troops from more than 25 countries, 200 aircraft and 50 vessels for an exercise just a few miles from the Russian border.

The aim of the drill is to test how Norway and Alliance members would work together on land, in the air, and at sea in line with Article 5 of NATO's charter.

Ahead of a summit of NATO leaders on March 24, will tell military draw up plans for new ways to deter Russia, including more troops and missile defences in eastern Europe.

“The surprise for Putin was the West was so united,” Estonian Defense Minister Kalle Laanet said as he arrived at the NATO meeting.

“He didn't believe that. He has the wrong picture about western countries,"

"We can't be afraid, we have to stay calm, because Putin would like to see that everybody is afraid." 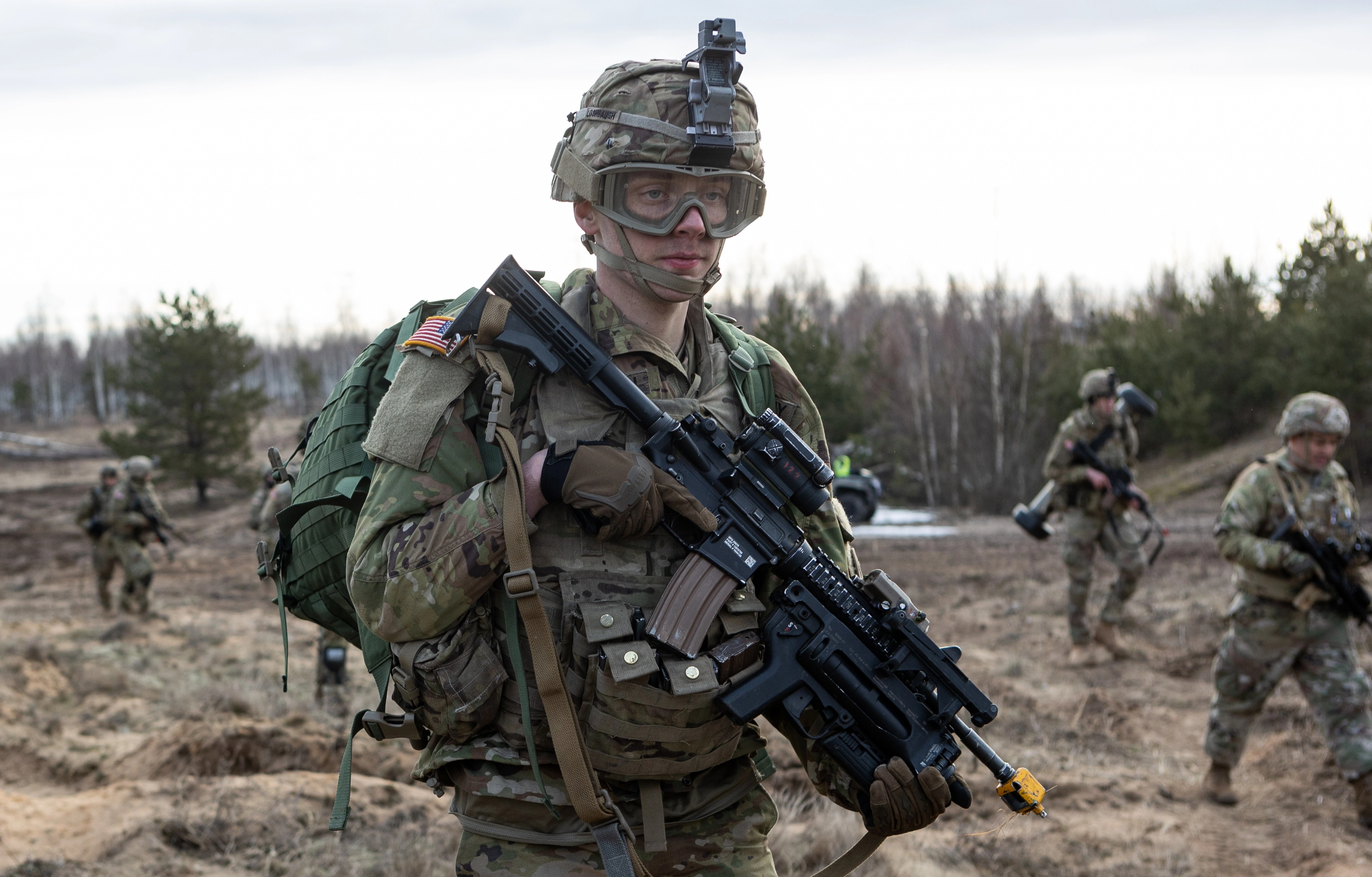 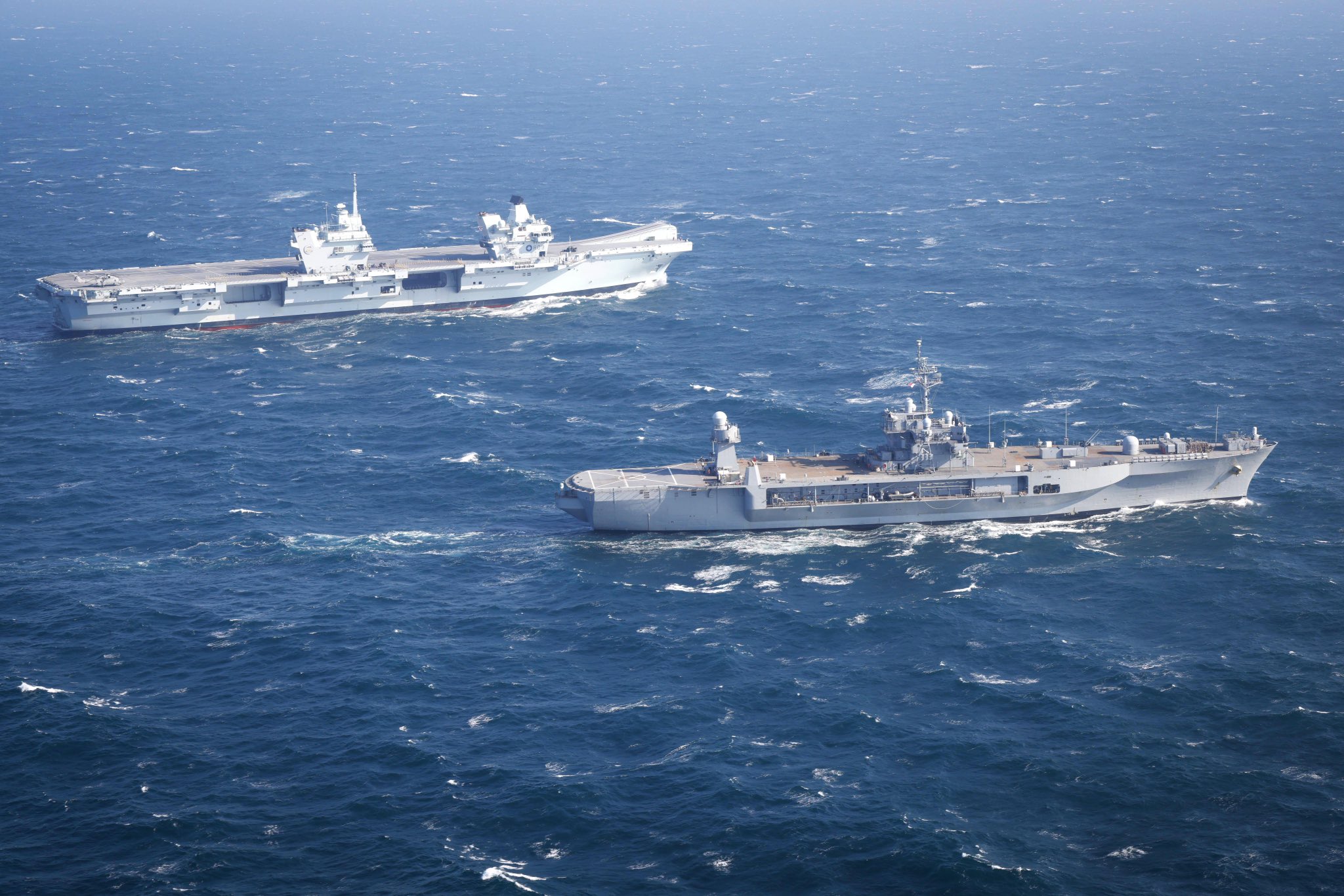 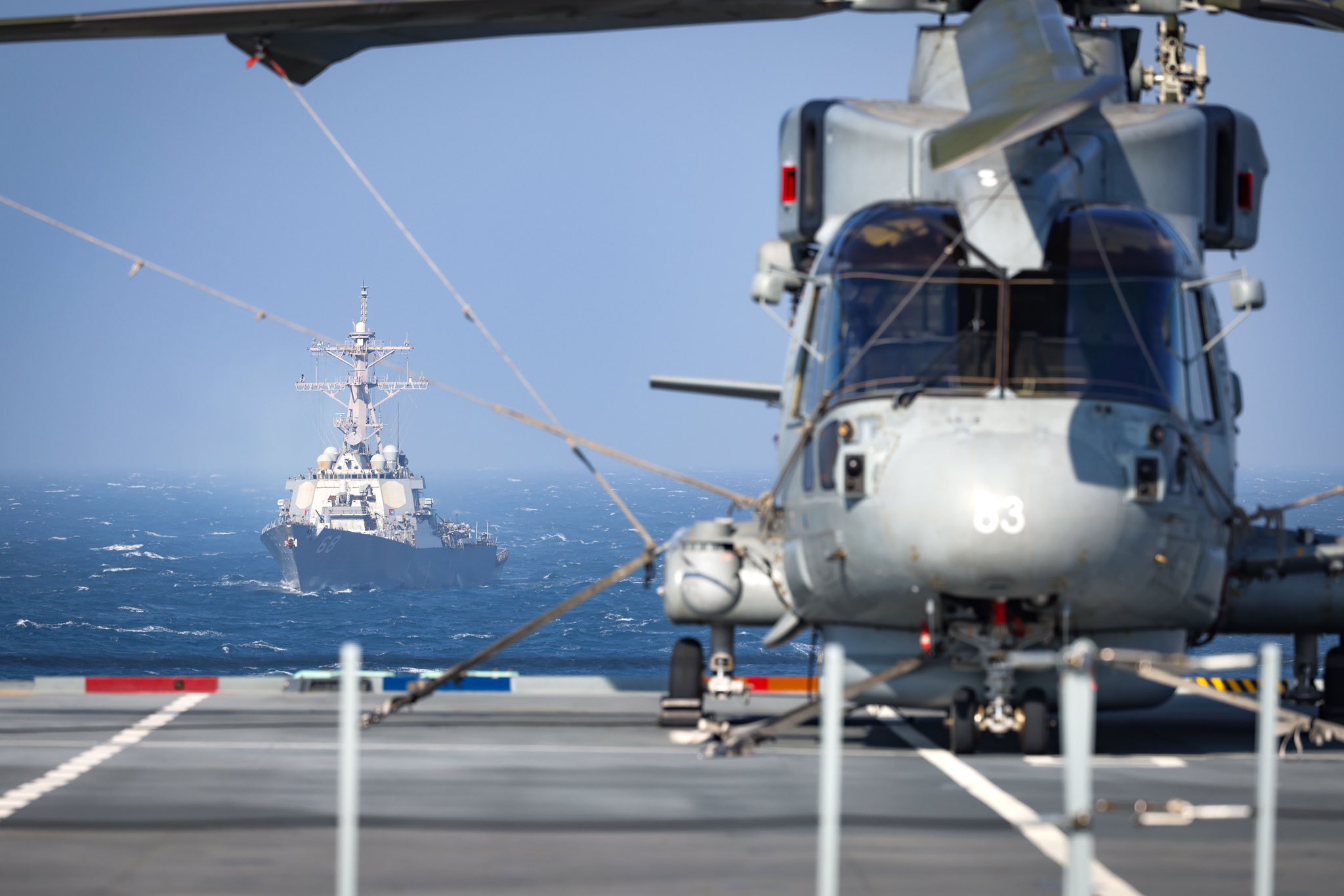 Help those fleeing conflict with The Sun’s Ukraine Fund

PICTURES of women and children fleeing the horror of Ukraine’s devastated towns and cities have moved Sun readers to tears.

Many of you want to help the five million caught in the chaos — and now you can, by donating to The Sun's Ukraine Fund.

Give as little as £3 or as much as you can afford and every penny will be donated to the Red Cross on the ground helping women, children, the old, the infirm and the wounded.

The Ukraine Crisis Appeal will support people in areas currently affected and those potentially affected in the future by the crisis.

In the unlikely event that the British Red Cross raise more money than can be reasonably and efficiently spent, any surplus funds will be used to help them prepare for and respond to other humanitarian disasters anywhere in the world.