Ryanair is today facing legal action over its ‘appalling’ treatments of hundreds of thousands of passengers who faced flight disruption caused by striking staff.

Ryanair claimed the industrial action falls under ‘extraordinary circumstances’, but the CAA disagreed and said compensation should be granted under EU law.

The news comes as a shot in the arm to some 100,000 beleaguered customers who were left stranded at airports over the summer as their flights were delayed or cancelled. 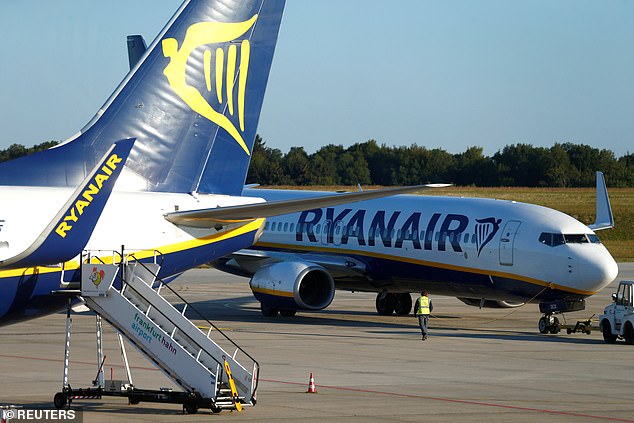 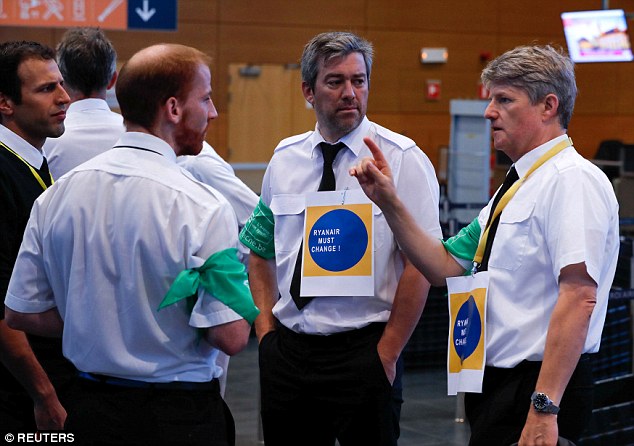 Passengers are eligible to claim compensation payouts of €250 (£222) when short-haul flights are cancelled without being given at least two weeks’ notice.

This is in addition to a replacement flight, or a refund.

Ryanair’s flights were hit by widespread strikes over the summer by the carrier’s pilot and cabin crews, while it also suffered amid the industry-wide air traffic control industrial action that saw thousands of flights cancelled across Europe.

A flight that farmer Daniel Brown and his family had booked from Stansted to Bologna in Italy was cancelled on July 25 because of strikes.

The 36-year-old said Ryanair is guilty of ‘appalling’ treatment over its refusal to pay compensation or give refunds.

He said he was due to travel with his wife, Gemma Brown, 33, and their daughter, then 13 months old, when their flight was cancelled and they were forced to re-book a last-minute alternative at a cost of about £900.

First a refund was rejected and then staff stopped replying to emails, he said.

Mr Brown, from Cambridgeshire, said: ‘They just stopped replying to emails and you can never get through to anyone on the helpline.

‘It’s appalling. From the moment they cancelled the flight they washed their hands of us. The email staff have been stonewalling us. 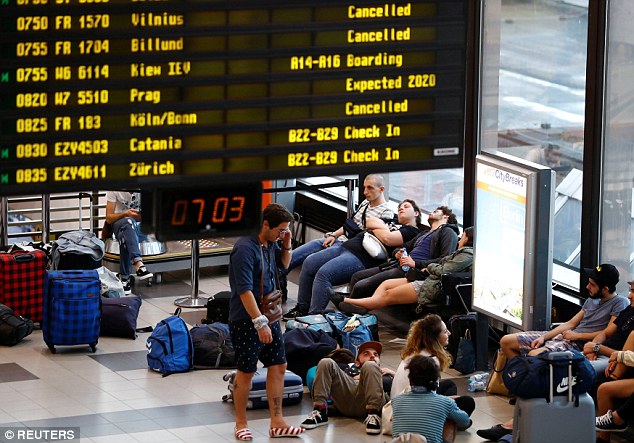 HOW YOU CAN CLAIM COMPENSATION FROM RYANAIR

Passengers must take their claims to Aviation ADR, the airline’s dispute resolution handler.

Aviation ADR told consumer group Which? it has been ruling in favour of consumers who’ve complained about Ryanair cancellations caused by internal strikes.

Passengers who have a flight cancelled with less than 15 days notice as a result of flight or cabin crew industrial action should complain to the airline first.

If they do not receive a satisfactory response they have little choice but to use Aviation ADR.

Unlike with the claims solicitors, the process is free and Ryanair is legally obliged to comply with its decisions.

Dolly Garland tweeted last week that she was ‘stranded’ in Copenhagen by Ryanair in June ‘and they still haven’t paid the compensation we are legally owed’.

‘So many delaying tactics,’ she added.

The CAA said passengers with an existing claim will now have to wait until the outcome of its enforcement action against the airline.

The watchdog has made repeated calls for Ryanair to compensate passengers affected by staff strikes.

While airlines can refuse to pay out for ‘extraordinary circumstances’, such as bad weather or air traffic controller strikes, they must pay compensation for disruption caused by strikes held by its own employees.

Ryanair warned over profits in October after it was stung by strike action, combined with higher oil prices.

Ryanair has seen the strike action knock passenger confidence in the company, revealing in October that passengers made fewer forward bookings into the third quarter, including for the October school half-term and Christmas. 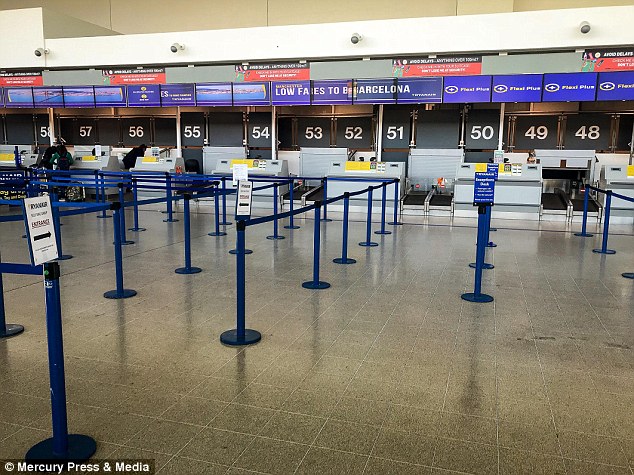 Ongoing struggle between Ryanair and pilots

The summer’s strike action by Ryanair pilots was the latest headache in a turbulent summer for Europe’s second-largest airline.

It already suffered a round of strikes by cockpit and cabin crew in July that disrupted 600 flights in Belgium, Ireland, Italy, Portugal and Spain, affecting 100,000 travellers.

Ryanair, which flies in 37 countries and carried 130million people last year, averted widespread Christmas strikes last year by agreeing to recognise trade unions for the first time in its 33-year history. But since then it has struggled to reach agreements.

The company is eyeing profits of around €1.25billion (£1.12billion) this year, and boasts lower costs per passenger than its competitors.

But Ryanair pilots say they earn less than counterparts at other airlines like Lufthansa. Unions also want the airline to give contractors the same work conditions as staff employees.

Another key complaint of workers based in countries other than Ireland is the fact that Ryanair employs them under Irish legislation, arguing most of its employees work on Irish planes.

Staff claim this creates huge insecurity for them, blocking their access to state benefits in their country.

Since the summer of severe disruption, Ryanair has been securing a series of agreements with unions across Europe over wages and benefits.

The latest was announced on Tuesday, with German pilots’ union VC.

The Civil Aviation Authority insist that compensation payouts of 250 euros – or £222 – are enshrined in EU law.

Under EU legislation, passengers are entitled to 250 euros when short-haul flights are cancelled without a fortnight’s notice, in addition to refunds or new flights.

Airlines can only avoid this payment under the EU261 system when the cancellation is caused by ‘extraordinary circumstances’ beyond the carrier’s control – including extreme weather incidents and strikes by air traffic controllers.

The CAA said the strikes by Ryanair cabin crew did not qualify as an ‘extraordinary circumstance’ because it was within the airline’s control.

Rory Boland, Which? Travel Editor said: ‘Customers would have been outraged that Ryanair attempted to shirk its responsibilities by refusing to pay out compensation for cancelling services during the summer – which left hard-working families stranded with holiday plans stalled.

‘It is right that the CAA is now taking legal action against Ryanair on the basis that such strikes were not ‘extraordinary circumstances’ and should not be exempt, to ensure that the airline must finally do the right thing by its customers and pay the compensation owed.’