A sacred white ‘spirit moose’ has been killed by poachers in Canada sparking outrage by local indigenous population.

The white moose, considered sacred by locals, is being mourned in Timmins, Ontario, after it was killed by poachers in the city.

The animals are a sign of good luck in indigenous culture, and there is a prevailing rule that they should be spared from hunters. 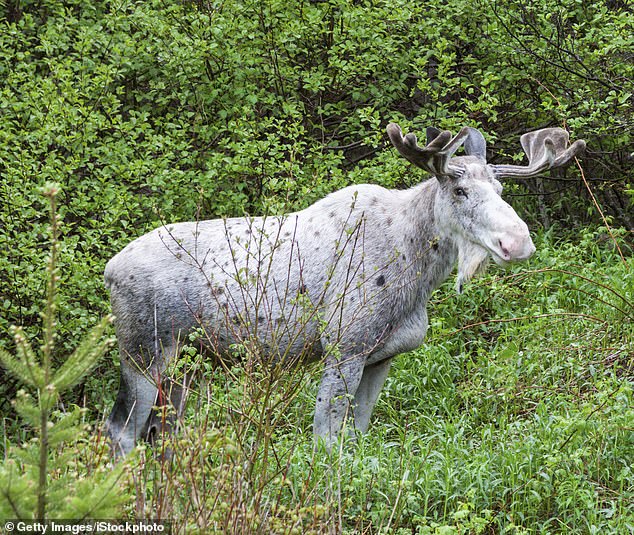 The white moose, considered sacred by locals, is being mourned in Timmins, Ontario, after it was killed by poachers in the city (stock image)

Two female moose were recently killed, including one white animal, and their remains were found abandoned on a remote road, reports Unilad.

The total reward for the hunters’ arrest stands at $8,000, following contributions from an animal welfare group and a local drilling company.

Chief Murray Ray of Flying Post First Nation said that everyone is ‘outraged and sad’ following the shooting.

He added: ‘If you have a license to shoot a cow moose, you could shoot another one. Just leave the white ones alone.’

The incident is currently being investigated by the Ministry of Natural Resources and Forestry.

Murray added that there are signs put up so that people watch out for white moose, adding: ‘I really hope they find the people that are responsible for this and they’re charged.’

Fellow Flying Post First Nation member Troy Woodhouse said that if you see a spirit moose in person you realise ‘how much of a sacred animal it is and rare and majestic to see’. 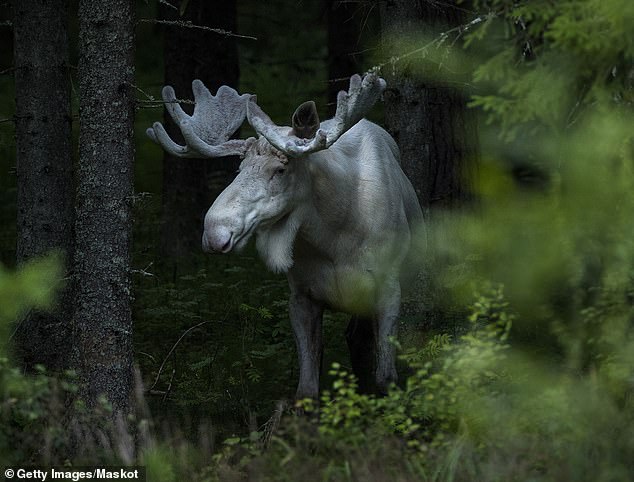 The animals are a sign of good luck in Indigenous culture, and there is a prevailing rule that they should be spared from hunters (stock image)

He has also put up a $1,000 reward for any information leading to the hunters’ arrest, or for them to turn themselves in.

Mr Woodhouse added: ‘Maybe hunters tried to get one moose and got the other by accident. If a person does come forward and admit what they did, I would put my portion towards any of their legal fees.’

However, while they kept the head as a trophy, they returned the pelt so a multi-day ceremony could be held to honour the animal.

Woodhouse said: ‘It’s up to us to protect the land and the forest. We have a choice as individuals to stand up for what we believe in, and that’s what I was trying to do.’