Their ability to repeat musical phrases make them one of Britain’s most loved garden birds.

But the song thrush population has plummeted by 76 per cent in 40 years, the RSPB has revealed.

Experts said the tiny birds have been hit by the loss of their hedgerow and woodland habitats. 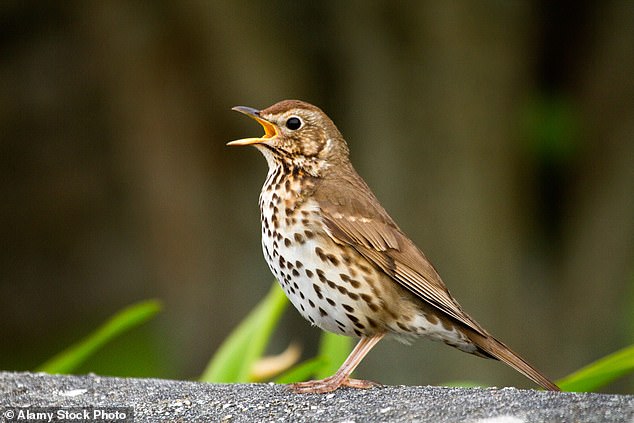 An undated file photo shows a song thrush, a species that has been hit the loss of hedgerow and woodland habitats

Yet they are not the only garden favourite whose numbers have plunged – sightings of house sparrows were down 56 per cent last year compared to 1979.

On the plus side, their numbers have begun to rise and they are still the most commonly spotted bird.

The figures were released by the RSPB ahead of this year’s Big Garden Birdwatch.

They show some are doing brilliantly with goldfinch numbers up 47 per cent in the past decade.

Long-tailed tits entered the top 10 most reported birds recently, and were 12th in the table last year. 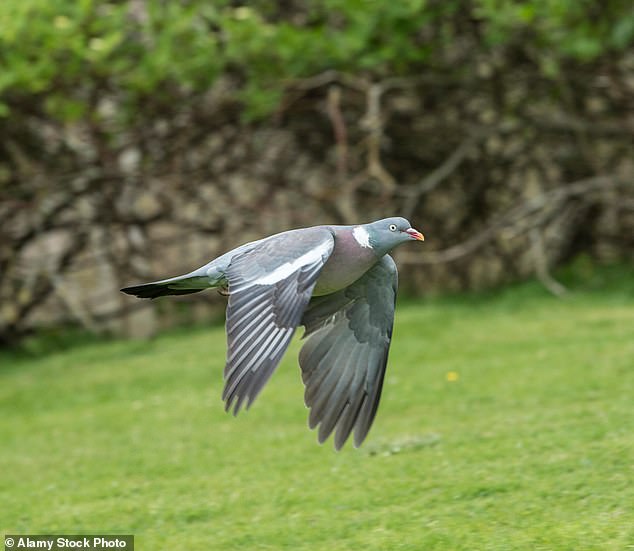 This year some birds are expected to benefit from the mild winter including wrens, bluetits and coaltits. And the RSPB has had calls from people reporting robins, magpies and blackbirds building their nests early this January.

As many as half a million people will take part in Birdwatch 2020,

In last year’s survey, the top five most spotted were the house sparrow, starling, bluetit, blackbird and wood pigeon. RSPB boss Beccy Speight said: ‘The data over the past 40 years has helped chart the decline and rise of numerous species since the 1970s.

‘Contributing is for many thousands of people a first step in becoming champions for nature.’

To take part, people need to watch birds in their garden or local park for one hour from tomorrow to Monday and record the highest number of species seen.