Vendors are focusing on features designed to encourage consumers to ditch their old phones early and buy new phones. 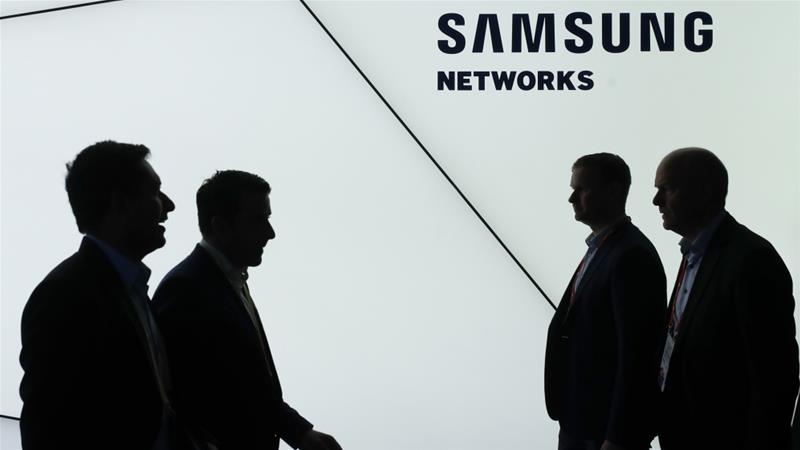 With the global smartphone market set to stay flat or even shrink after meagre growth of one percent last year, vendors are focusing on features designed to encourage consumers to ditch their old phones earlier than they would have previously.

Samsung launched the S9 at the mobile gadget fair in Barcelona, attracting thousands of reporters to see how the world’s biggest smartphone maker could innovate in a category in which the big players are technologically closer than ever.

DJ Koh, Samsung’s president of IT and mobile communications, said the most important function of a phone today was “visual communication”, and the Galaxy S9 had been designed for the visual and social generation.

It features improved cameras, an artificial intelligence-powered voice tool, and social media functions that are easier to deploy than previous offerings.

New features include an automatic super-slow motion camera setting that looks primed to show up on Instagram feeds soon, and software that turns selfies into instant emojis.

Analyst Ben Wood from CCS Insight said the S9 and larger-screened S9 Plus were all about incremental gains over the S8.

“The S9 underlines the dilemma all leading smartphone makers are facing. Innovation in smartphones has plateaued and now it is all about marginal gains be that screen technology, camera features and processing power,” he said.

“This is potentially a tough sell for Samsung but the real goal of the S9 is making an already good product even better as Samsung takes the fight to Apple,” he said.

“With the absence of any flagship smartphone announcement from any of its major competitors, Samsung had a great marketing window of opportunity to claim leadership in the high-end smartphone market, coming back in the race with Apple’s iPhone X,” said Forrester analyst Thomas Husson.

But he expected Huawei to launch a highly competitive new smartphone differentiated by the use of more advanced Artificial Intelligence technologies and more aggressive pricing.

“To truly lead the space, I continue to believe Samsung must accelerate its transition towards more content, services, software innovation and partnerships,” he said.

Samsung’s AI-powered Bixby service allows S9 users to point its camera to translate a foreign-language sign without having to swipe through menus or choose settings every time.

Younghee Lee, head of Samsung’s Marketing for the Mobile Business, declined to provide a sales forecast for the S9.

Global smartphone sales saw an unprecedented decline of 9 percent in the fourth quarter, averaging 2017 growth to just 1 percent, a far cry from growth of about 40 percent between 2011 and 2015, according to research provider Strategy Analytics.

While Samsung kept its supremacy over Apple Inc with about 21 percent of market share, Counterpoint says, it faces tough competition after it lost ground in markets such as India, China and Western Europe in the fourth quarter.

Chinese rivals such as Huawei and Xiaomi Inc are making major inroads in these markets, aided by strong sales of affordable products that boast many high-end features and sturdy design.

Lee said Samsung’s huge scale and its “agility to listen and learn” ensured it would continue to grow in China and India. 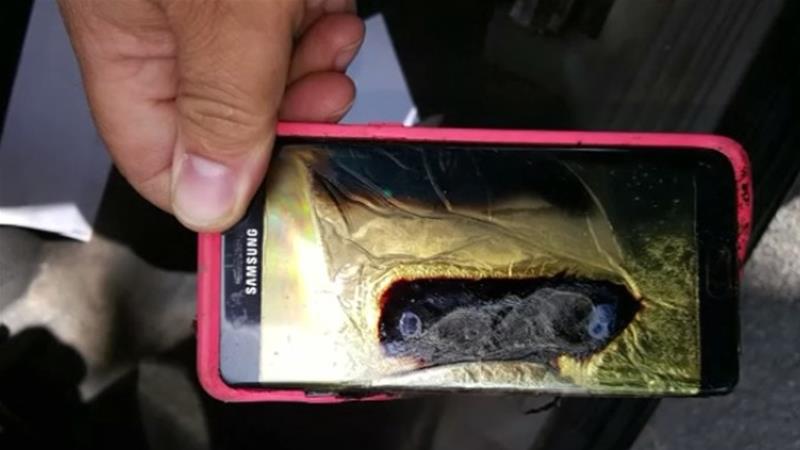 Samsung: Going up in flames