THE boyfriend of a British woman who went missing from a boat in the Caribbean refused to let police search his boat, according to cops.

Sarm Heslop, 41, from Southampton, vanished from the yacht that was moored off the coast of the U.S Virgin Islands on Sunday evening. 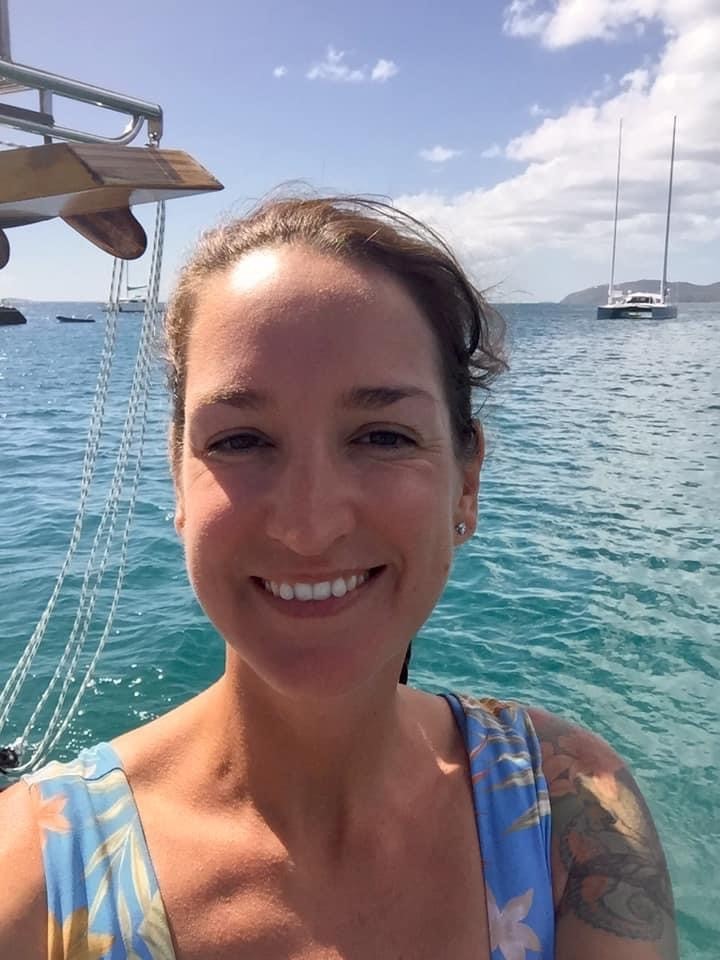 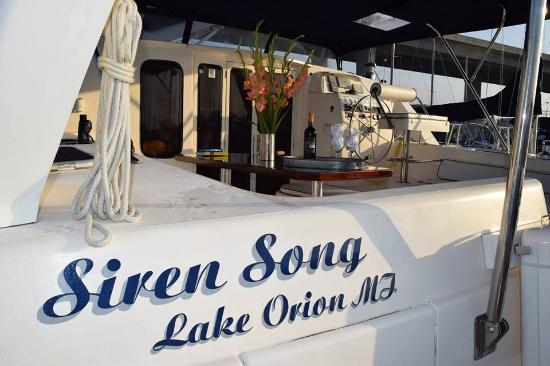 American boyfriend Ryan Bane has acquired a lawyer and is not allowing police to search his 47-foot catamaran say Virgin Islands police.

"Soon after reporting Ms. Heslop missing, Mr. Bane acquired the services of an attorney," a spokesperson for the police department said in a statement Friday.

"Upon his attorney’s advice, Mr. Bane exercised his constitutional right to remain silent and denied officers’ requests to search the vessel."

Bane's lawyer, David Cattie, said that his client immediately called 911 when he realised his girlfriend was missing at around 2.30am.

"Multiple USCG officers boarded the vessel and interviewed Mr. Bane on the vessel. 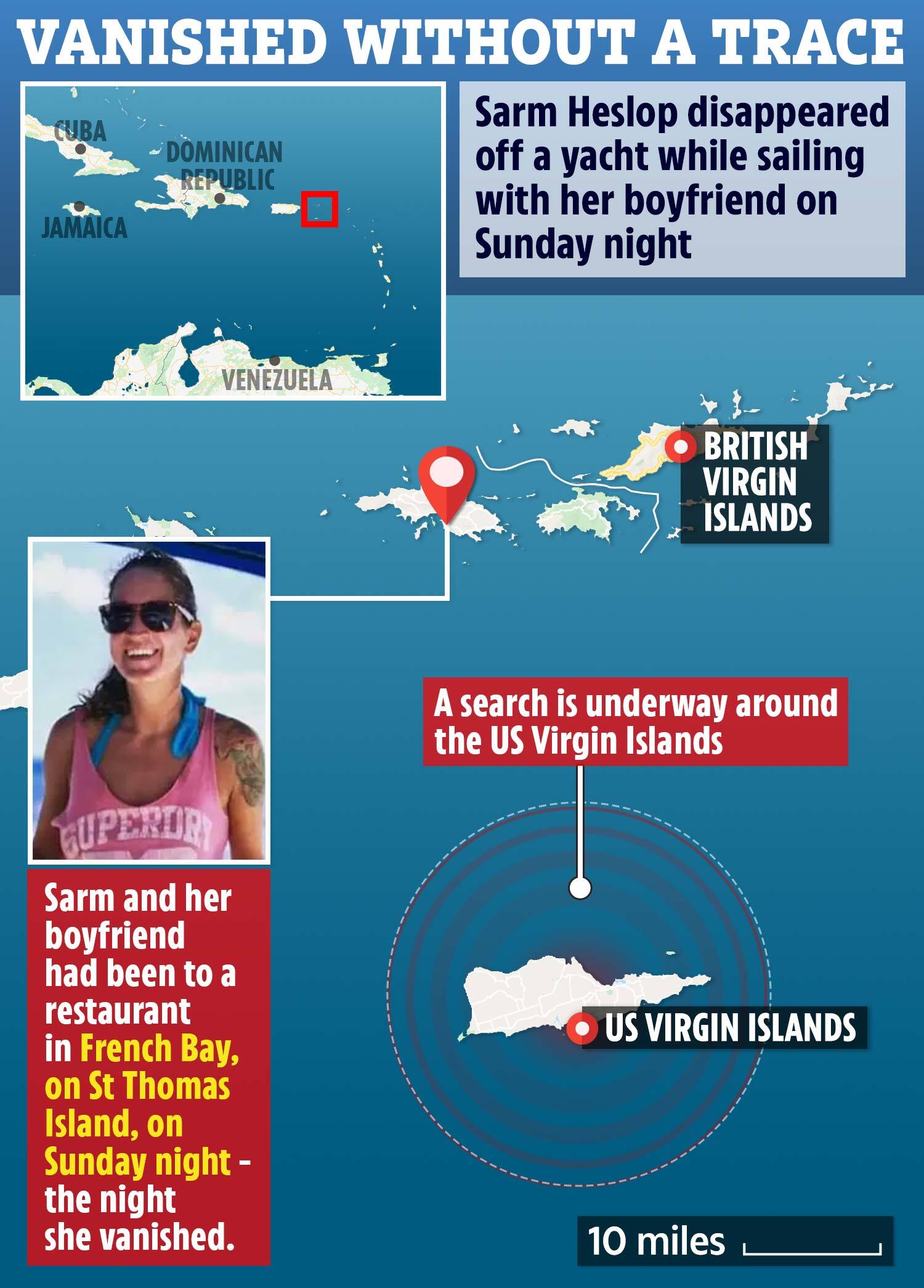 "Mr. Bane, at the request of Sarm’s family, then turned over her personal belongings to [Virgin Islands Police Department], including her cell phone, iPad, passport, etc."

He then met with police officers to give a statement regarding Sarm, where he said she might have fallen overboard in the night.

A close friend of Sarm’s, who did not want to be named, told the Sun that her friend’s phone, passport and belongings had all been left on the boat, where she had been living with her boyfriend.

“She would not just disappear, leaving no trace,” she said.

"Sarm is super smart, level-headed and super well travelled. And she's 41 – she has a good head on her shoulders.”

Laura also said Sarm had sent her a text a month ago saying she was on the way to the Virgin Islands with her boyfriend on his boat and was “really looking forward to it”.

A U.S. Coast Guard spokesman said that Sector San Juan received a call from Sarm’s boyfriend on Monday, around 11.46am.

He “reported that his girlfriend may have fallen” from the boat,” the spokesman said.

Divers have joined a huge search for Sarm, who is originally from Hertford, with the local community rallying together to help.

Andrew Baldwin, a friend of Sarm, said it was "incredibly difficult" to believe she fell off the boat.

"It's been eight days since Sarm disappeared," Baldwin told Fox News on Wednesday.

"Eight days in, they could've found anything on the boat."

"We would like assurance that the authorities in the Virgin Islands are doing everything possible to find her and that the investigation into our beautiful and cherished daughter’s disappearance includes a comprehensive fingertip search of the boat," the family said in a statement.

The Virgin Islands Police Department said it is continuing the search for Heslop, including conducting multiple searches daily and going through hours of surveillance video that may shed light on her disappearance.

U.S Coast Guard spokesman Ricardo Castrodad told Virgin Islands Daily News that immediately after Heslop went missing they "searched djacent islands, and all the waters around and out to sea from where the vessel was located."

He added: "We had a Coast Guard helicopter searching that afternoon and the search continued throughout the night.

"Conditions were excellent as far as visibility, sea state, and there were no signs of anyone in the water."

Sarm, who has previously worked as a flight attendant and in call centres, had been living on the Siren Song for a number of months with her boyfriend.

The vessel, which her boyfriend owns, is rented out to charter guests who she takes on a tour of the islands for around £5,000-a-week.

Both friends who had spoken to the Sun about Sarm’s disappearance wanted to thank all the local community for their support in searching for Sarm both on water and land.

Sarm’s boyfriend told Surrey Live: "She is loved by everyone who knows her.

“Sarm's sense of adventure took her to the Caribbean, and like wherever she goes, she had made many friends.

"She is such a loving, fun girl. We just want her back safe and sound."

Police Department Public Information Officer Toby Derima said: “An English woman has gone missing on our island and we are appealing for help in trying to locate her.

"She was last seen on Sunday aboard her boat which was moored off the coast of St. John.

“Every day that goes by and we don't have any news about her is a major concern for us. “We need to locate her as soon as possible.

“She is a white female of average built and height.

She has a tattoo on her left shoulder.”

Anyone with information is urged to contact the Virgin Islands Police Department. 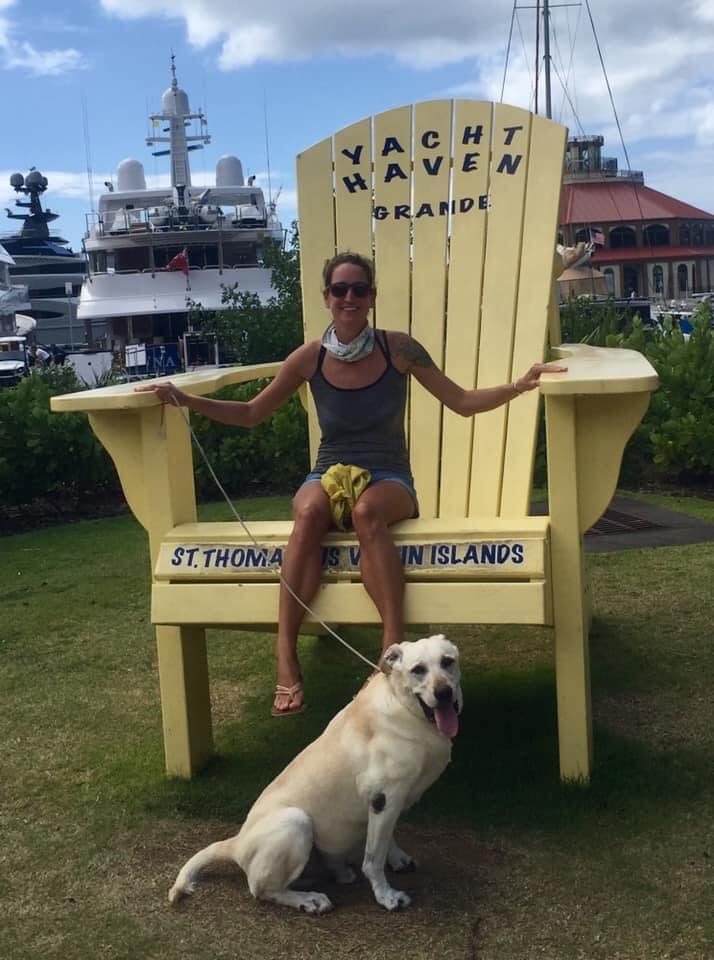