‘I asked for help but no one was listening’: SAS sergeant, 36, who toured Iraq and Afghanistan is found dead moments after recording heartbreaking final video

An SAS sergeant who toured Iraq and Afghanistan killed himself moments after saying in a final video: ‘I asked for help but no one was listening’.

Staff Sergeant Jamie Ferguson, 36, shot himself at Leuchars Military Base in Fife 11 days ago after pleas for help with his own mental trauma went ignored.

His death follows two other suicides by members of the Royal Scots Dragoon Guards at the same base this year, and the fifth suicide in a single week this month.

SSG Ferguson had been diagnosed with an acute stress reaction after a ‘super-traumatic’ incident while serving on an anti-poaching operation in Malawi.

The grim toll has raised fears of a death spike caused by lockdown, with at least 14 serving personnel veterans believed to have killed themselves since March 23.

SSG Ferguson’s tragic death has been called a ‘catalyst for change’ as MPs call for action to help those suffering with mental health issues.

His widow Sammi, 50, is now calling on the Ministry of Defence (MoD) and the Government to take responsibility for the surge in suicides. 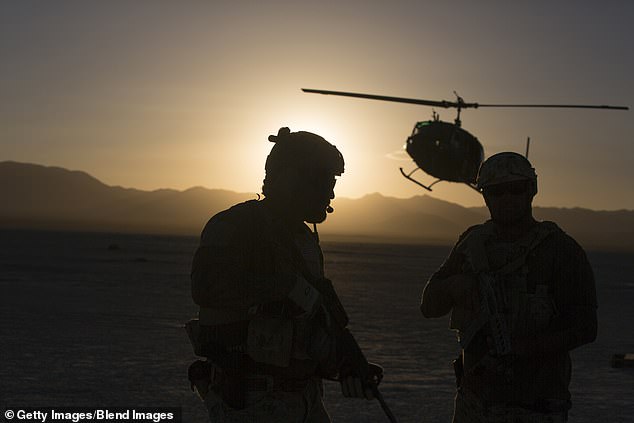 An SAS sergeant who toured Iraq and Afghanistan killed himself moments after saying in a final video: ‘I asked for help but no one was listening’ (stock) 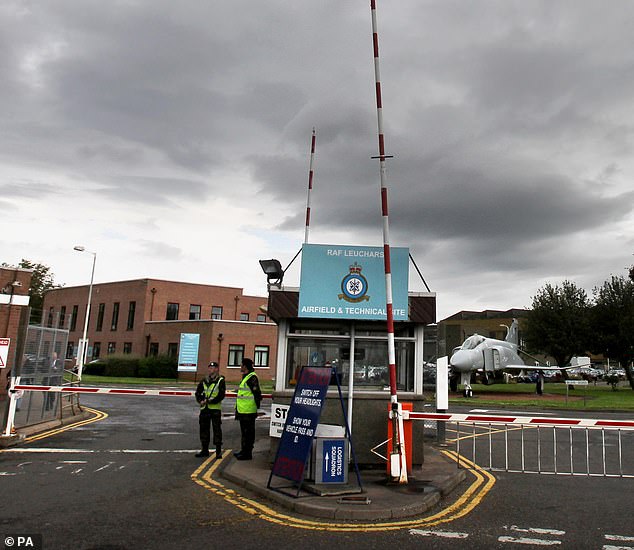 Staff Sergeant Jamie Ferguson, 36, shot himself at Leuchars Military Base in Fife (pictured in 2013) 11 days ago after pleas for help with his own mental trauma went ignored

Mother-of-three Sammi said: ‘The MoD is in denial. My husband asked for help but he was ignored. How many more soldiers and veterans need to die?

‘The MoD’s behaviour is a scandal and the Government should be ashamed of itself.’

She told The Sunday Mirror: ‘These soldiers were mentally traumatised in the service of this country and they have been disowned.

‘My message to the MoD is please stop relying on charities to deal with mental health problems – it’s your job. My husband should be alive today.

‘There will be Army wives who think their husbands are fine but who are planning to kill themselves. The MoD behaves as though this isn’t an issue.’

SSG Ferguson joined the Army aged 16 and served for more than 20 years. As a member of the Royal Army Medical Corps he went on to serve with the SAS.

In Afghanistan he was involved in treating the victims of a 2009 attack by a rogue policeman who shot dead three Grenadier Guards and two Royal Military Policemen.

Sammi, who was married to him for over 13 years, said he had been treated for a condition which often leads to PTSD.

Describing her husband after he tried to save the life of a colleague trampled by an elephant in Malawi, she said: ‘When he came back home he was tense.

‘He said he never wanted to practise medicine again after the incident because he believed that his mental health would be at risk if he continued.

‘It was one trauma too many, one life lost too many. It had been weighing heavily on him. He wanted somebody to say, “You did everything you could”.

In the video SSG Ferguson made before killing himself, he says: ‘I asked for help but nobody did anything, no one was listening.’

Tory MP Julian Lewis is tabling a parliamentary question on veterans’ suicides. He said: ‘Tragedies of this sort will continue without a national centre for excellence for personnel’s mental health, just as we have a centre for physical injuries and rehab.’

Stephen Morgan, a Labour MP said: ‘The tragic death of SSgt Ferguson must be a catalyst for change. It is simply not good enough for the MoD to repeatedly issue condolences to families. Enough is enough.’

For support call the Samaritans on 116123 or go to www.samaritans.org.