A school has been forced to hire a security guard after teachers were knocked to the ground and kicked when they tried to protect a student being attacked by a group of people.

Ninestiles Academy in Acocks Green, Birmingham hired the guard after the fight outside the school gates on November 26. 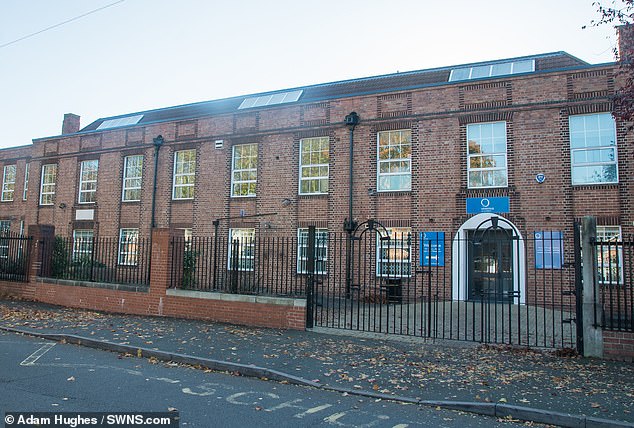 Ninestiles Academy, in Acocks Green, Birmingham, has hired a security guard after staff were knocked over and kicked when trying to break up a fight

A spokesman for Ninestiles Academy confirmed that the guard had been working ‘for a couple of weeks now’ and that parents had been made aware of the security move through an email.

Andrea Stephens, co-head of the Academy, told Birmingham Live: ‘We wrote to all parents around four weeks ago to say that we had taken the initiative by arranging an additional security presence at our front entrance.

‘This followed an incident (on November 26) that involved an assault by people from outside the school.

‘This measure adds another layer of care and safety to the wellbeing of our students as they leave the school.

‘We are taking a tough stand on poor behaviour and will not tolerate unkind or rude behaviour from a very few students.’

The assault took place at the end of the school day on November 26.

A group of non-pupils assaulted a student of Ninestiles Academy – with teachers on duty rushing to his aid in an attempt to protect the student.

A West Midlands Police statement said: ‘Police were called to reports of an assault at Ninestiles Academy in Hartfield Crescent, Acocks Green at around 3.45pm on Monday (26 November). 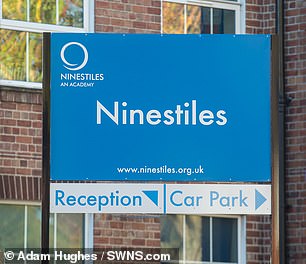 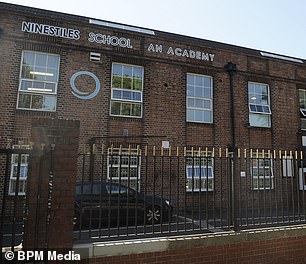 ‘It is believed a fight started between a group of people at the school gates. When teachers tried to intervene, they were knocked over and kicked.

‘Two staff members and a student were left with minor injuries.’

Ninestiles School recently hit the headlines after it banned pupils from talking in the corridors.

Those caught talking face being punished with a 20-minute detention.

Ninestiles School, which educates 1,345 pupils aged 11-18 and is rated ‘outstanding’ by Ofsted inspectors, wrote to parents about the change, many who were angry at the plan.

The letter said: ‘All student movement including to and from assembly, at lesson changeover and towards communal areas at break and lunch will be carried out in silence. Students will leave school in silence following the conclusion of their last lesson.’

Despite the talking ban, the school says pupils will be able to ‘relax and socialise’ in allocated speaking areas.