A man who broke into the school attended by a 12-year-old Japanese Prince, and left knives on his desk admitted he ‘intended to stab him’, according to sources.

The prince, who is second in line to the Japanese throne, and his classmates were not in the classroom at the time of the incident.

According to JapanToday police have not linked Hasegawa with any group.

Hasegawa admitted to leaving the weapons and criticised Japan’s imperial system when he was arrested on April 29. 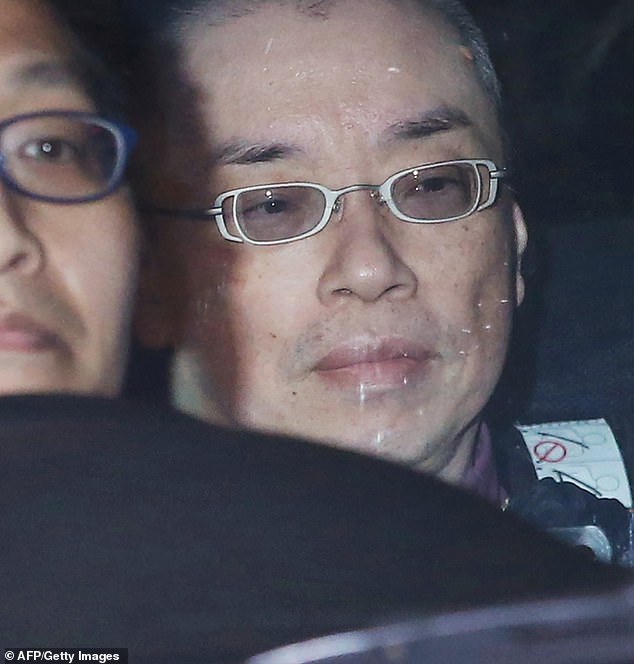 Kaoru Hasegawa who  broke into the school attended by a 12-year-old Japenese Prince, and left knives on his desk admitted he ‘intended to stab him’, according to sources. He is pictured, right, in a police car after being arrested

Security camera footage showed a man with a helmet trespassing on the school grounds at around noon.

Police had been searching for the middle-aged man who was dressed as a construction worker.

An aluminium bar, which had two fruit knives with pink blades attached by duct tape, was found on the prince’s desk and the one next to it.

CCTV captured a man believed to be Hasegawa, walking past the main gate of the university on the morning of the incident and less than an hour later.

The prince began attending the school this month and will attend it for the next three years. 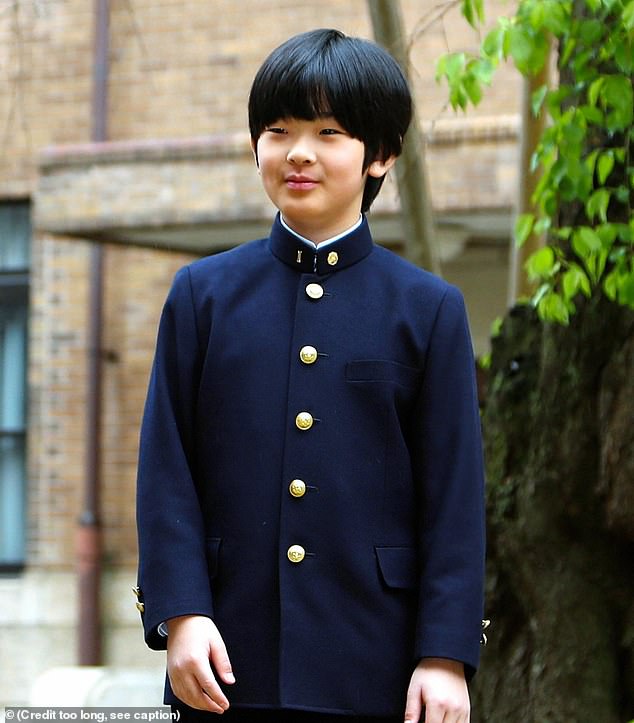 The prince (pictured), who is second in line to the Japanese throne, and his classmates were not in the classroom at the time of the incident.

He is is the grandson of Japan’s former emperor Akihito who abdicated his throne on April 30 and was replaced by his 59-year-old son Crown Prince Naruhito.

It advised them to set up multiple check points at school gates and entrances to look out for suspicious individuals.