LONDON (Reuters) – Prime Minister Theresa May was trying to forge consensus in parliament on a Brexit divorce agreement on Wednesday after the crushing defeat of her own deal left Britain’s exit from the European Union in disarray 10 weeks before it is due to leave.

May was widely expected to see off an attempt by the opposition Labour Party to bring down her government, having secured the backing of her own party’s rebels and the small Northern Irish party which props up her minority administration.

The confidence motion, called on Tuesday after lawmakers rejected May’s Brexit deal by 432-202 – the worst defeat for a British government in modern times – will be held at 1900 GMT.

With the clock ticking down to March 29, the date set in law for Brexit, the United Kingdom is now in the deepest political crisis in half a century as it grapples with how, or even whether, to exit the European project it joined in 1973.

May pledged to work with senior politicians to find a compromise that would avoid a disorderly no-deal Brexit or another referendum on membership but critics said she was not budging from a deal that had alienated all sides of the debate.

“The exercise … (is) about listening to the views of the house, about wanting to understand the views of parliamentarians so that we can identify what could command the support of this house and deliver on the referendum,” May told parliament.

Labour’s finance spokesman, John McDonnell, said May could eventually get a deal through parliament if she negotiated a compromise with his party which wants a permanent customs union with the EU, a close relationship with its single market and greater protections for workers and consumers.

But her spokesman said it was still government policy to be outside an EU customs union while May, an initial opponent of Brexit who won the top job in the turmoil following the 2016 referendum vote, insisted Britain would leave the bloc on March 29, leaving little time for a solution to be found.

Her crushing defeat, though, appears to have killed off her two-year strategy of forging an amicable divorce with close ties to the EU after the March 29 exit.

Labour leader Corbyn said she was now leading a zombie government. Labour says its aim is to win power and negotiate Brexit on better terms. However, many Labour members want to see another referendum with an option to cancel Brexit, and the party says it is ruling out nothing if it fails to bring May down.

Sterling jumped by more than a cent against the U.S. dollar on news of May’s defeat on Tuesday and was holding close to that level on Wednesday. Many investors see the prospect of a no-deal exit receding as parliament hardens its stance against it. 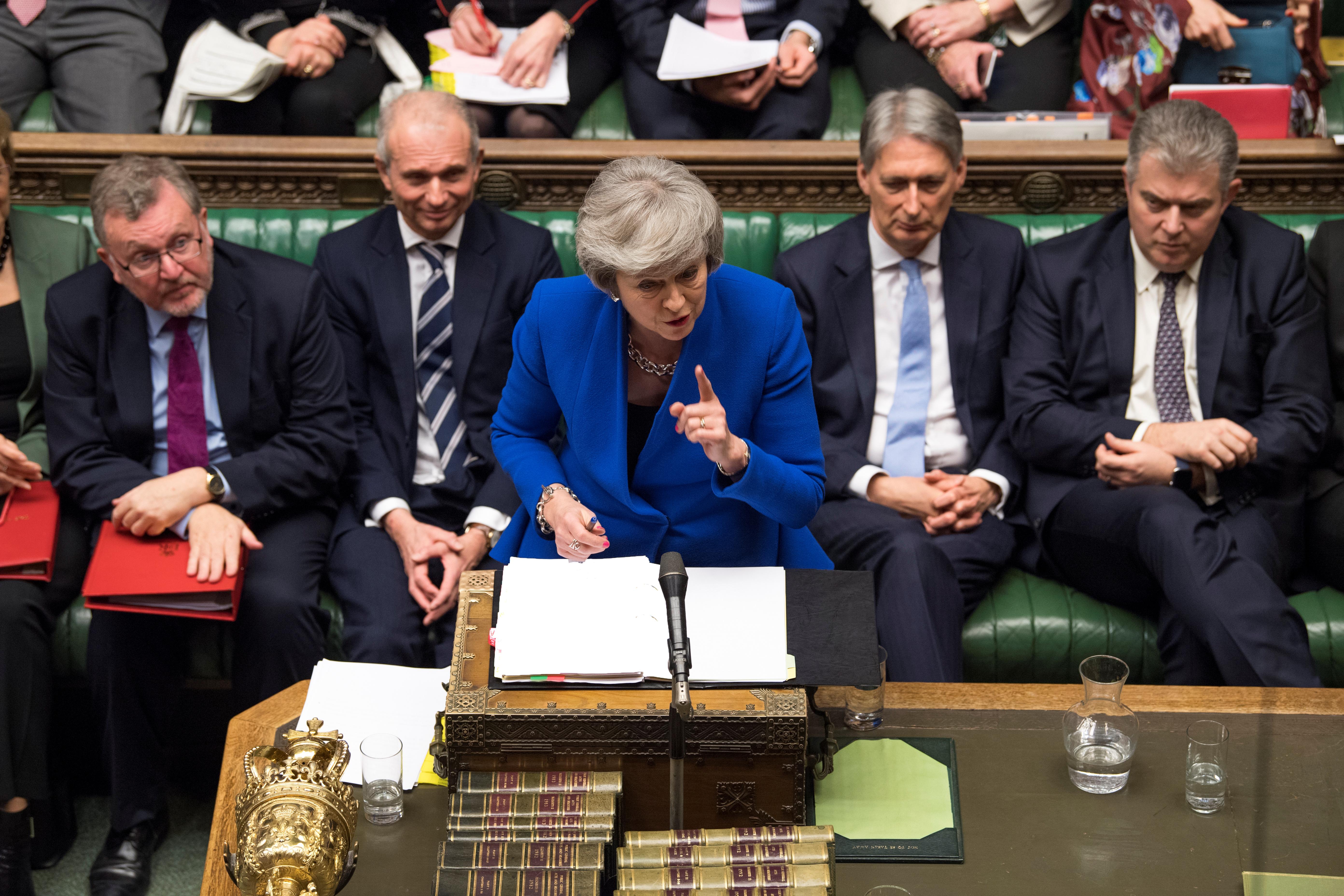 May has said cancelling Brexit is likelier than leaving with no deal, but has repeatedly described any failure to carry out the mandate of the 2016 referendum as “catastrophic” for democracy.

“Should the next step be a general election? I believe that is the worst thing we could do, it would deepen division when we need unity,” she told parliament.

Ever since Britain voted by 52-48 percent to leave the EU in a referendum in June 2016, the political class has been debating how to leave the European project forged by France and Germany after the devastation of World War Two.

Companies are bracing for the possible chaos of a no-deal Brexit that would see trade with the EU switch to World Trade Organization rules which many argue could disrupt supply chains relying on friction-free trade. UBS Wealth Management told investors to limit their exposure to UK assets.

“We would now urge ruling out a no-deal immediately as the only option with unanimous support in parliament,” Britain’s biggest carmaker Jaguar Land Rover said in a statement.

“TIME FOR PLAYING GAMES IS OVER”

Other members of the EU, which combined has about six times the economic might of the United Kingdom, called for discussion but indicated there was little chance of fundamental change to the deal May had negotiated. Germany’s Foreign Minister Heiko Maas said there was not much time left to find a Brexit solution and “the time for playing games is now over”. 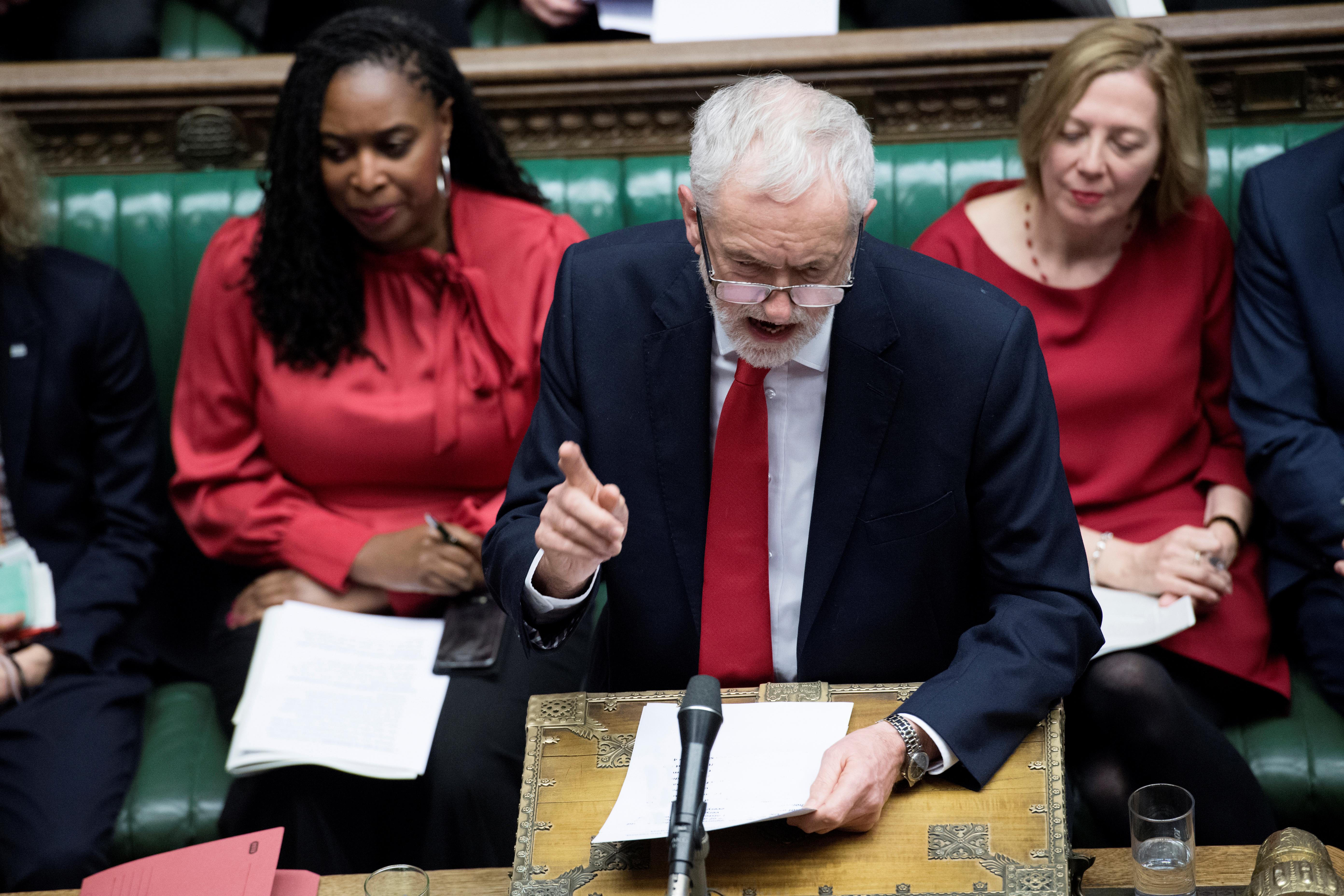 For the EU, already reeling from successive crises over debt and refugees, Brexit is possibly the biggest blow in its 60-year history, though its 27 other members have shown remarkable unity over Britain’s exit.

While some EU leaders and many British lawmakers have suggested that Britain might want to change its mind, Britain’s leaders are concerned that to stop Brexit could alienate the 17.4 million people who voted to leave.

Brexit supporters anticipate some short-term economic pain but say Britain will then thrive if cut loose from what they cast as a doomed experiment in German-dominated unity. Opponents of Brexit say it is folly that will weaken the West, make Britain poorer and torpedo what remains of its post-imperial clout.