A second of David Cameron’s mandarins was allowed to work for both business and Whitehall at the same time, it emerged last night.

Sir John Manzoni kept his £100,000 directorship with drinks giant SABMiller after he was appointed chief executive of the Civil Service.

The revelation came as the country’s top civil servant demanded to know how many other officials are also working in the private sector. 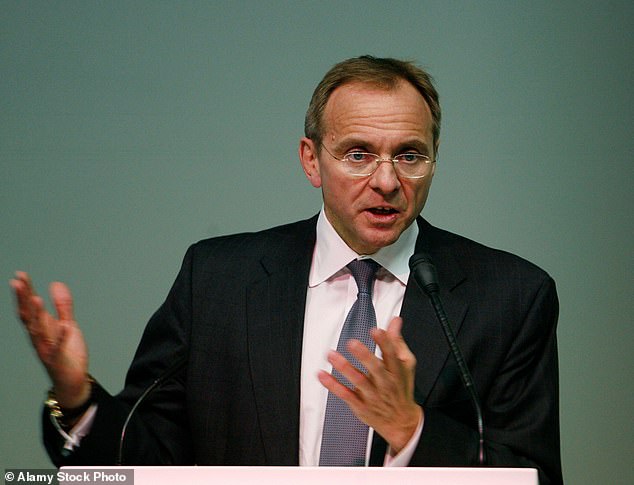 Sir John Manzoni (pictured) kept his £100,000 directorship with drinks giant SABMiller after he was appointed chief executive of the Civil Service

Former BP executive Sir John was allowed to continue in the dual role by the Cabinet Office as it did not believe there was a conflict of interest.

It was only after an outcry from health groups that he was told he would have to give up his pay from the industry role, before leaving the board the year after he joined government in 2014.

He was knighted last year then quit the civil service and became a non-executive director for another drinks giant, Diageo, as well as chairman of energy firm SSE. A furious Cabinet Secretary Simon Case wrote to senior Whitehall colleagues that ‘serious issues have come to light’.

He ordered: ‘If you come across any instances of senior civil servants holding remunerated positions or other interests outside government which might conflict with their obligations under the code please bring them to [my] attention immediately and, at the latest, by the end of this week.’

Meanwhile the Treasury Select Committee, which had previously resisted demands to look into the affair, announced it would now launch an inquiry. 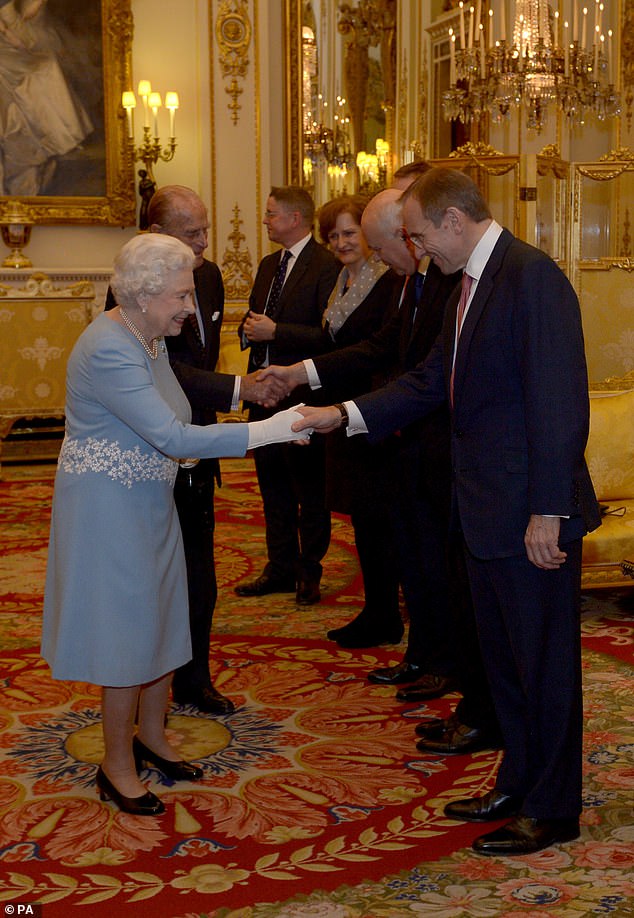 Sir John had been in charge of the Cabinet Office at the time of another surprising arrangement which came to light this week.

Bill Crothers was allowed to become a board adviser to controversial finance firm Greensill Capital while he was still in the crucial role of Government procurement chief. Sir John is likely to have signed off the move, although he did not comment yesterday.

When Mr Crothers left to become a Greensill director in 2016, he did not have to ask approval from the ‘revolving door’ watchdog, the Advisory Committee on Business Appointments (Acoba), as he was already working for the firm.

Boris Johnson is understood to be concerned about the arrangement, which will be investigated as part of the review into Greensill and the way in which Mr Cameron lobbied Government on its behalf to get huge Covid support loans. 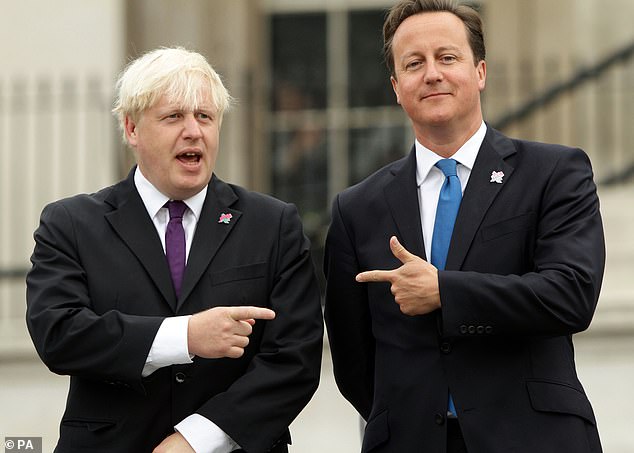 Boris Johnson is understood to be concerned about the arrangement, which will be investigated as part of the review into Greensill and the way in which Mr Cameron lobbied Government

Chairman of Acoba Lord Pickles has also asked the Cabinet Office to state how many other officials have been allowed to work for private firms. At Prime Minister’s Questions, Labour leader Sir Keir Starmer said the anti-corruption team of hit TV series Line of Duty needed to get involved.

He told Boris Johnson: ‘The more I listen to the Prime Minister, the more I think Ted Hastings and AC-12 is needed to get to the bottom of this one.’

Mr Johnson – who claimed he could not remember when he last spoke to Mr Cameron – admitted: ‘I share the widespread concern about some of the stuff we are reading at the moment.’

But Labour lost its bid to force ministers to hold a parliamentary inquiry after Tory MPs lined up to accuse it of playing party politics. Andrew Bowie said that although the Greensill saga left a ‘bad taste in the mouth’, there was already an independent inquiry in train.

But Miss Reeves criticised the ‘wholly inadequate’ review established by the PM, which will be led by lawyer Nigel Boardman.

She told MPs: ‘It’s a fact that Nigel Boardman is a very good friend of the Conservative Government. Some may suspect the son of a former Conservative cabinet minister might be unlikely to make waves – but let’s look at his own record.

‘Mr Boardman has been paid over £20,000 per year as a non-executive director at the Department for Business, Energy and Industrial Strategy – a department with a real interest in the British Business Bank, which lent to Greensill and the British steel industry, where so many jobs are at risk.

‘Mr Boardman has already whitewashed the Government’s handling of public procurement during the pandemic, and I fear he will do the same again with this inquiry.’

Ministers and mandarins who break lobbying rules when they go to work for the private sector can now be denied knighthoods and peerages.

Former government figures who are nominated for honours are being vetted to see if they have taken up jobs without getting approval first, or rushed to approach ex-colleagues on behalf of business.

The Honours and Appointments Secretariat now contacts the watchdog that approves business appointments for former ministers and top civil servants to see if they are fit to be given gongs. 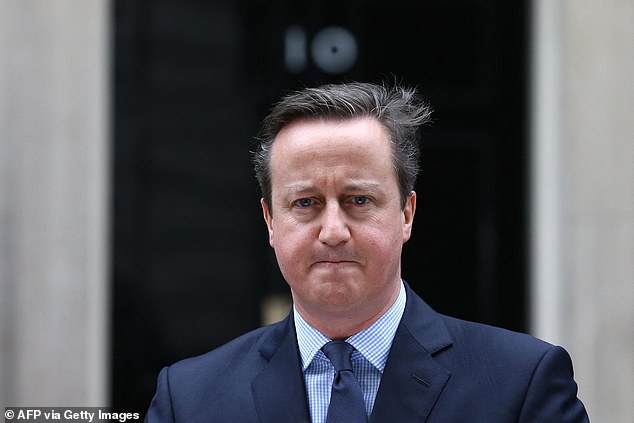 The move, quietly introduced by the Cabinet Office last year, is intended to ensure that they do not ignore the Business Appointment Rules, which are meant to prevent them profiting from their knowledge of and contacts within Whitehall. It comes after widespread concern that the Advisory Committee on Business Appointments (Acoba) is a toothless watchdog.

Although David Cameron did not break any rules in his lobbying of ministers on behalf of controversial finance firm Greensill Capital, the growing investigation into the scandal could identify others who did – and they could be denied the prestigious awards traditionally given to retiring senior public servants. Acoba chairman Lord Pickles wrote this week: ‘Any failure to comply with Acoba’s advice will be taken into consideration as part of the vetting process in awarding honours.’

Under the rules, ex-ministers or top civil servants who are offered paid or unpaid roles within two years of leaving office are meant to seek approval from Acoba first.

Those who take up jobs with lobbying firms are usually banned from approaching former colleagues in Government for two years. But until now there have been no sanctions for those who flout the rules.