The Shigir Idol, made shortly after the end of the last Ice Age, depicts eight “demon” faces but they may not have been evil, according to Dr Mikhail Zhilin, of the Russian Academy of Sciences. 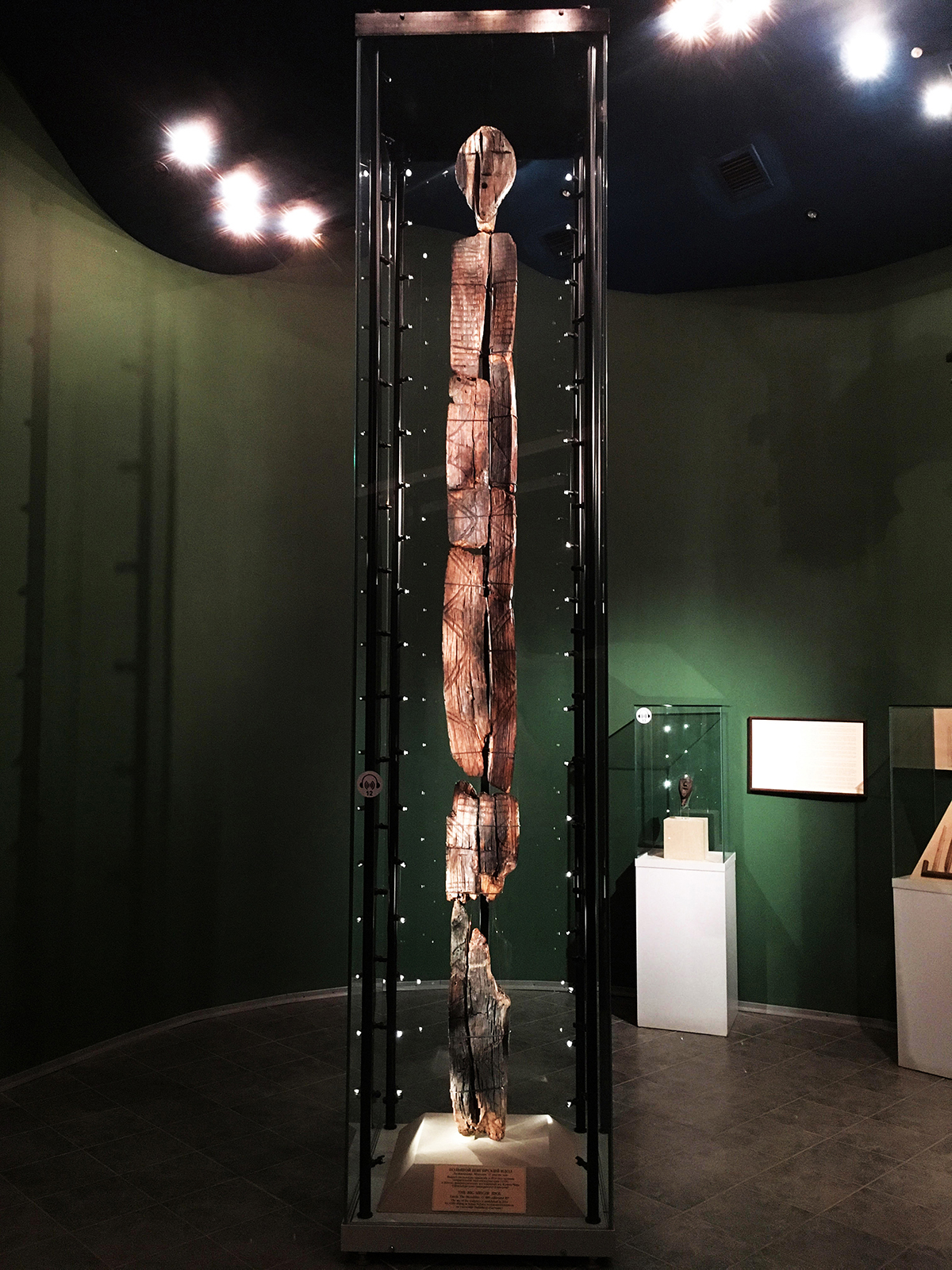 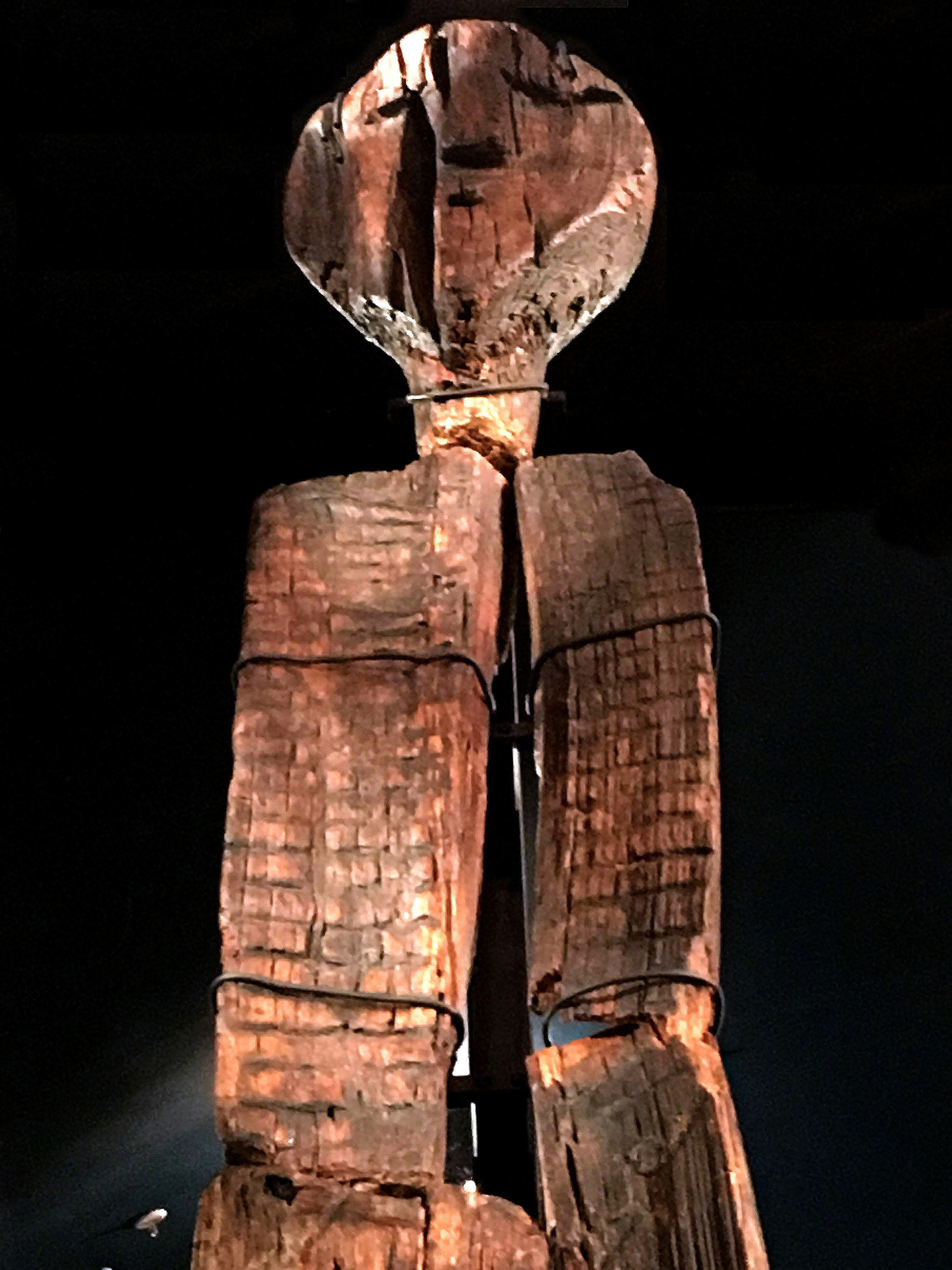 A haunting O-shaped mouth plus its mysterious zigzag etched lines and symbols show that Mesolithic hunter-gatherers had a “rather complicated world view” along with unexpectedly advanced artistic skills.

One is that it stood not in the ground but probably leaning against a rock outcrop for perhaps 20 years before toppling into an ancient and long-gone paleo-lake to be preserved for posterity.

Found in the Ural Mountains by tsarist gold prospectors in the 19th century, it was encased in peat for thousands of years and, despite being made of larch, is seen as one of the world’s oldest known examples of monumental art.

THREE TIMES OLDER THAN THE PYRAMIDS

The idol is three times as old as the Egyptian pyramids and was sculpted with the jaw of a beaver, its teeth intact.

“The word 'demon', for example, has a very wide range of meanings even in English – from devil to good genius,” said Dr Zhilin, a leading researcher of the academy’s  Age Archeology Department.

‘‘In fact, given that we do not know the context 11,500 years ago, we cannot say exactly what the [markings on the idol] depicted.”

But he added: “Apparently these were some kind of spirits.

“Not deities, because we think that deities appeared later.”

"We must not underestimate the people who created the idol.

“They had all the necessary tools and skills – and they had a rather complicated world view.

“All the world was inhabited with different spirits.

“And not only the animals and the trees but even the stones were animated.

“We think it was something close to animism… I see in these images unity and diversity of the world around.

“And it was definitely not divided just into kind and evil spirits.”

He told the Siberian Times: “It is unlikely to be possible, at least in the near future, to speak seriously about deciphering of what is depicted there.

New artists’ impressions show how the idol may have looked propped up against a rock face.

“Based on the the facts I can clearly say that it was not dug into the ground, like Totem poles,” he said.

“It was standing on a relatively hard, presumably stone, pedestal, because the lower part is flattened by strong pressure and this sculpture was quite a heavy.

“It stood in this way but not for a very long time.”

German dendrologist Karl-Uwe Heussner discovered it was on display like this  for no more than around two decades.

“After that a crack appeared in the middle – and a series of smaller cracks,” said Dr Zhilin.

“Then it fell into the water… there was a big Shigir paleo-lake.”

Another theory is that the idol could have been floated on a raft on the lake but “‘we have no data to confirm this”, he said.

“It was definitely standing on some stone base  in the open air and there were no supports.”

It could also have leaned against a tree, he said.

A leather strap might have fastened it into place or something similar.

“For example rawhide straps – they would not leave any significant trace.

“I tend to think that it was standing near the water, in quite a secluded place, and most likely it was resting on a rock.”

The idol is on display at the Sverdlovsk Regional History Museum in Yekaterinburg. 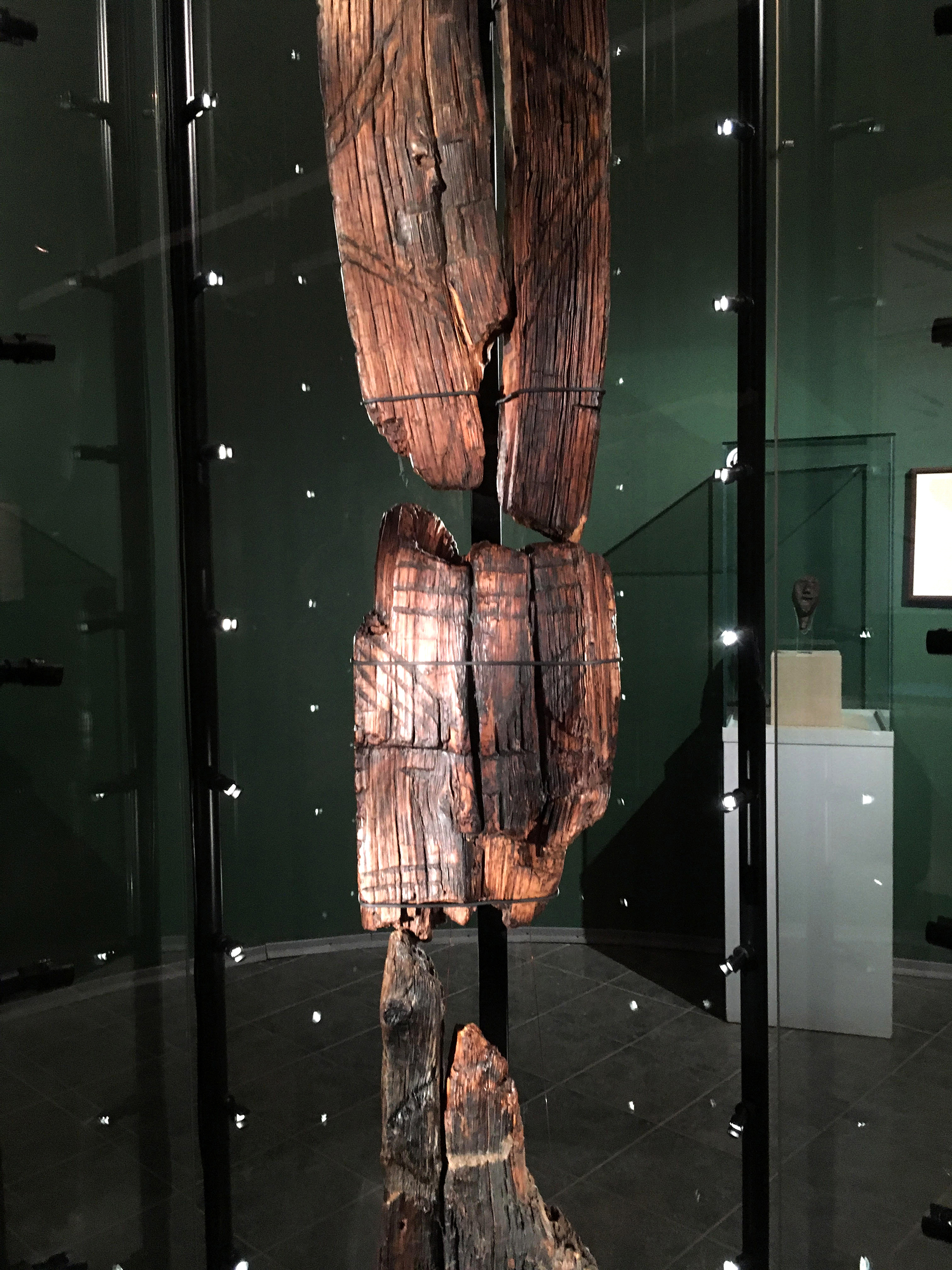 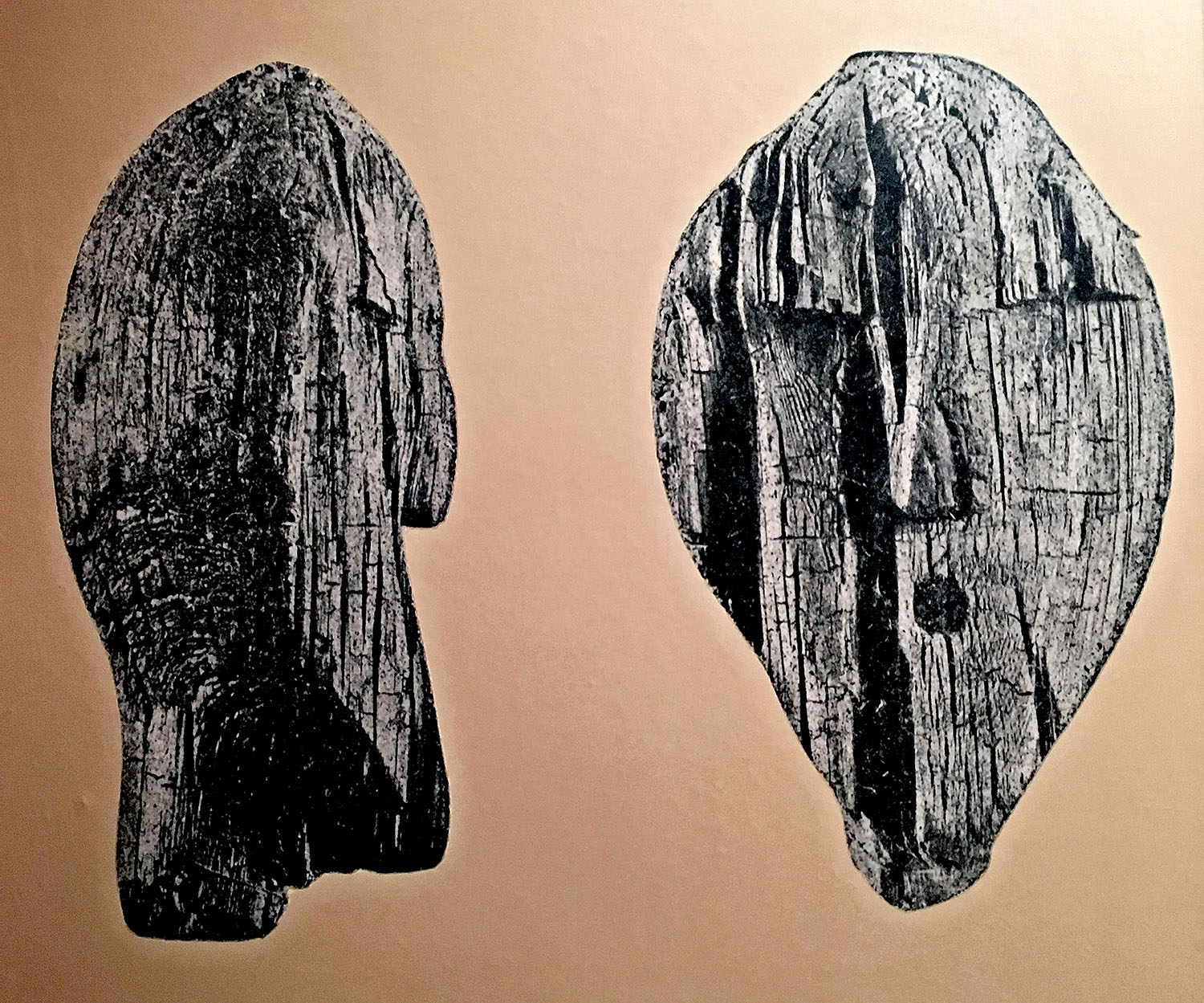 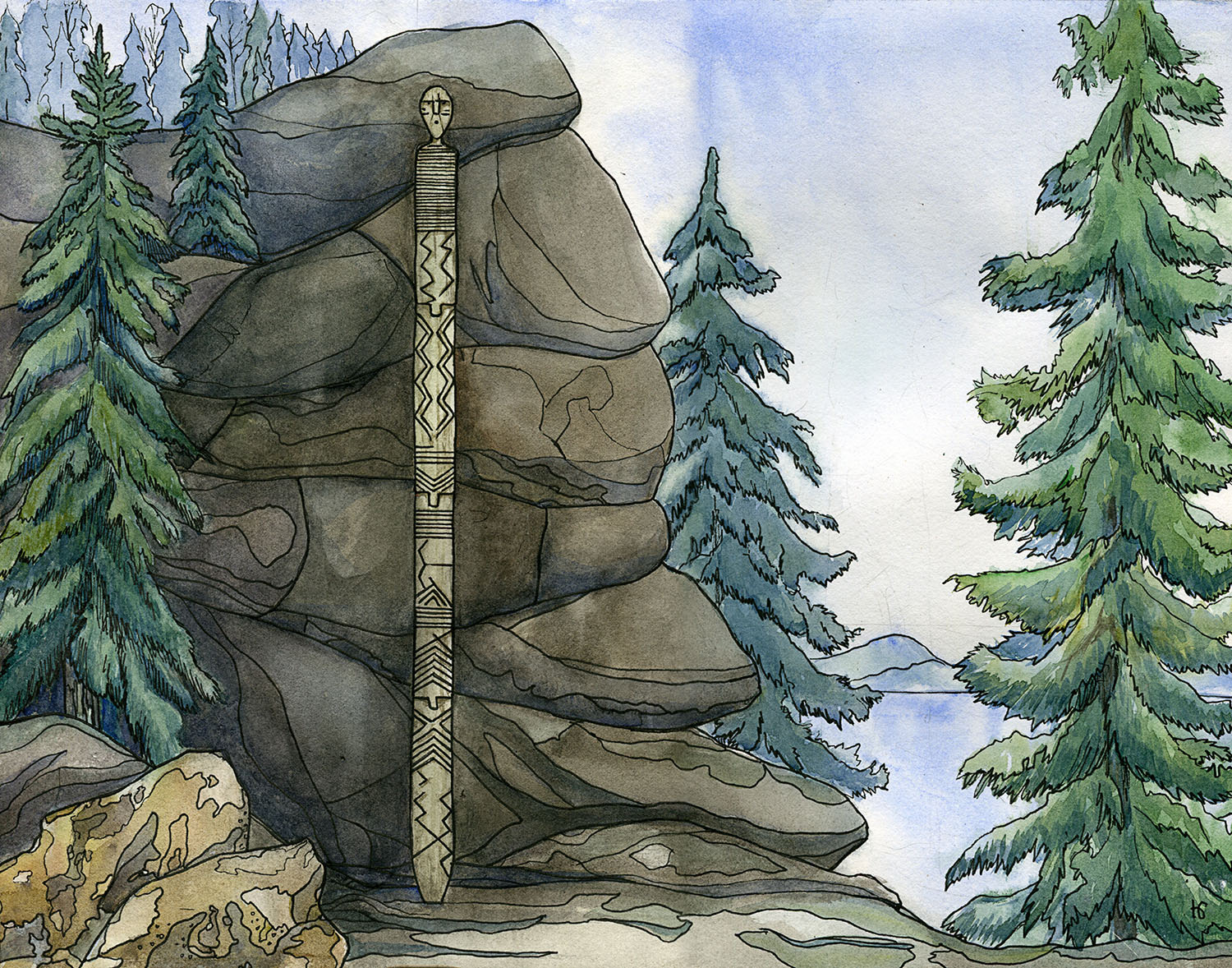 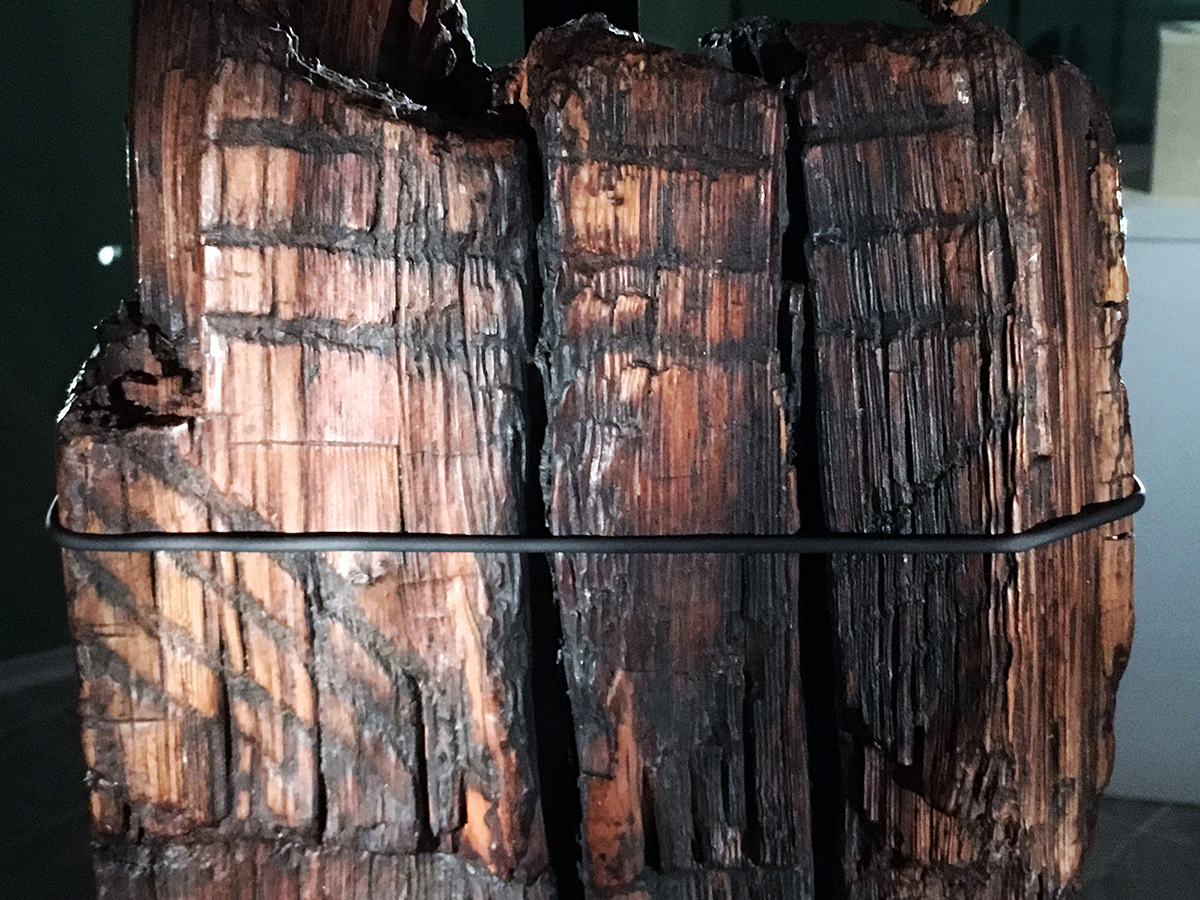 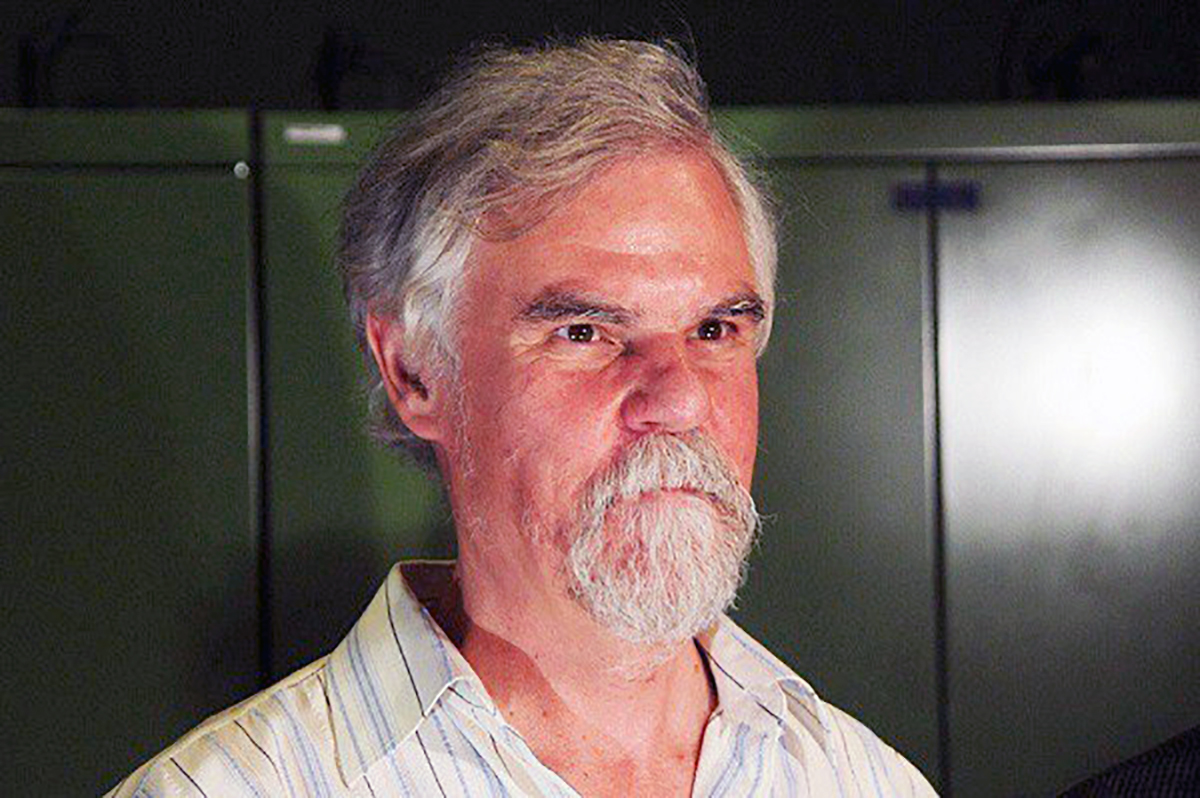