Concerns have been raised over changes to Britain’s border arrangements being brought in today.

From this morning, millions more passengers arriving at UK airports can use ePassport gates rather than speaking to a border guard.

Also from today, hundreds of thousands of other non-European arrivals will no longer have to fill in landing cards, which contain details of a person’s name, contact address in Britain and the length of time they intend to stay.

The move is designed to speed up border controls, but some within the border force fear controls on those entering the country will be weaker. 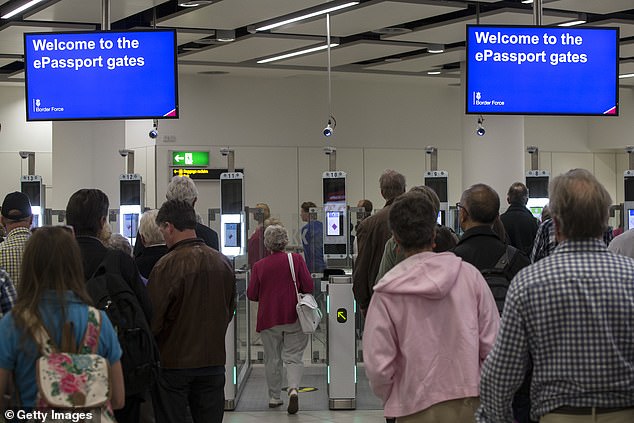 A source told the Daily Express: ‘It is tantamount to granting free movement to another seven countries rather than restricting it to the EU 27 [European countries].

‘The ISU [the Union for Borders, Immigration and Customs] are furious, and rightly so in my view. We should be introducing a UK ETA [electronic travel authorisation] on a reciprocal basis with these countries so we can conduct pre-travel risk assessments as they do to us.’

Which nationalities can now use ePassport gates?

The government says the countries are considered ‘low risk’.

There were more than 10 million arrivals in the UK by nationals of the seven newly eligible countries in 2017.

The Immigration Service Union (ISU) has also raised concerns about the scrapping of landing cards for International visitors from other countries beyond those seven.

David Wood, former director general of immigration at the Home Office,  has said the cards are a ‘useful intelligence tool’.

ISU Officer Lucy Moreton told The Independent: ‘This is not taking back control of our borders. This is further weakening them.’ 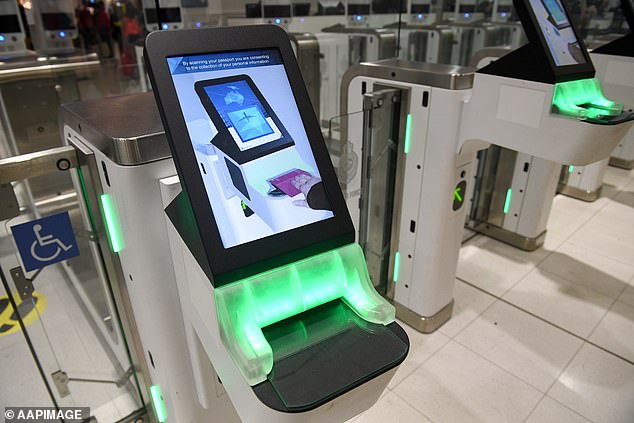 The gates compare a traveller’s face with the details in their passport, but some are concerned it could weaken security

Karen Dee, chief executive of the Airport Operators Association, said: ‘As airports prepare for the busy summer months, we know that no-one likes to wait long in a queue for passport control.

‘That is why airports work closely with Border Force to ensure the border is welcoming, while maintaining the UK’s security.

‘Enabling more passengers to use ePassport gates is an important next step in our joint efforts to enhance the welcome at the border.’

How do ePassport gates work? 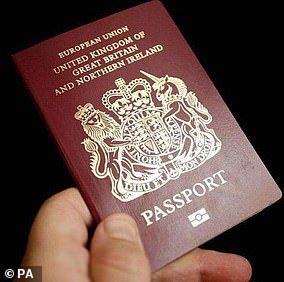 There are 264 ePassport gates in operation at 15 air and rail terminals in the UK and ‘juxtaposed’ border controls in France and Belgium.

The gates use facial recognition technology to compare the passenger’s face to the digital image recorded in their passport.

The gates are monitored by Border Force officers and anyone rejected at the gates is sent to a manned passport check to have their identity and passport checked.

They can be used by passengers aged 18 and over who are travelling using a biometric or ‘chipped’ passport. Those aged 12 to 17 who are accompanied by an adult are also eligible.