Ziguinchor, Senegal – On a hot, steamy day in Ziguinchor, a small coastal city in Senegal’s southern Casamance region, 31-year-old Marie Leocadie Coly walks into a recording studio, turns on the fan and puts on her headphones.

At the signal from the producer sitting behind the glass window, Coly begins to speak into the microphone.

“Welcome to Radio Kassumay, the radio of Women for Peace and Development of the Casamance,” Coly says cheerfully as she begins her live, one-hour broadcast.

Coly is one of the 52 female reporters who make up the Network of Community Radios for Peace and Development in Casamance, a group of 18 radio stations, run entirely by women, that span Senegal’s southern region, which is home to one of Africa’s oldest separatist movements.

Since the creation of the first station in 2004, the broadcasts have become an essential platform for the promotion of peace in the country.

“The radio [stations] have played a key role in breaking the communication barrier between opposing sides in the Casamance conflict,” says Abdou Sarr, director of World Education, a non-profit organisation that funds several peacemaking programmes in Senegal, including the radio network.

“But our goal is also to inform and empower women, who play a key role in the peacemaking process,” Sarr adds.

Casamance is separated from the rest of Senegal by The Gambia. Ethnic and religious differences between the two regions, as well as a sense of economic and political marginalisation from the rest of the country, led to the rise of an independence movement in Casamance in 1982.

Thousands of people have been killed in the more than three-decade-long conflict, and tens of thousands have been displaced, according to the UN.

While the Movement of Democratic Forces of Casamance (MFDC) and the Senegalese army declared a unilateral ceasefire in 2014, violent clashes have continued in recent years.

In the recording studio, a large board displays Radio Kassumay’s weekly programming. Conflict and cross-border issues, religion, children’s rights, women’s rights, and disability are some of the segments featured.

Intercalated between these are blocks of music featuring a wide range of genres from local music and choir music to American hip-hop. 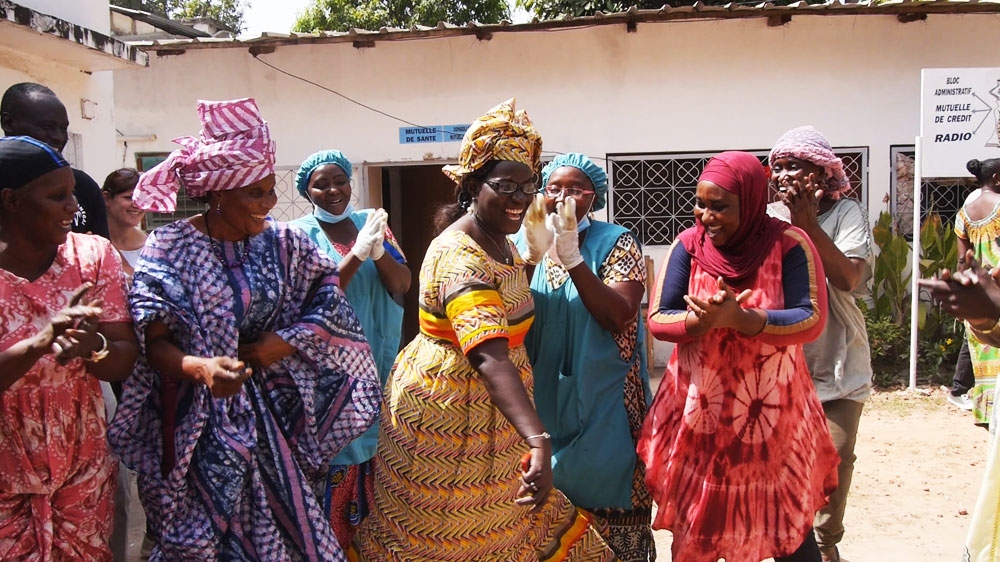 The radio shows, which are recorded in 17 different local languages, seek to promote dialogue among different communities in the country to foster a sense of unity.

“People here [in Casamance] think that they are not really a part of Senegal,” says Aminata Mane, a women’s rights activist and reporter at Radio Kassumay.

“This radio is a tool for all of Senegal’s population to communicate, whether you are Wolof or Jola. We want to give a floor to the government and the whole population to exchange opinions, so that everyone understands what others are saying,” Mane adds.

One of the main strategies the radio stations use is to take advantage of a cultural tradition unique to the Casamance region: the historical role women have played in conflict prevention and resolution in Jola communities.

While only four percent of the population in Senegal is Jola, it is the predominant ethnic group in Casamance. The Jola mainly practise traditional beliefs.

“While women are generally highly respected in Wolof and other Senegalese and African traditions, it is not documented that they play a major role in times of conflict in any of these traditions,” says Ousmane Sene, director of the West African Research Center.

“But among Jola people, women are known to be peacemakers,” Sene adds. “If there’s a dispute in their villages, they can threaten to undo their loincloths until the dispute is settled. Many women are also believed to be endowed with special spiritual powers.”

Besides using their voices to promote dialogue, women in the region have been leading other on-the-ground initiatives to ensure long-term peace and stability in the region.

The Platform of Women for Peace in Casamance is an umbrella organisation that brings together the work of 170 member associations and over 2,500 women across Casamance.

In Ziguinchor, the platform runs several rehabilitation centres that provide health and psychological support to victims of the conflict who have faced rape, gender violence, amputation from landmines, and displacement.

“Whenever there is a war, a woman’s body becomes the battlefield,” Ndeye Marie Diedhiou, coordinator of the platform, says. “We take care of these victims and train them and other women in communication and negotiation skills, so they can go back to their communities and raise awareness about the consequences of the war.”

Kabonketoor, another organisation that is part of the platform, has put in place programmes in over 30 villages to empower women economically and politically. They train women in activities such as cattle breeding and palm tree harvesting and encourage women to participate in their local governments.

Back at the radio station in Ziguinchor, Coly and Mane join their colleagues in the building’s patio area, where several women are cracking cashews and packing them in small plastic bags.

A small room nearby acts as a store where the women sell different local products, including baobab juice, dried fish and spices.

Kassumay Radio, which is entirely run by volunteers, had been financed mainly by the US Agency for International Development (USAID) since its founding nearly 15 years ago.

But last year, the organisation stopped receiving funds from USAID with no explanation.

Since then, the women have taken up cashew-harvesting and created a food market to help ensure their financial autonomy.

In spite of the shift in funding, Mane says she is optimistic that the organisation will be able to continue to operate through other alternative fundraising activities.

She adds that although a lot of progress has been made, there is still work to be done.

“We can’t say that the conflict has completely ended in Casamance, but thanks to women, things have calmed down,” Mane says.

Reporting for this piece was supported by the International Reporting Project (IRP).