A massive storm developing in the Southwest will be tracking northeast into the central U.S., creating blizzard conditions, flooding and severe storms that may produce tornadoes.

Snow already fell in southern California yesterday, just outside of Los Angeles and San Diego. Rain is falling in those cities now as well as in Phoenix and Las Vegas.

This morning, 18 states from California to Wisconsin are under warnings or alerts, as the storm’s center delivers more precipitation as it makes its way east. 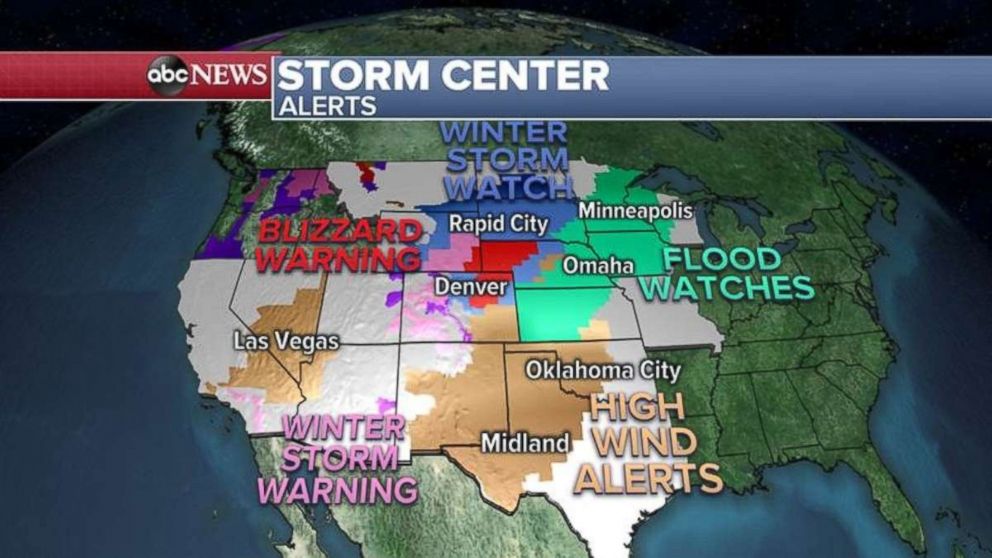 The storm system by tonight should move into the central Rockies, with a cold front extending into western Texas, which could see an outbreak of severe weather, with damaging wind, large hail and possibly a few tornadoes. 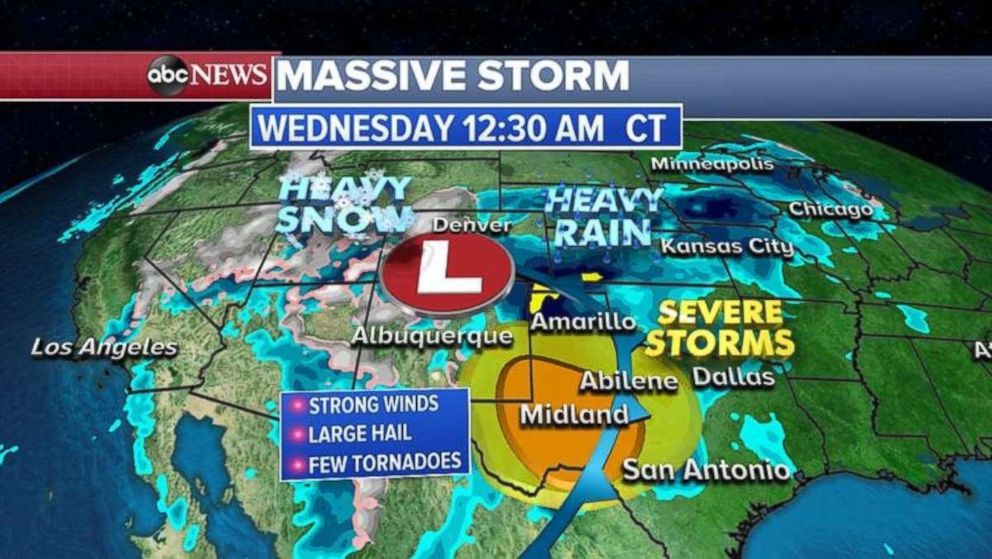 By Wednesday and into Thursday, the storm will head into the Plains, with more heavy rain and snow expected. Trailing the storm, in Colorado and up to the Dakotas, will be blizzard-like conditions.

Along the Gulf Coast, large swaths of which recently were devastated by severe weather including tornadoes, more tornadoes are possible on Wednesday and Thursday. 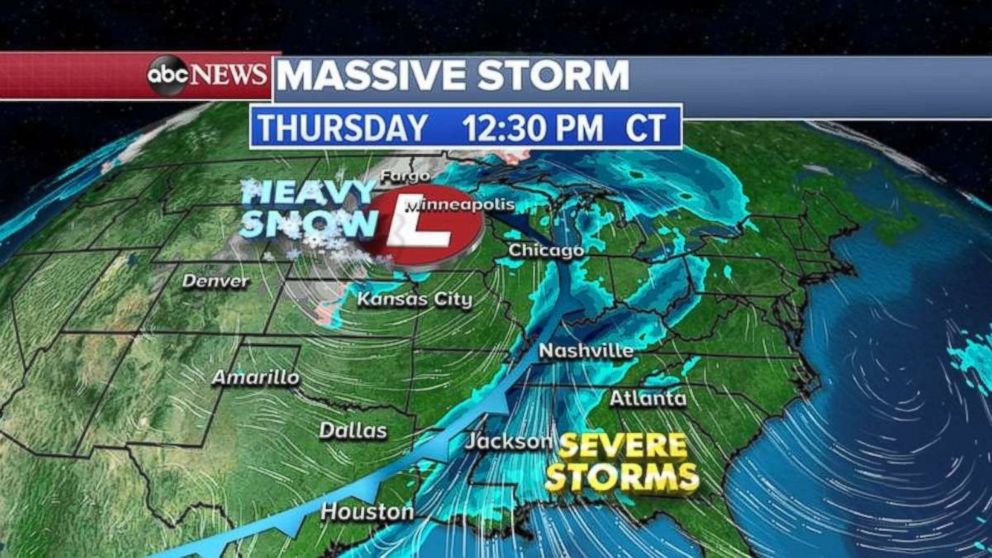 Locally, over the next several days, 12 to 18 inches of snowfall is possible from Colorado up through the Dakotas. 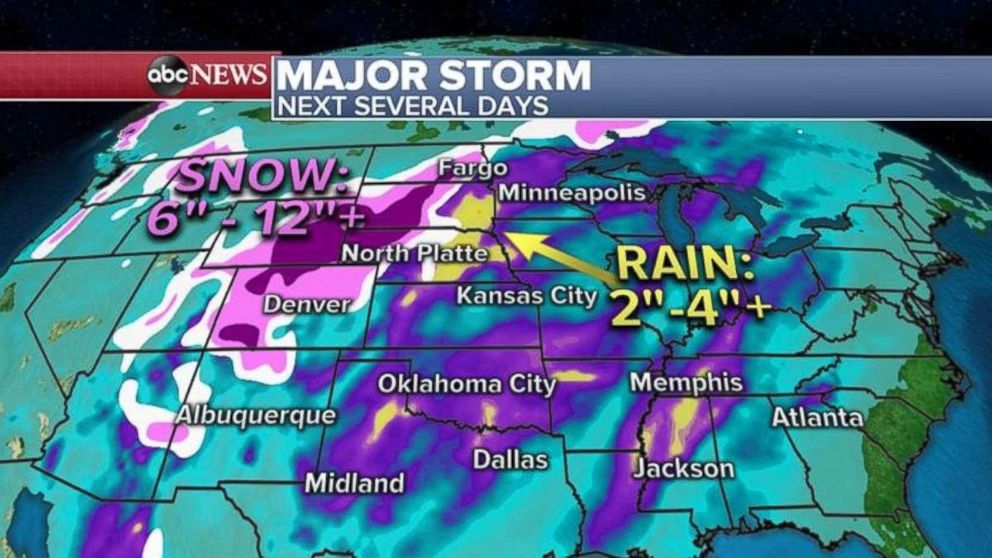