‘Sex instructor’, 28, who tried to meet a 14-year-old schoolgirl so he could ‘educate her’ is jailed for two years after being snared by vigilante paedophile hunters 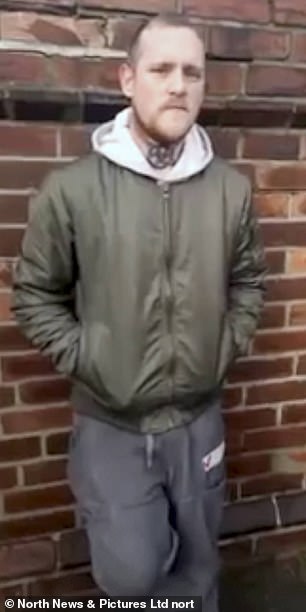 John Sewell sent graphically detailed instructions and explicit videos to what he thought was a 14-year-old girl, before heading to meet her with three condoms in his pocket

A ‘sex instructor’ who tried to meet an underage schoolgirl so he could ‘teach her how to be intimate with men’ has been put behind bars.

John Sewell claimed to have ‘taught a few shy virgins’ using his body and sent the 14-year-old graphically detailed instructions and explicit videos before they were due to meet in person.

But Newcastle Crown Court heard the 28-year-old had been duped by paedophile hunters Geordie Chasers, who set up fake profiles online to snare perverts looking for contact with children.

The group had set up a fake account on social media site ‘Nearby’ and had posed as 14-year-old ‘Ellie’ during the online chats with Sewell, of South Shields.

When he turned up to meet her at Hebburn Metro station last January, he was confronted by the gang who had a video camera and the police in tow.

Prosecutor Rachel Masters told the court Sewell was told straight away he was chatting to a 14-year-old when he made contact with the fake profile.

She added: ‘He quickly started sending messages of a sexual nature, asking if she liked older men and stated he had taught virgins to have sex in the past.’

Miss Masters said Sewell gave online instructions to the youngster on how to carry out various sex acts, sent videos to ‘educate her’ and said they could meet in person, as long as he could ‘trust her’.

In one message he boasted: ‘I have taught a few shy virgins before. They were shy and scared. They asked me to teach them using my body.

‘I haven’t taught anyone in years, I have to trust them to keep it between us.’

The court heard Sewell asked ‘Ellie’: ‘If you had the chance, would you try things with a lad, if he wanted to teach you and not judge you on whether you were good or not?’

Sewell gave instructions on how to carry out various sex acts, to his online correspondent, whom he believed was an underage girl. He said they could meet in person, as long as he could ‘trust her’

He asked ‘Ellie’ for pictures when she was in the bath, encouraged her to perform solo sex acts and sent pictures to her of his genitals.

When Sewell was arrested at the Metro station, where he planned to meet ‘Ellie’, he had three condoms with him.

Sewell pleaded guilty to attempting to meet a child following sexual grooming and attempting to engage a child in sexual activity.

The judge told him: ‘You asked her if she would be willing to participate in sexual activity if you gave her instructions.

‘You told her you would show her how to perform sexual intercourse and provide videos on the subject. In due course, you did provide her with videos.

‘You told her you would teach her in person as long as you could trust her to keep it quiet.

‘You claimed that previously you had taught a 17-year-old such similar matters.

‘You asked her what she would be wearing and sent explicit videos to her and advised her to watch them so she could educate herself.

‘A meeting had been arranged and members of Geordie Chasers attended. In advance, they had notified the police.’ 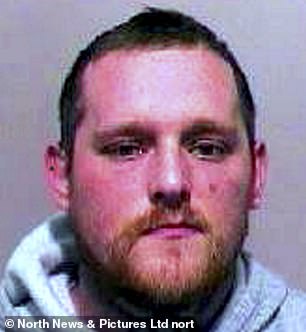 Jennifer Coxon, defending, said Sewell had gone through difficulties since he was school age and has been subjected to bullying and street attacks in the past.

Miss Coxon said Sewell, who has had relationships in the past but none serious, was out of work when he started using chatrooms and was leading an ‘isolated lifestyle’.

She added: ‘He found himself talking to someone he gained attention from, it was attention he had not had for a significant amount of time.

‘It was some attention, attention which has clearly gone too far and brought him here today.

‘It is something he will never, ever do, ever again.’