Students, advocates, researchers and now a congressional watchdog agency are urging public schools to rethink their dress codes, which some argue are sexist, racist and classist, foster a culture of inequity and can interfere with some kids’ access to an education.

These issues were at the center of protests against local dress codes nationwide, including in Cobb County, Georgia; Longview, Washington; and Sharon Hill, Pennsylvania, when schools returned to in-person learning following pandemic-related closures.

Onehigh-profile case at a North Carolina charter school – where girls were once required to wear skirts, skorts or dresses until a federal court intervened – could be heard by the U.S. Supreme Court.

Nearly all – about 93% – of the nation’s schools have some kind of dress code policy, with about half of all schools enforcing a strict dress code, and about one in five schools requiring uniforms, the Government Accountability Office found in a report late last year. Most districts have some variation of bans against spaghetti strap shirts, short skirts, leggings, muscle shirts, sagging pants or certain clothing colors or logos.

Although often created in the name of safety, some of these rules can actually jeopardize students’ well-being.

What can the federal government do?

The GAO report is among the first federal callouts for intervention, though groups including the American Civil Liberties Union have long argued that problems accompany school uniform policies.

GAO’s analysis shows school uniform policies make some students feel unsafe and by nature discriminate against students of certain cultures and religions. And discipline in response to violations takes learning time away from kids.

The agency conducted an analysis looking at informal removals for dress code violations in response to a request from Reps. Bobby Scott and the late Donald McEachin of Virginia, both Democrats, and because of a provision tucked into an appropriations bill that requested the agency study it.

GAO asked the Education Department to clue local school leaders in to the negative effects dress codes have on equity and safety of their students.

In its report, the agency says Black and Hispanic students are more likely to attend schools with rules around dress codes than white peers and that the policies create “inequitable enforcement of discipline.”

“While school districts often cite safety as the reason for having a dress code, many dress codes include elements that may make the school environment less equitable and safe for students,” the report says.

The federal government doesn’t have a direct say in whether local schools implement dress codes, but it can offer guidance.

In response to the recommendations for the Education Department, Catherine Lhamon, assistant secretary for the department’s Office for Civil Rights, said her office is evaluating how to further broach the topic of school uniforms as a civil rights issue with school district leaders.

Why do districts have dress codes?

Many local school leaders who ultimately make the call on whether to enforce dress codes are firm that rules about how students dress can foster school safety and equity among students. Proponents of school uniforms and dress codes also argue the policies can reduce crime, prevent bullying and prepare kids for the workforce.

U.S. public schools first began to require uniforms in the 1980s, according to Britannica ProCon. In 1994, the Long Beach Unified School District in California was the first to mandate uniforms for all elementary and middle school studentsin attempt to keep kids safe fromnearby gang activity. More schools in California and nationwide followed suit, but many now argue the rules are outdated. 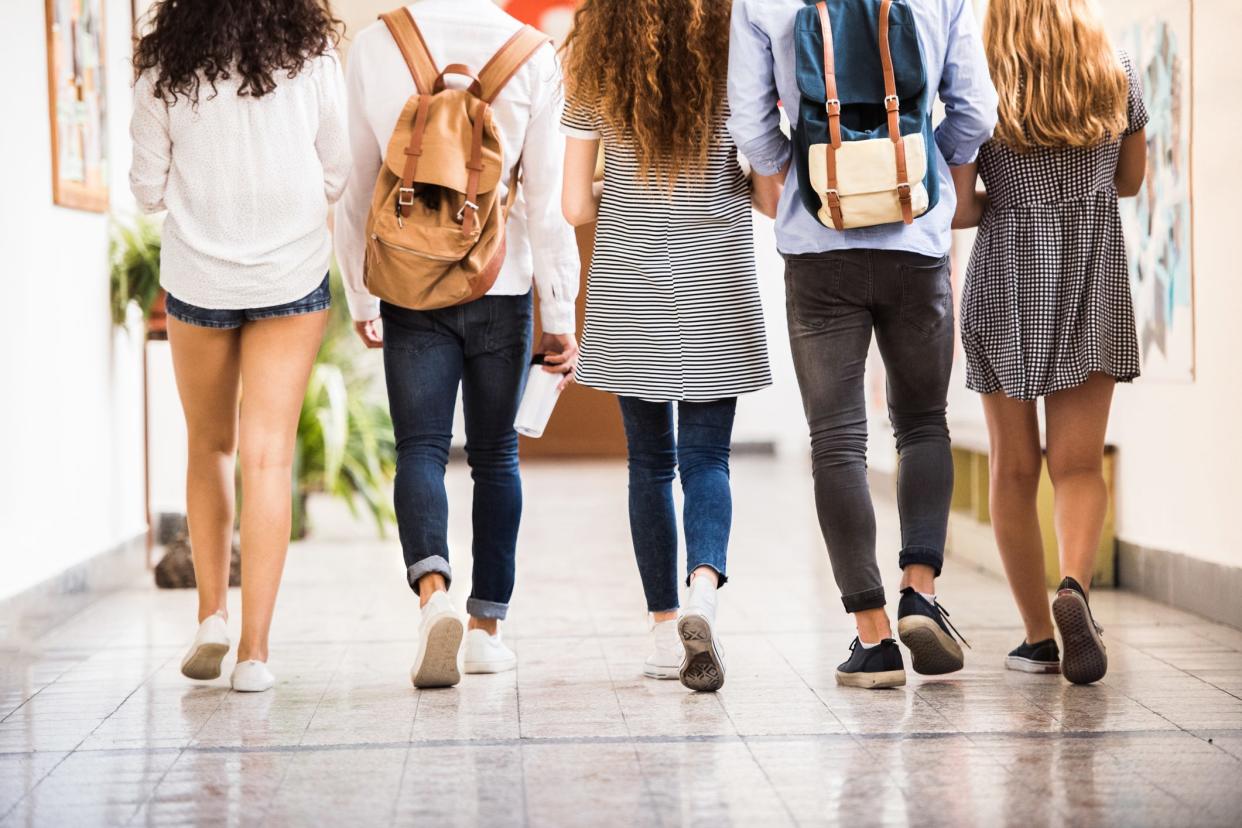 What to wear? Schools increasingly making that decision

What else does the report say?

GAO officials were also concerned about policies with rules about students’ hair, hair styles or head coverings that can “disproportionately impact Black students and those of certain religions and cultures,” and uniform checks that often require adults to closely evaluate the lengths of skirts or widths of shirt straps.

More: The pandemic put school dress codes into perspective: ‘We want control of our lives’

“This type of over-policing of the body starts in the early years and oftentimes is heightened in the school environment by adults,” the report reads.

What’s next on the school uniform debate?

The number of schools with strict dress codes is dwindling: Schools with dress codes considered to be strict had dropped by about 10% in 2020 compared to the 2013-14 school year, though only a small number of schools requiring uniforms have dropped that mandate since then, according to data from the National Center for Education Statistics included in the GAO report.

One San Francisco Bay Area district, for example, relaxed its strict dress code in 2018 after a group of students who were upset about being penalized for violations proposed a new policy to school officials.

Experts urge schools where rigid dress codes remain in place to look closely at how policies are helping or harming students.

“I think that the messaging of some dress code policies has been that the clothing or hair that is deemed “inappropriate” serves as a distraction to learning,” said Courtney Mauldin, an assistant professor in the Department of Teaching and Leadership at Syracuse University. “However, for the racial, gendered and cultural groups that are disproportionately affected by these policies, their instructional time is what suffers.”