Shocking CCTV footage shows a elderly woman being bundled to the floor as she mugged of her handbag.

The video shows the victim walking slowly up what is believed to be Stratford Road in Birmingham yesterday morning.

A man wearing a hood and black coat then approaches her from behind and quickly grabs her handbag pulling it towards himself.

The elderly victim attempts to keep hold of the bag and is pulled to the floor and the man manages to get the bag from her and run off down the street. 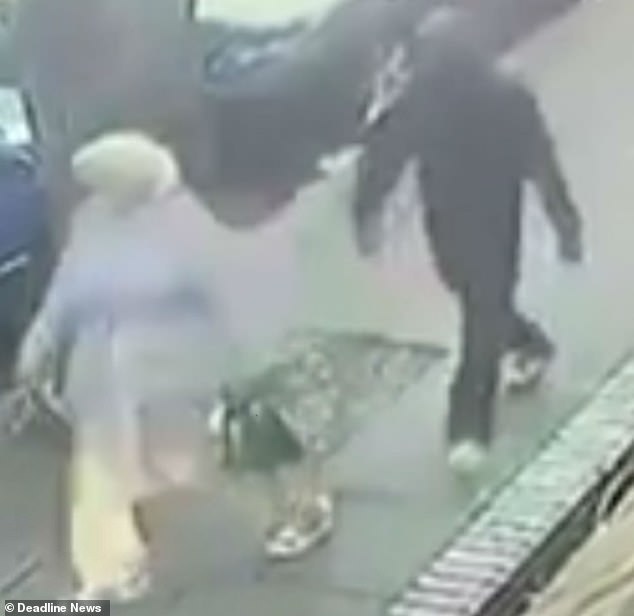 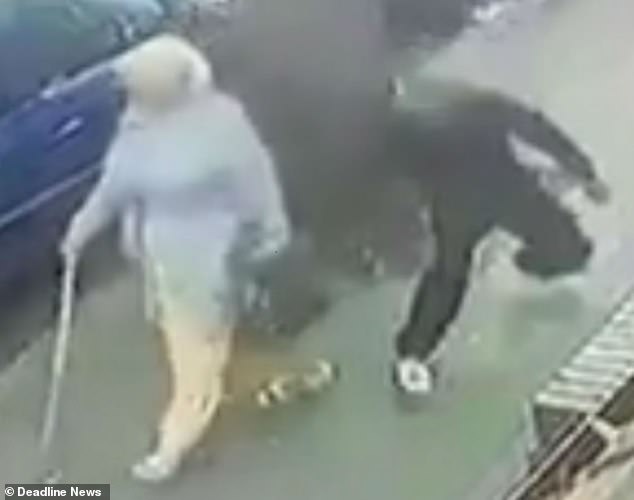 The man then grabs the woman’s handbag, pulling it towards himself, but she keeps hold of it

The woman was left rolling in agony on the pavement following the robbery, which is believed to have happened shortly before 10am yesterday.

The footage has since been shared more than thousand times after it was shared on Facebook by a local group in Birmingham.

Viewers expressed their outrage at the incident and demanded that the attacker be tracked down and brought to justice.

Others suggested they wanted to find out who the victim is so they can check she is okay and buy her a new handbag.

One local, Mandy Naz, wrote: ‘This is the second attack on an old person I have seen. Cowards preying on our elders. Sad times.’ 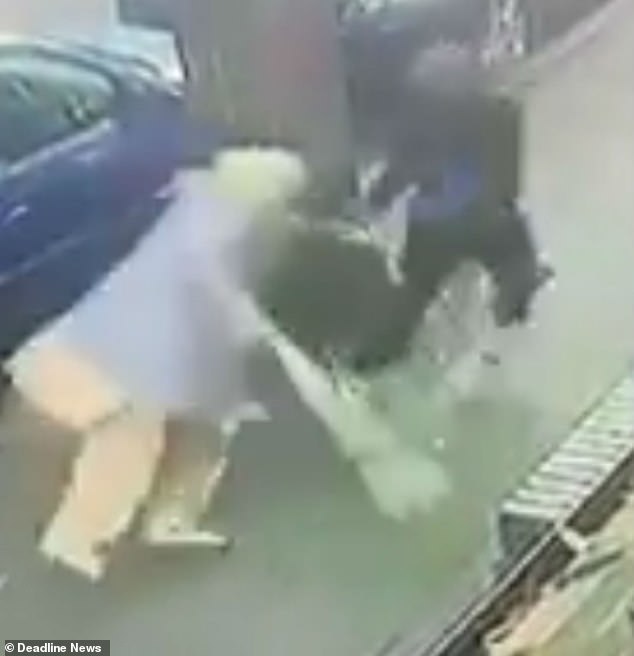 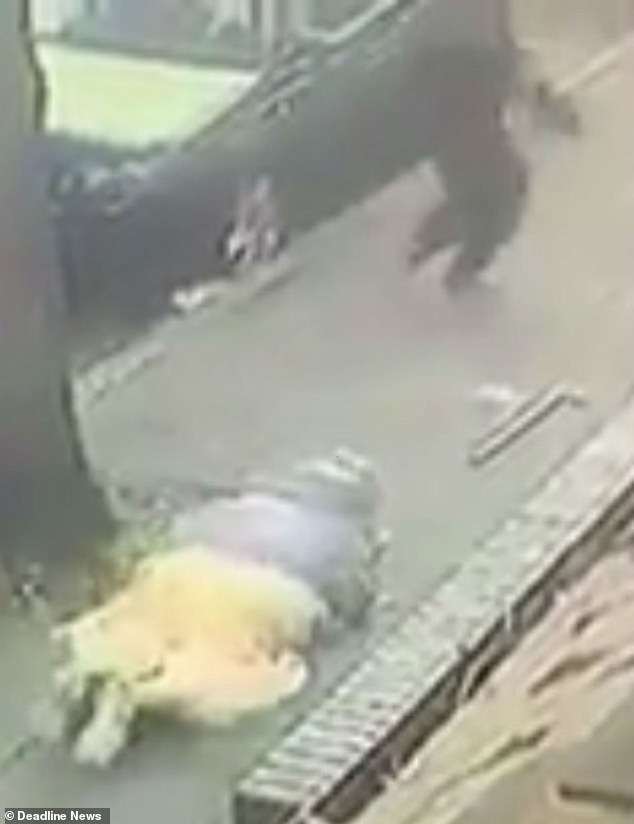 The man then ran off with the bag, leaving his victim face down on the pavement 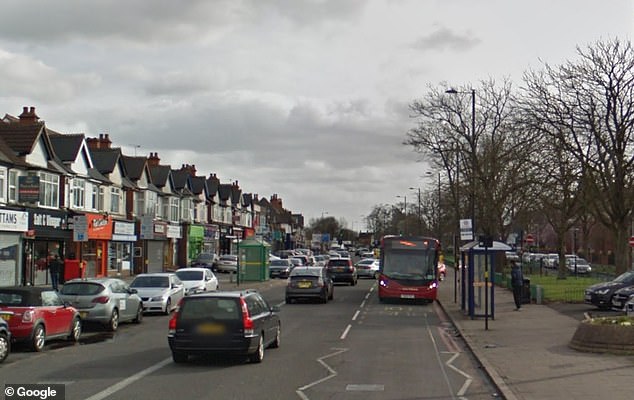