THIS is the horrific moment a man was shot by a gunman with an "AR-15" while he filmed a basketball game in Ohio.

Jermaine Brown, 23, was gunned down on Monday afternoon as he recorded a group playing ball on the Winterfeld Park court, reports said. 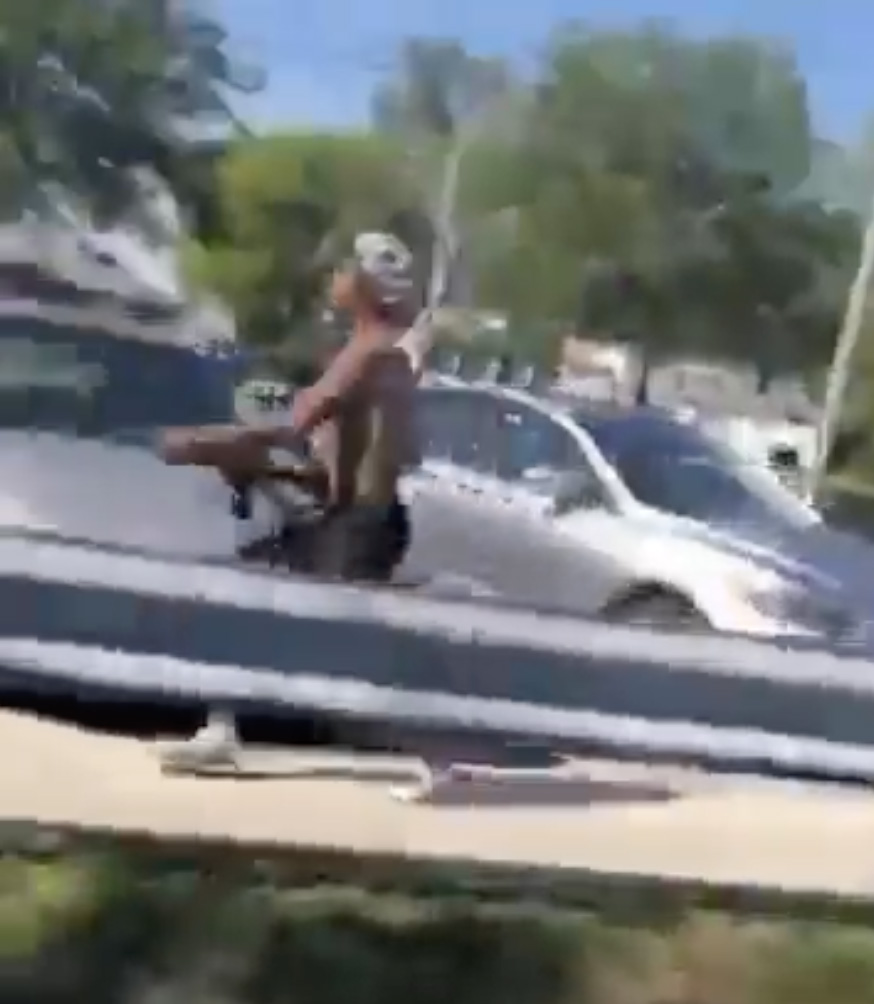 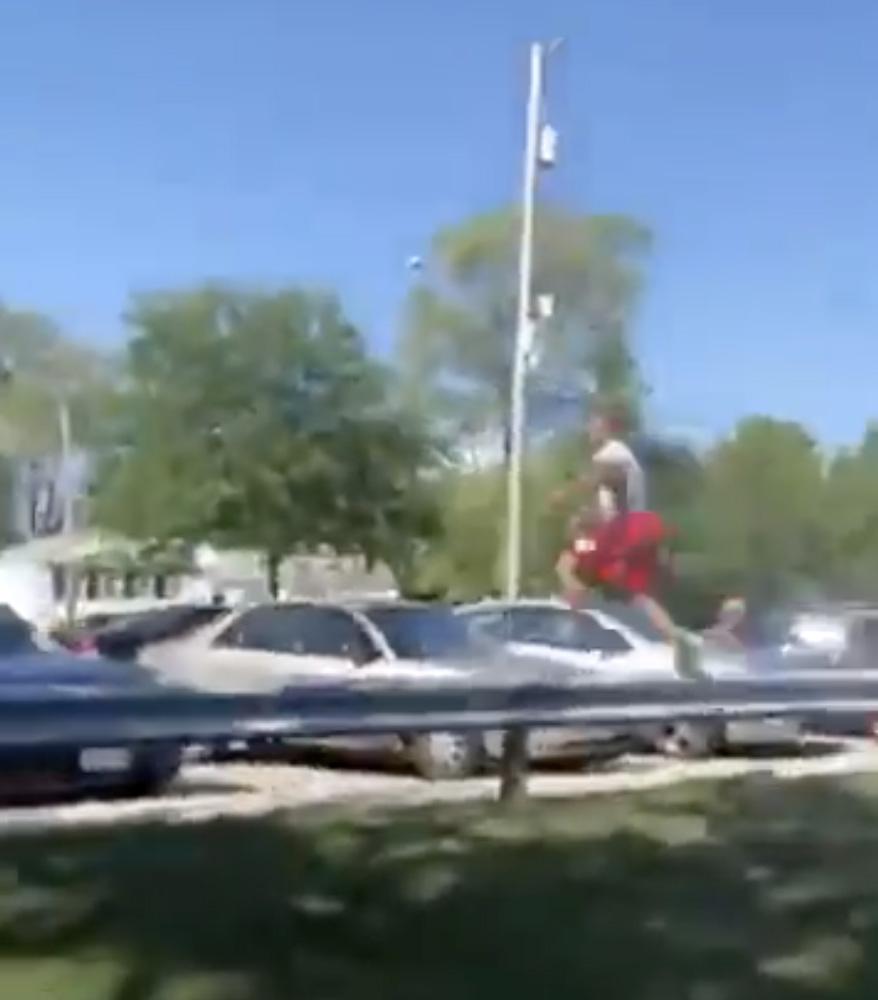 Around 48 seconds into the Facebook footage, players can be seen turning around in panic as a gunman approaches.

People start running and screaming as the video briefly shows a topless man at the edge of the court holding an AR-type rifle.

Six shots then ring out before at least 10 more follow from what would appear to be return fire from another weapon.

Brown can be heard grunting in pain as drops his camera and falls on the ground, screaming "I got shot! I got shot!"

The shocking video concludes as a car door closes, a girl sobbing, and people seem to help him in the vehicle.

“I don’t wanna die, bro," Brown pleaded. "Get me to the hospital, please.”

The young man was left in a “critical but stable” condition in Toledo Hospital after being “shot at least one time,” cops told the New York Post.

As of Tuesday morning, no one was arrested after a bullet also struck the front window of a house nearby, local reports said.

The shooting was reported at around 4.44 pm, according a police report obtained by WTOL 11 – but when Ohio cops arrived on the scene, no one was there. 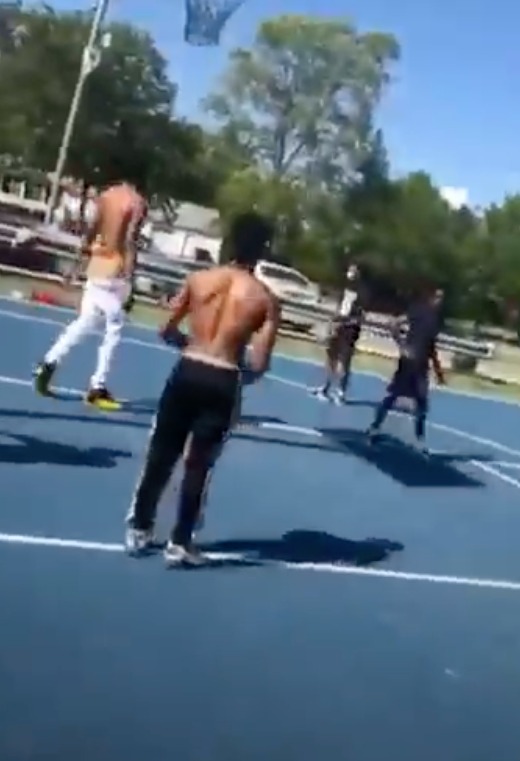 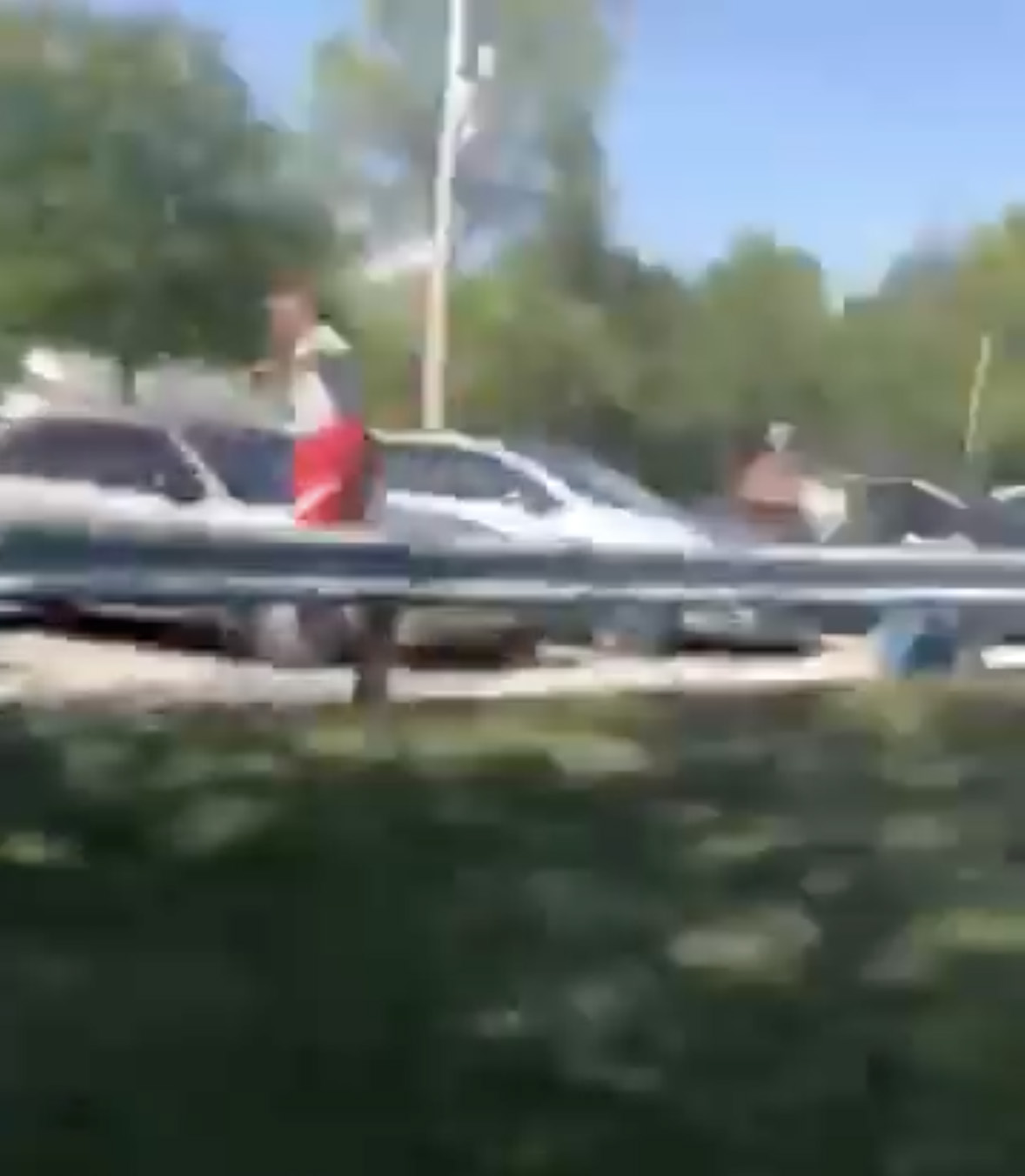 Later, Brown's cousin, Khyree Joyce, 19, said he was fleeing from two black males who appeared while he was playing basketball with his brother, Glen Joyce Jr, 23, as per the report.

It stated that Joyce recognized the four suspects who arrived by car because he'd had an cell-phone related argument with them the week before.

This had already resulted in two of these four men showing up at his mom's house brandishing guns, the police report said.

So, Joyce told cops when he saw them pull up in the Blue Hyundai Sonata yesterday, he knew they would shoot him.

He ran to safety as the car chased him around the block but his cousin wasn't so lucky.

Brown's injuries haven't been disclosed yet.

In a chilling 911 call, Glen Jr can be heard yelling at the dispatcher that his brother (Khyree Joyce) was being "chased down by two dudes with guns."

A second 911 caller said men were chasing her brother "with an AR on Hill," reported WTOL 11.

The court shooting was one of five reported within hours – a crime wave that prompted false reports that this was all part of a "Toledo purge" on social media.

They emerged after a spirit cleansing contractor warned people aged 24 and under not to be outside from 1am to 6am in a Facebook post.

“I think the thing seemed more overwhelming than traditionally because of the social media rumors," Kurjan told The Toledo Blade.

"I think a lot of that is kind of putting a magnifying glass on this and those rumors are propagating that it was this so-called ‘purge.’ There’s no indication that any of those incidents were at all related.

The sergeant pointed out that in three out of the five shootings, the victim and suspects knew each other.