In the dramatic altercation the man walks up to the van and bangs on the driver-side window asking if the driver “was on drugs”. 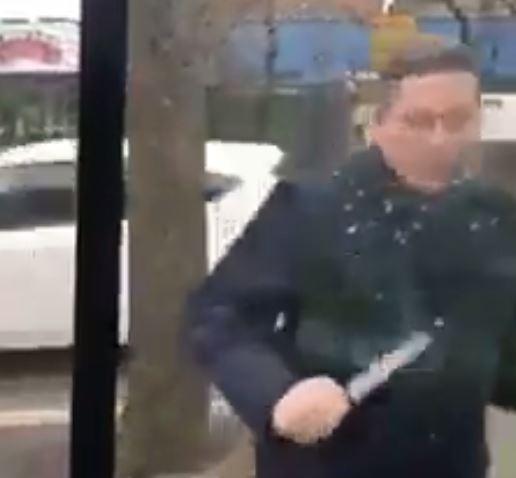 The driver replies he is not and the exchange rapidly escalates to the unidentified man claiming he’s fuming because “years ago my mum had trouble with f***** lorry drivers parking on here, causing nothing but waking people up in the morning”.

It hits a boiling point the man calls the driver a “f***** c***” and punches the window before pulling out what appears to be a large blade.

The driver luckily pulls rolls the window up just seconds before the yob waves at him, but hits the glass. 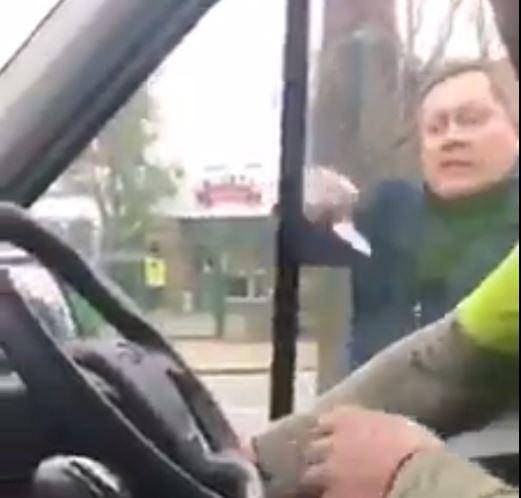 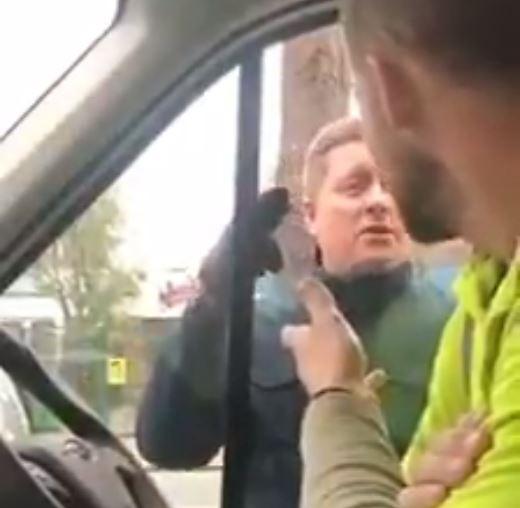 The passenger who is filming is then heard telling the driver to get out of there before exclaiming “and Tower Hamlets is f***** safe is it”.

The video is understood to have been filmed in Tower Hamlets in East London today and was shared on Twitter as an appeal to find the irate man.

It is unclear how or why the altercation happened in the first place. 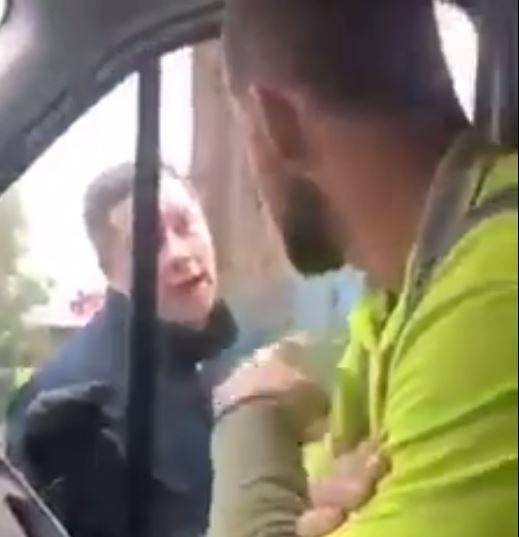 It starts with a conversation between the van driver and the passenger talking about the thug saying “oh come say hello again”, and is understood that it is not the first time this individual has approached them.

Throughout the bizarre exchange it appears that in a previous confrontation he had identified himself as a policeman when he angrily demands to know what the driver is doing “as a resident”.

The driver then replies: “Oh you are not a copper now, because you said you were a copper a minute ago.”

The man denies he ever claimed to be a copper and says he is from Bow in East London and doesn’t live far from where the van is parked.

The video has been shared more than 3,500 times on Twitter by @Richarl7Hill who tagged the Met Police and said: “Know this guy carrying a knife? Somebody must know him?

“He could stab someone you know, get him off the streets! NOW!”

A spokesman from the Met told The Sun Online they have not received any reports about this altercation.

The Sun Online has contacted the passenger who filmed the video for comment.