THIS is the shocking moment a Poundland worker karate kicks an alleged shoplifter before body slamming him to the floor.

The brawl broke out in front of shocked shoppers at the bargain store in Sheffield, South Yorkshire, earlier this week. 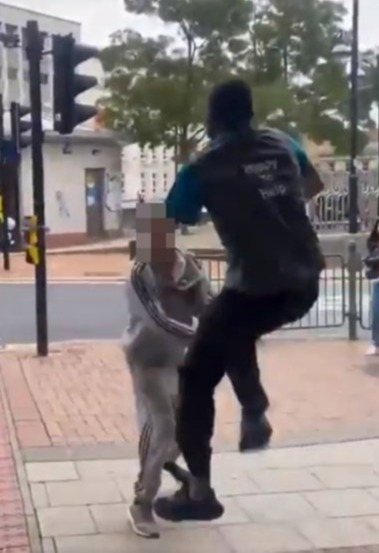 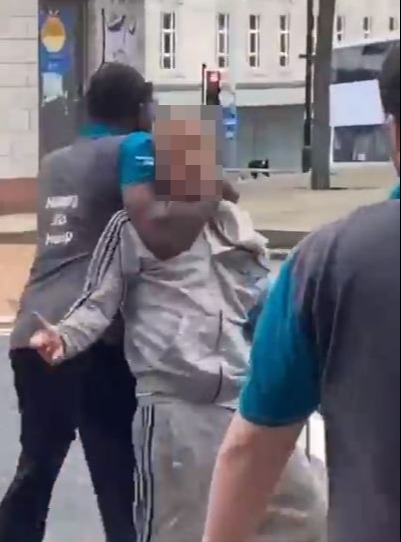 Footage of the bust-up shows an employee putting a man wearing a grey tracksuit in a headlock before knocking him down surrounded by boxes of Jaffa Cakes.

Another Poundland worker then grabs the bloke by his hoodie while his trousers fall down and he loses a shoe.

The same staff member, who appears to have only one arm, then lunges at the man before performing a karate kick.

The clip ends as the shopper is slammed to the pavement outside the shop and the two Poundland workers make their way back inside.

A Poundland spokesperson said: "Our colleagues face difficulties every day in dealing with shoplifters.

"We're pleased that this incident is now in the hands of the police."