Dramatic footage shows a driver using a crowbar to smash the windows of another car on a London street.

The argument, in Poplar, east London, saw the driver lash out at the other man after their vehicles were apparently involved in a minor collision.

The video was shared on Twitter by London & UK Crime on Sunday following the incident, reportedly involving drivers who worked for Uber. 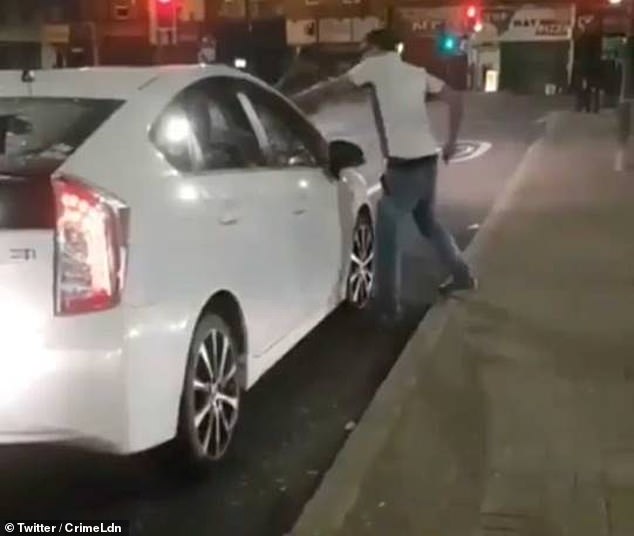 The driver keeps striking the white hybrid Toyota’s windows in Poplar, east London, until he shatters its window

As the video begins, the two drivers are seen arguing at the side of the road. The camera pans to reveal how one driver has shunted into the back of the other’s white hybrid Toyota.

The camera cuts to the men stood next to their cars, with one driver seen brandishing what appears to be a metal crowbar.

The rear-view window of the Toyota already has a huge hole in it when the man swings the bar at its open back door. 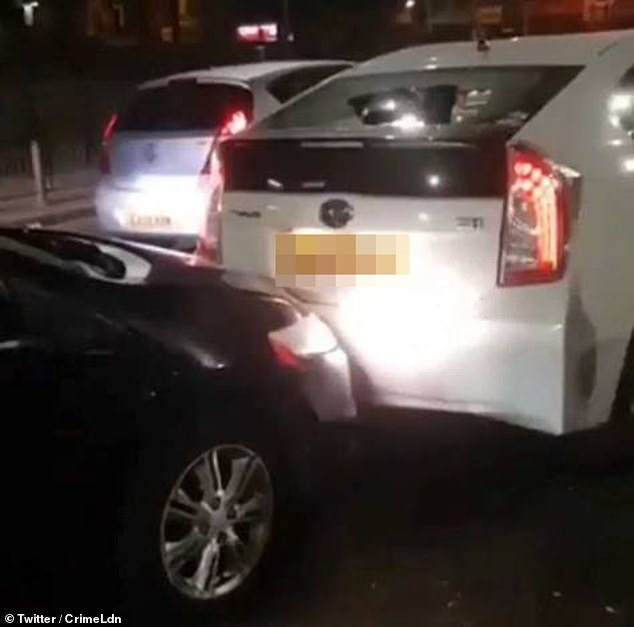 The door slams shut and he keeps striking until he manages to shatter its window, sending shards of glass flying.

He then makes his way to the front of the car, swinging violently while banging the drivers’ window and the bonnet of the car.

Bystanders are seen looking on in disbelief.

The video then shows the driver who smashed the windows sitting on the floor. 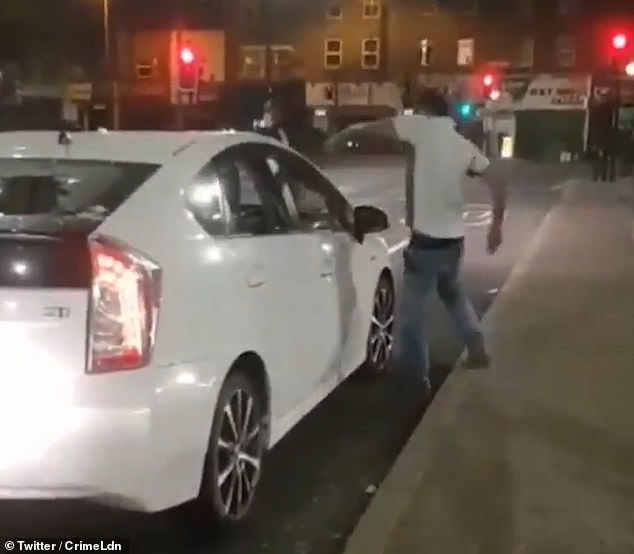 The driver makes his way to the front of the car, swinging violently while banging the drivers’ window and the bonnet of the car

He tells one of the witnesses to get the other driver to move his car and the man says: ‘Save your life, and move your car okay?’

The clip has horrified many social media users.

One user said: ‘Pair of clowns, revoke their licences.’ 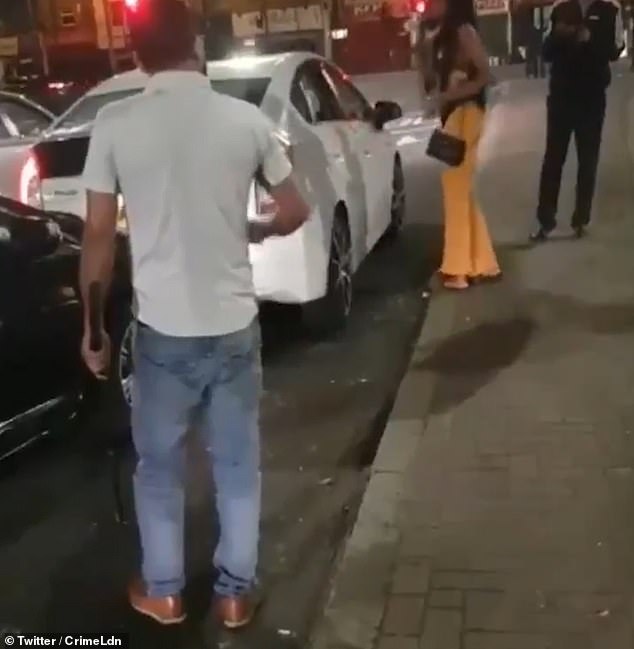 Another user wrote: ‘This guy is really overreacting over what looks like a bump. He’s acting like it’s a new Lamborghini.’

A third commented: ‘As someone who uses Uber, I’m shocked as I’ve not had an experience like this in five years.

‘Angry hot-headed drivers, not down to Uber really is it?’

MailOnline has contacted Uber and the Metropolitan Police for comment.