THIS is the shocking moment a 'reckless idiot' swimmer risks his life by tomb-stoning from a sea wall into 30ft waves during a storm.

The man was captured as swells taller than a double-decker bus battered the seafront in Sennen Cove, West Cornwall. 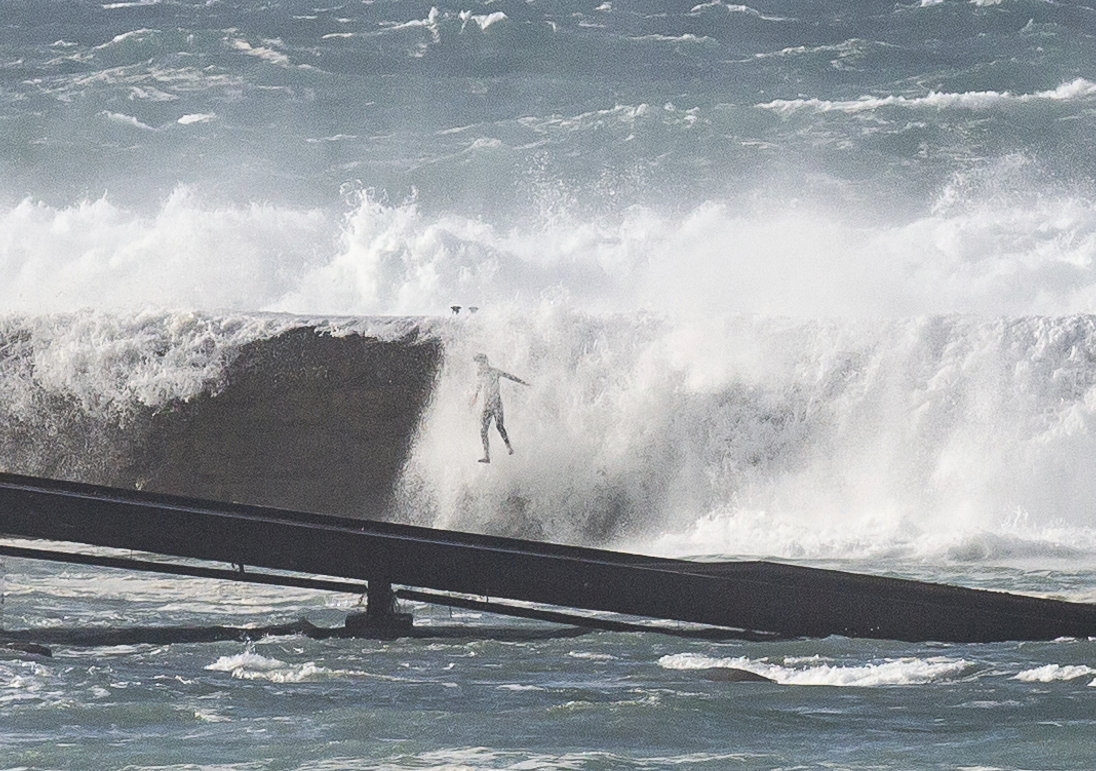 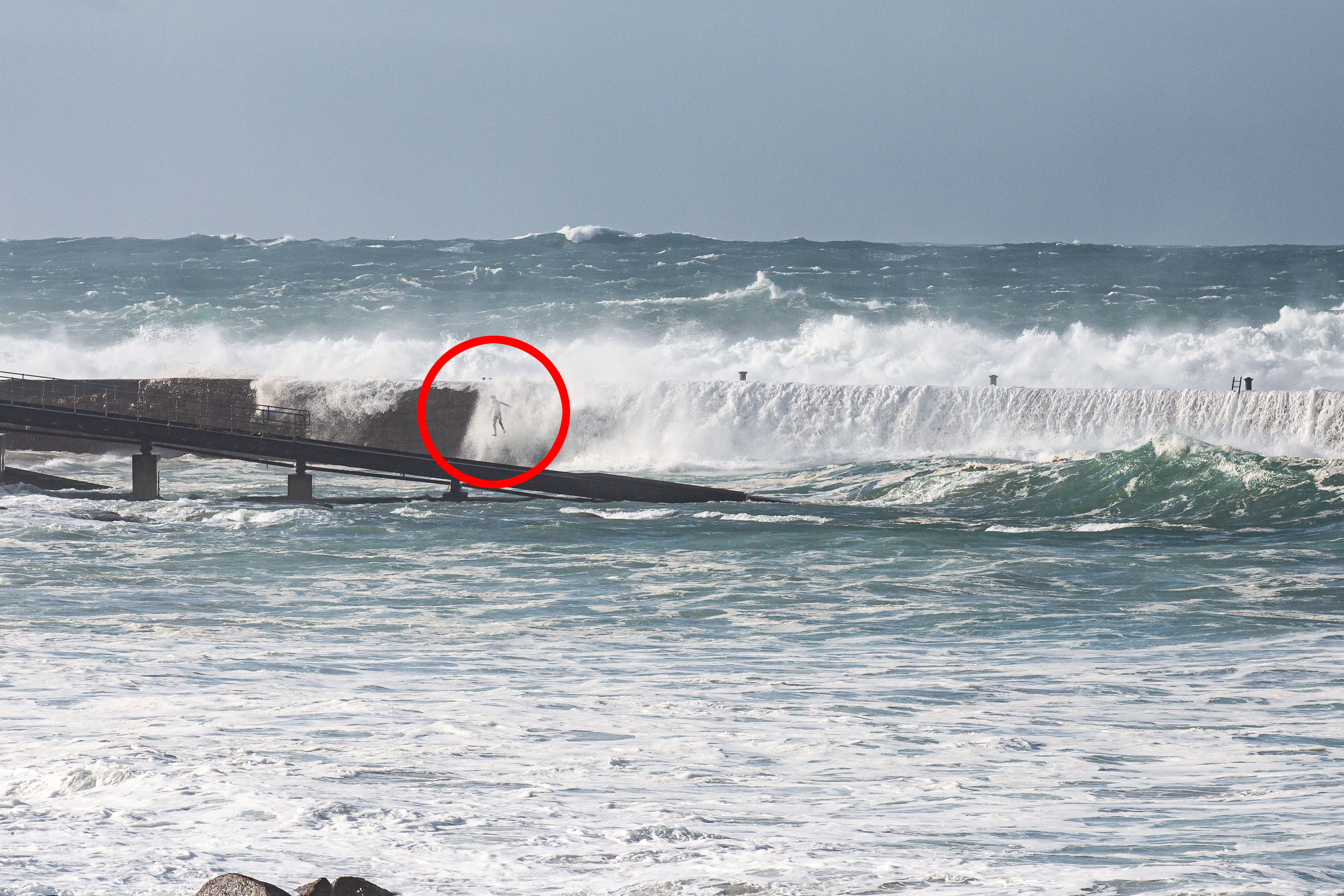 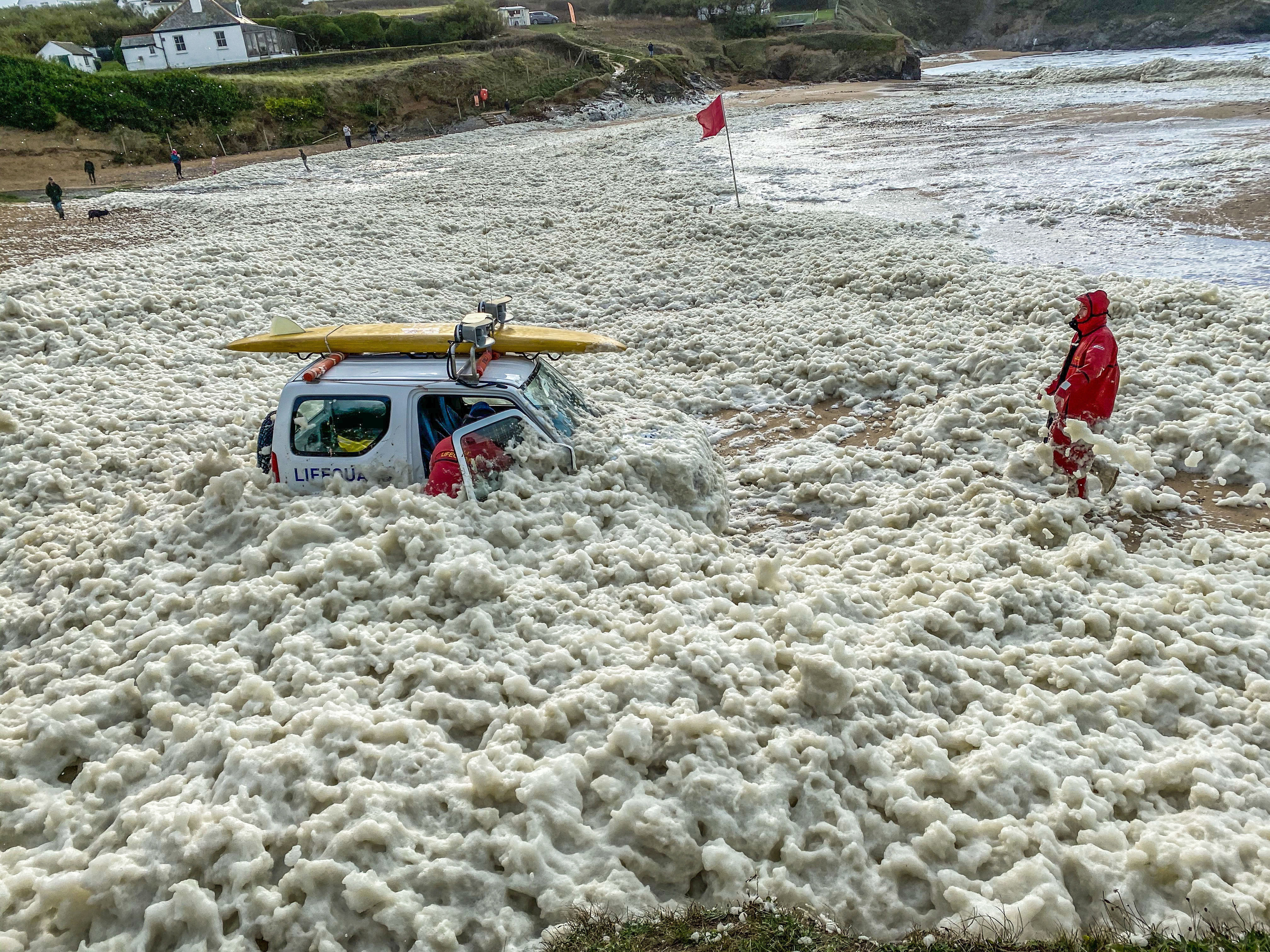 RNLI officials have warned visitors enjoying a half-term break in the county to keep away from the water, setting out red flags and closing the beach over fears someone would get hurt.

But it didn't stop reckless thrill-seekers dodging huge waves to walk along the sand – while one idiot leapt from the wall into the 'ferocious' sea below.

Photographer Colin Paul, who spotted the man jumping into the water, labelled him an "idiot".

Stunning photographs from the Cornish coastline show the effect of Hurricane Epsilon, which has brought a more than a month's rain, as well as 70mph winds.

The late-season category three storm tracked east of Bermuda – but remnants have now hit the UK.

And in Cornwall, video of the moment a huge swell made of seafoam suddenly swept ashore, knocking beach-goers over, has been shared by the RNLI.

Officials from the charity warned of a "colossal swell" and "extremely dangerous conditions".

People walking near the water at Treyarnon Bay, Padstow were dragged backwards by the force of the wave as they tried to run away.

Lifeguards rushed to help, but one of the RNLI's 4×4 vehicles became mired in the foam as the volunteers took beach visitors to safety.

Photos show the foam reaching past the driver's side window and entirely covered the windscreen.

And a family of nine screamed in terror as they were swept out to sea 40 miles from the Padstow beach yesterday. 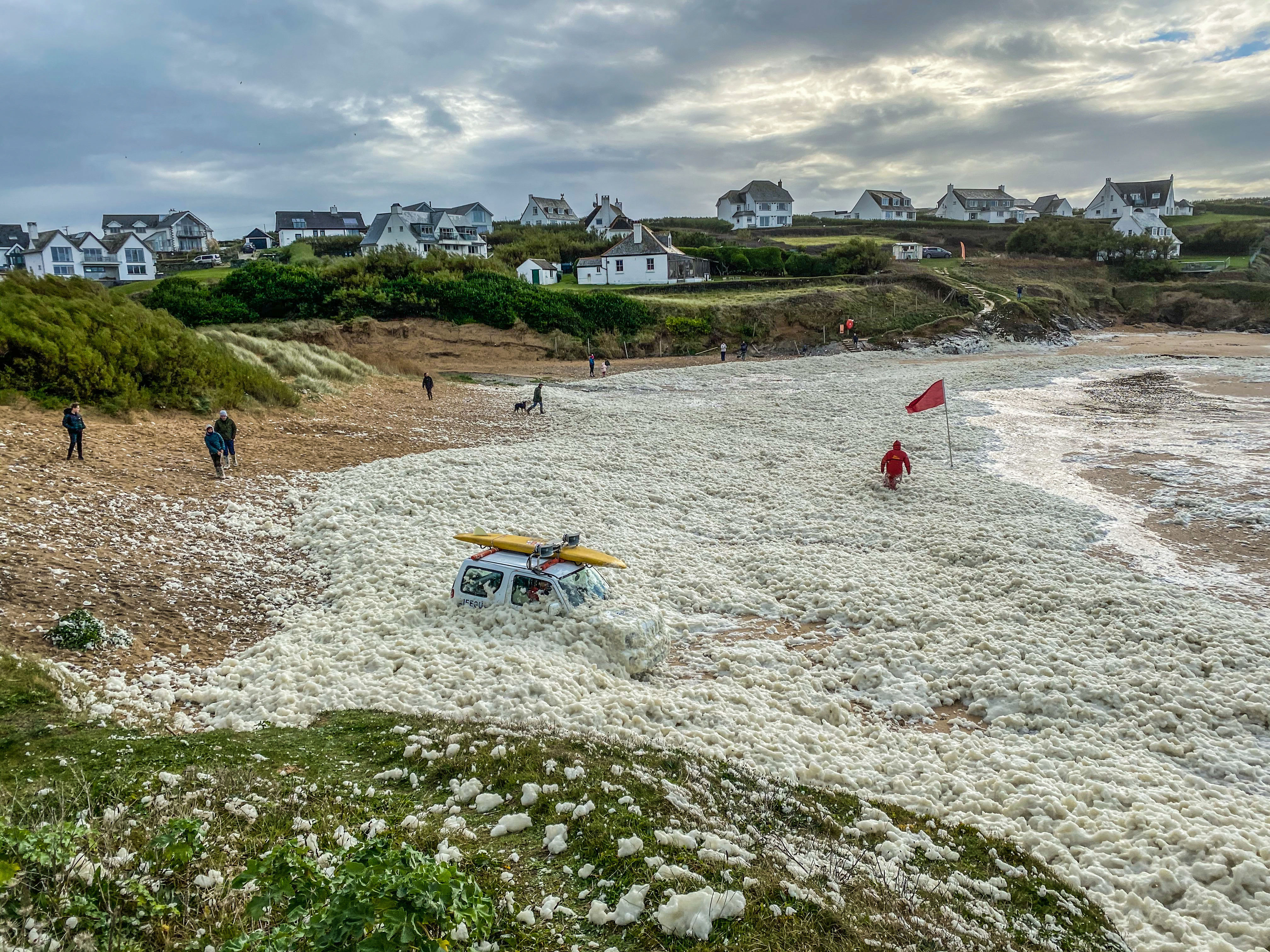 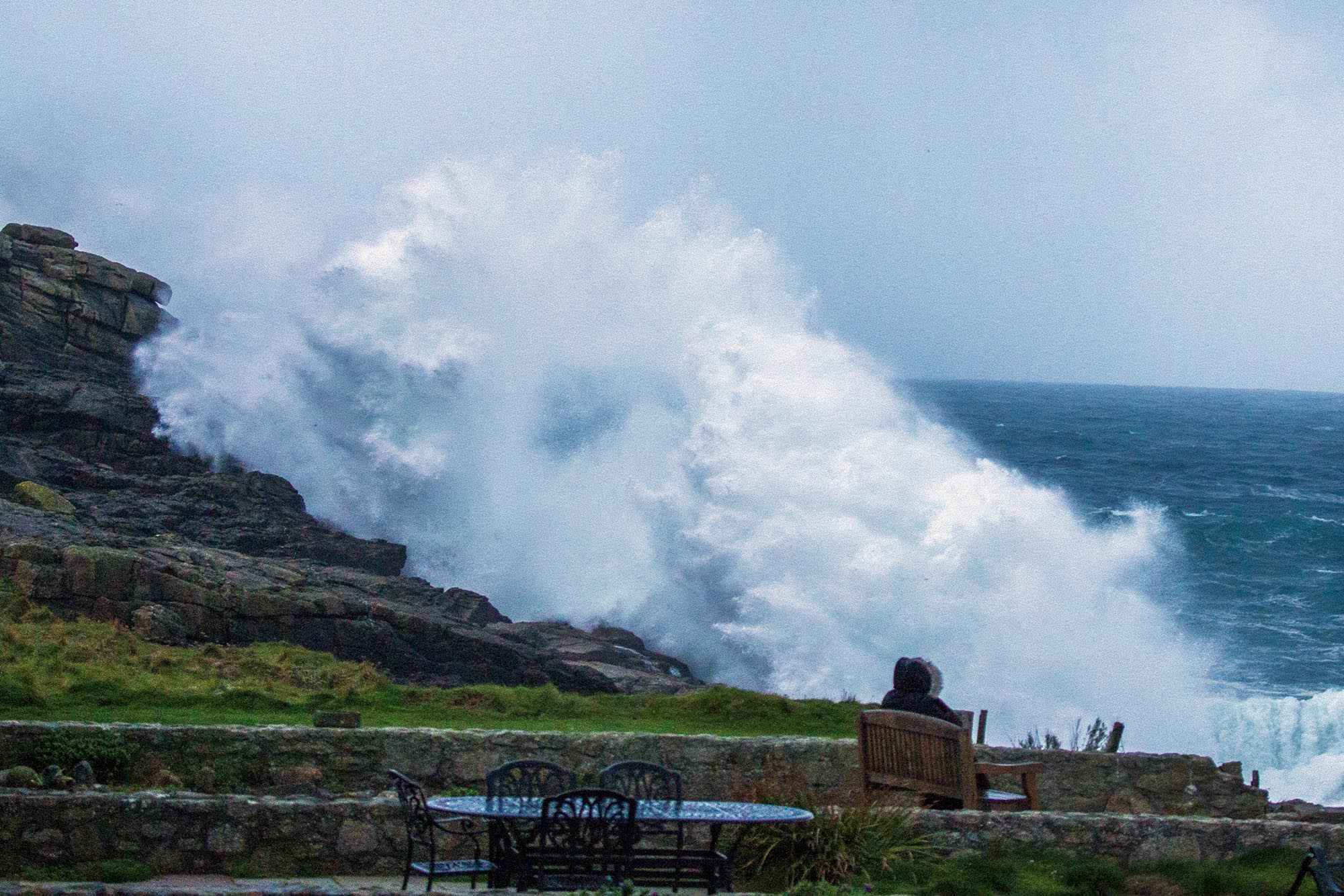 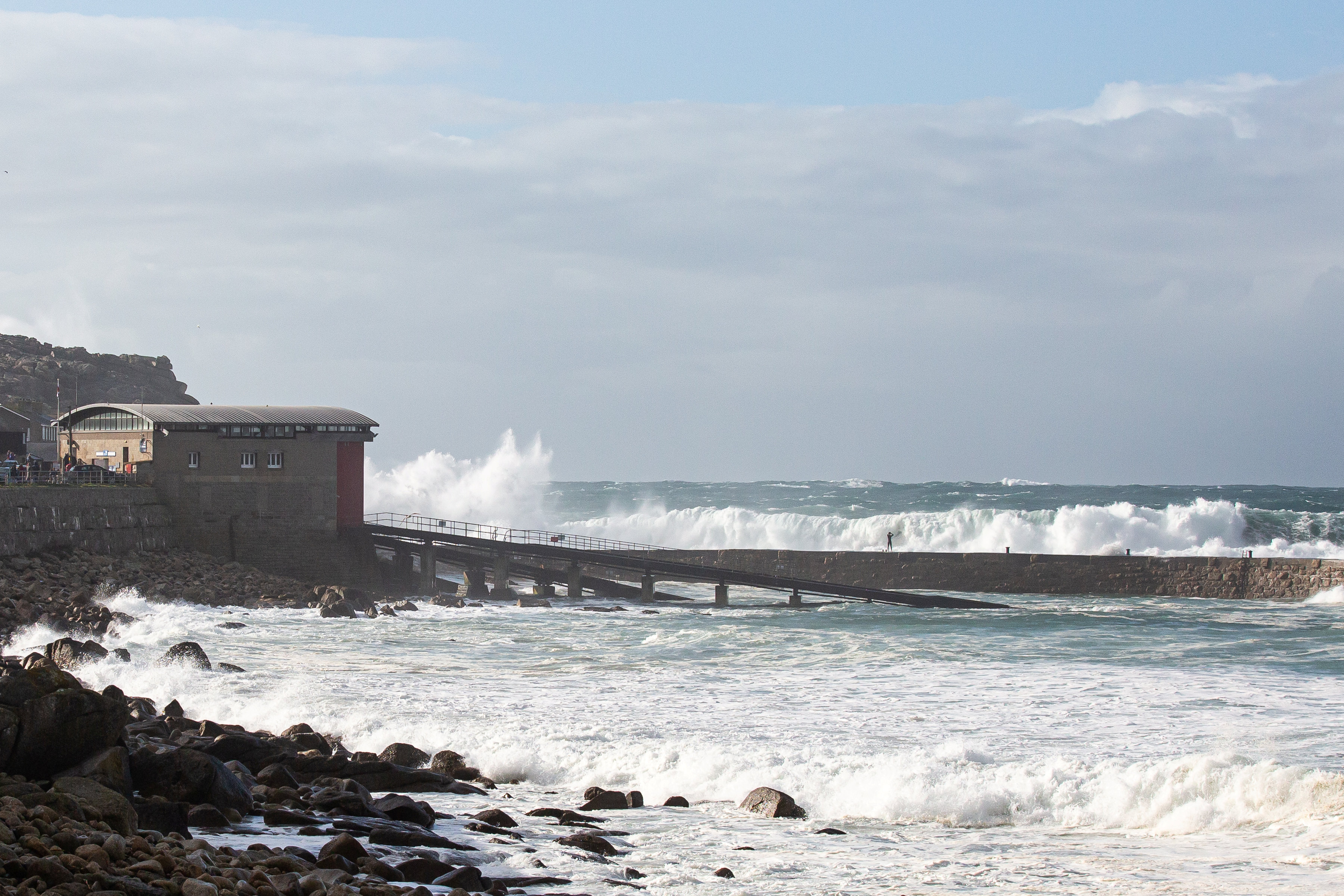 The family were hit by a freak wave in Gwithian.

They had been sitting on rocks above the swell when they were knocked from their feet and dragged into the water.

Horrified onlookers phoned the emergency services, and RNLI volunteers, coastguard officials and the Cornwall Air Ambulance were called to the beach.

RNLI coxswain Rob Cocking said: "Everyone luckily made it out and were received immediately by the waiting ambulance."

An image of huge waves was posted on Twitter by witness Lincoln Green, who said: "These waves nearly wiped out a whole family on the beach.

"They were 10 feet or so from the water but a freak wave came and dragged them out."

"Sea conditions are set to be extremely dangerous and it's likely most beaches will be red flagged with huge waves, strong rip currents and increased tidal surges," he said

"If you are tempted to enter the water, please go to one of the 27 lifeguarded beaches and listen to their advice – if there are no flags then there are no lifeguards.

"Do not enter the water if the red flag is flying.

"It only takes seconds to get caught out in conditions like these."