THIS is the shocking moment a sports fan is knocked out with a single punch during a brawl at London Waterloo.

Footage shows a group of smartly dressed men – some wearing yellow scarves – squaring up to each other at the busy station. 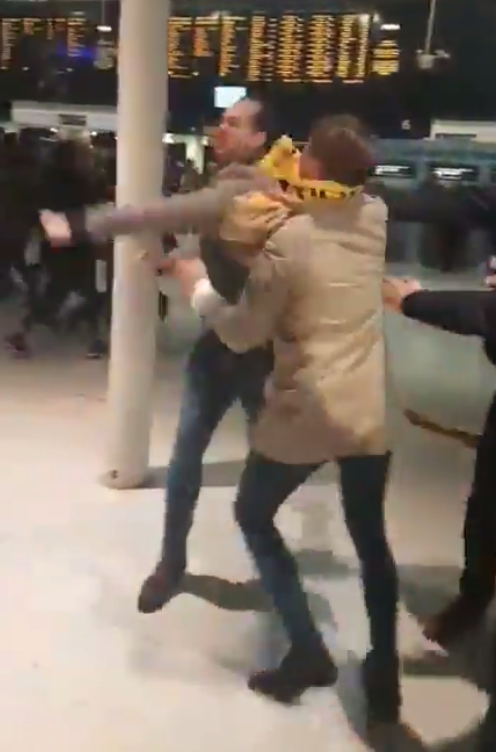 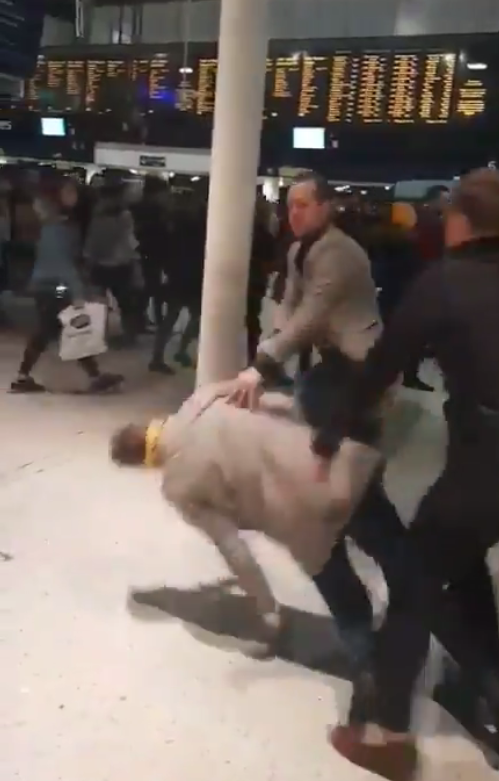 One man was sent crashing to the ground after being punched in the face in front of stunned passengers.

Seconds before the ferocious left hook was thrown he could be seen confronting a taller man who was stepping backwards.

He was shouting and swearing and tried to push his way through the group of men, who seem to be in their late 20s.

But without hesitation, the man threw a devastating left hand which caused him to fall on the ground face-first.

Screams of “Oh my God!” could be heard after the man was knocked unconscious earlier this week.

The melee continued at the station and the man is left lying face down on the ground.

Others could be seen falling to the ground as the trouble continued around him.

It is thought the men had just arrived back in the capital after attending a football match or a nearby Betfair horse race, where yellow scarves are handed out.

The Sun Online has contacted British Transport Police who are aware of the video. 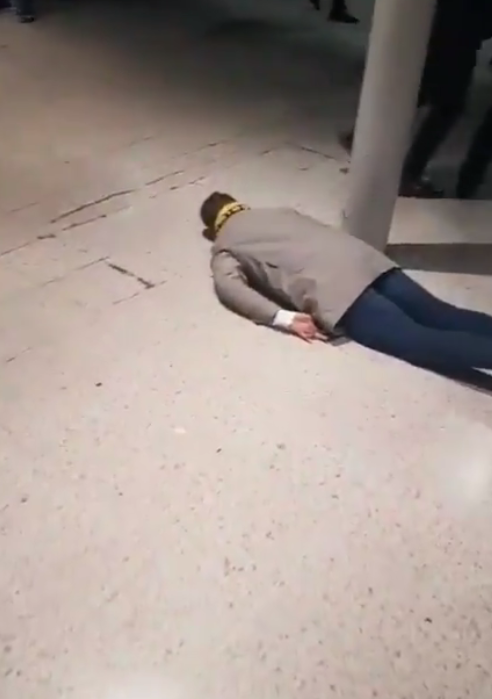