SHOCKING footage shows a taxi driver being punched repeatedly in the face by a passenger in a ‘row over a fare’.

The “vicious assault” happened in Cotteridge, Birmingham, allegedly following a dispute over payment. 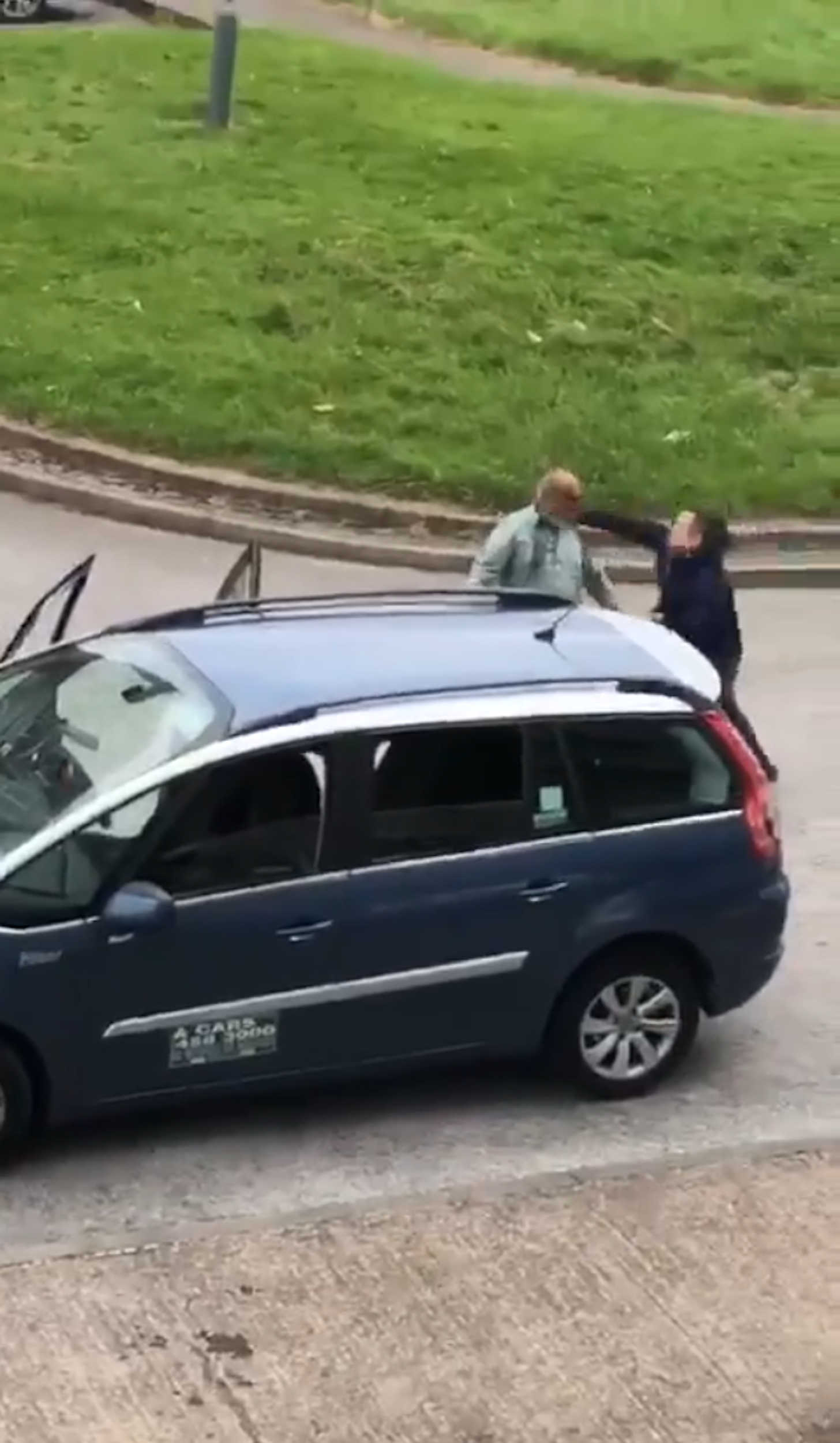 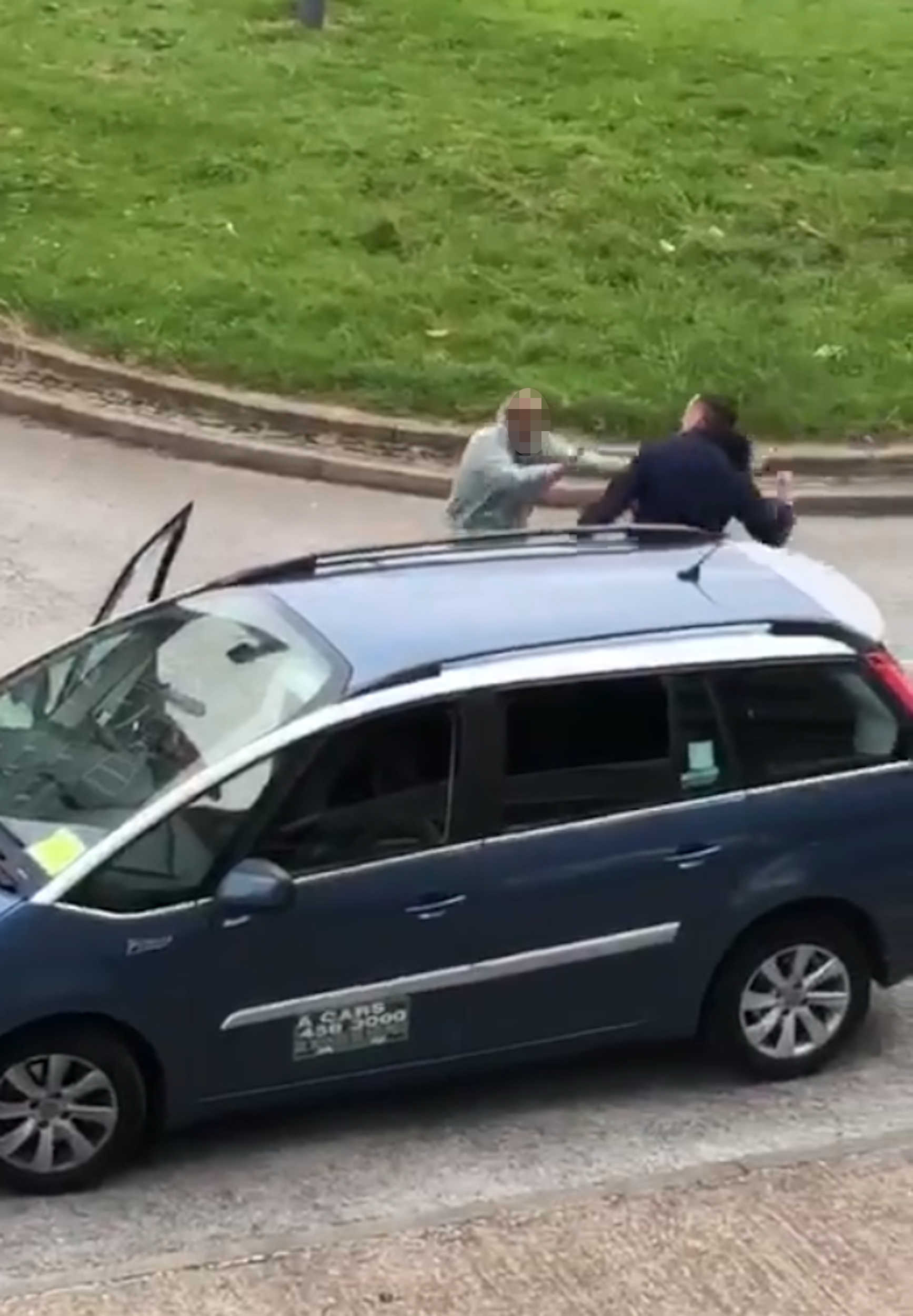 The clip, shared on social media, shows the passenger arguing with the 52-year-old driver outside the taxi.

He bends down to pick up his bag and the driver shoves him slightly.

The row continues and the passenger shouts: “If you put your hands on me again I’m going to punch you straight in the face.”

The people filming then begin calling on the passenger to pay up and the driver shouts “he is not giving me money”.

Suddenly, the passenger draws back his arm and punches the man directly in the face.

The driver staggers backwards and lets out a shout before the passenger strikes again and again.

A blood curdling scream can be heard in the background and another man intervenes.

The shocking scene was shared on social media by local Councillor Majid Mahmood who said he was “disgusted” by the “vicious assault”.

He said: “The victim is quite elderly, and he is just trying to make an honest living providing for his family.

“This is at a time when we are in the midst of a national crisis of #COVID19 and the drivers are risking their lives to help the rest of us inc key workers such as the NHS.” 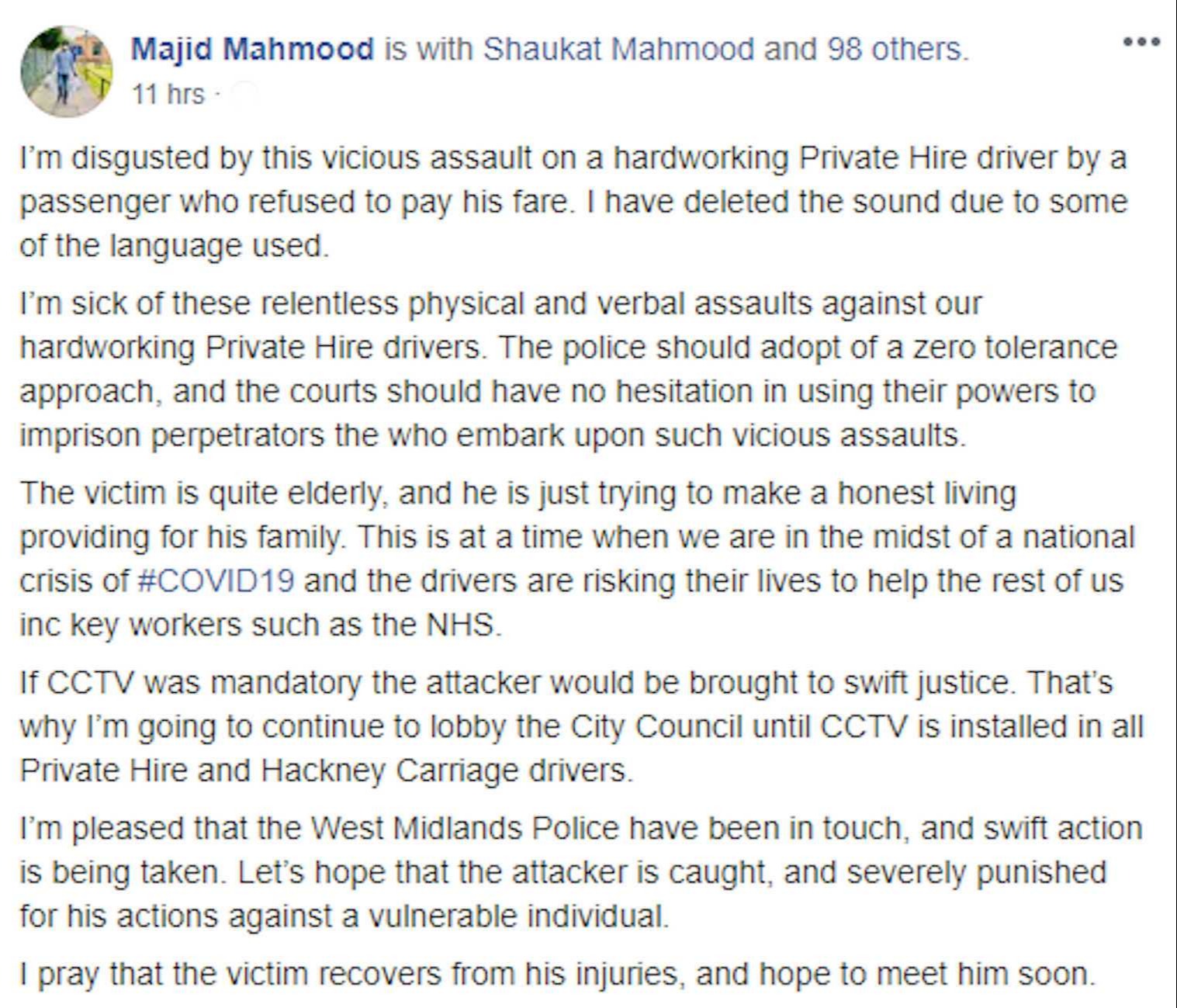 He added that he was “sick of these relentless physical and verbal assaults against our hardworking private hire drivers” and urged police to adopt a zero tolerance approach as well as install more CCTV.

Abid Satti wrote: “This is absolutely unacceptable and I don’t know how long we have to face attacks like this. I don’t know when this is going to end.”

And Zoe Bibi commented: “Aww that’s terrible, so sad to watch, how can someone do this especially with what’s going on in this pandemic. Hope the driver is okay.”

Cllr Mahmood today confirmed that he had spoken with taxi firm A Cars in Cotteridge.

He said “The operator told me it’s been reported and the police are dealing with it.”

A West Midlands Police spokesperson said: “We’re investigating after a taxi driver was attacked following a dispute over a fare in Druids Heath at around 2pm yesterday (30 June).

“The 52-year-old man was taken to hospital with a cut and swelling to his face after being repeatedly punched in Kimpton Close.

“We’re aware of a video circulating on social media and the footage is being examined as part of our enquiries to trace the attacker. 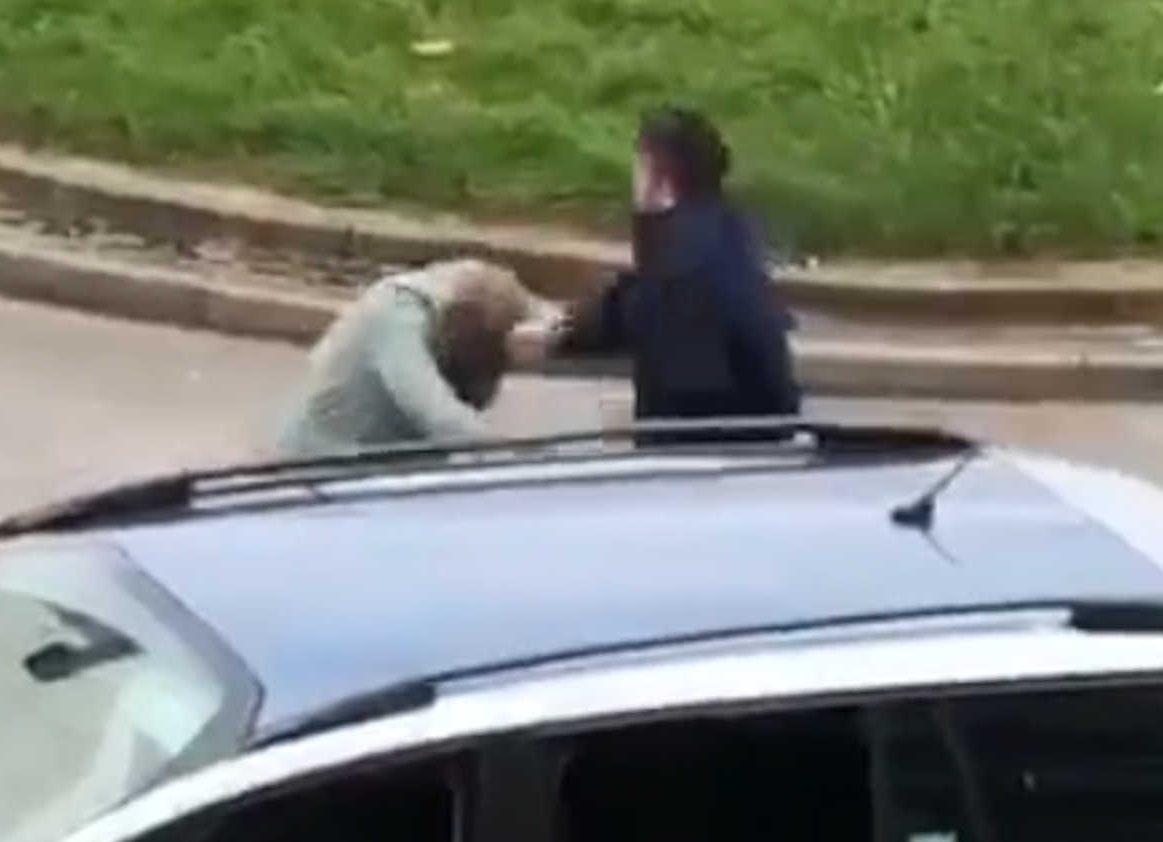