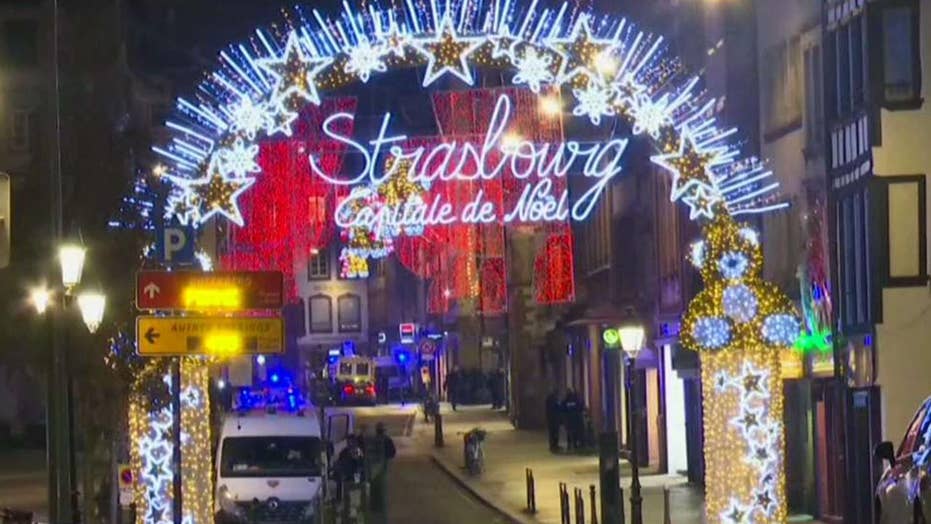 Reports of shooting near popular Christmas market in France

A shooting in Strasbourg, France, on Tuesday killed one person and wounded at least 10 others — and the gunman is on the run, according to officials.

Part of the incident took place in a Christmas market at Rue des Grandes Arcades and unfolded on different streets in the city, Strasbourg Mayor Roland Ries said. Military forces were helping the police, according to the mayor.

It was not immediately clear what may have sparked the event.

The Interior Ministry instructed people in Strasbourg to stay inside due to a “serious security event” taking place, The Associated Press reported.

Government officials in the region also took to Twitter about an incident, saying there was an “event underway in Strasbourg” and cautioned against spreading “false rumors.”

That area is located near the city’s Christmas market, according to The Associated Press.

The European Parliament, which meets in Strasbourg, was closed and nobody is permitted to leave, according to Jaume Duch, the institution's director general for communication and spokesperson.

"The European Parliament has been closed and no one can leave until further notice," Duch tweeted. "Deputies and staff have received e-mails or SMS stating them to stay safe."

This is a developing story. Please check back for updates. The Associated Press contributed to this report.