An investigation has been launched after a runaway bus reversed down a residential street and ploughed into a house in Oxford – where it is still stuck more than 24 hours later.

Footage from Morrell Avenue in Headington on Wednesday shows the purple Number 15 slowly moving backwards before it starts to gather more and more momentum.

The person recording the video can be heard screaming in shock as the vehicle swerves across the road, crashes through a fence and makes a large crashing sound as it collides with the front of a property. 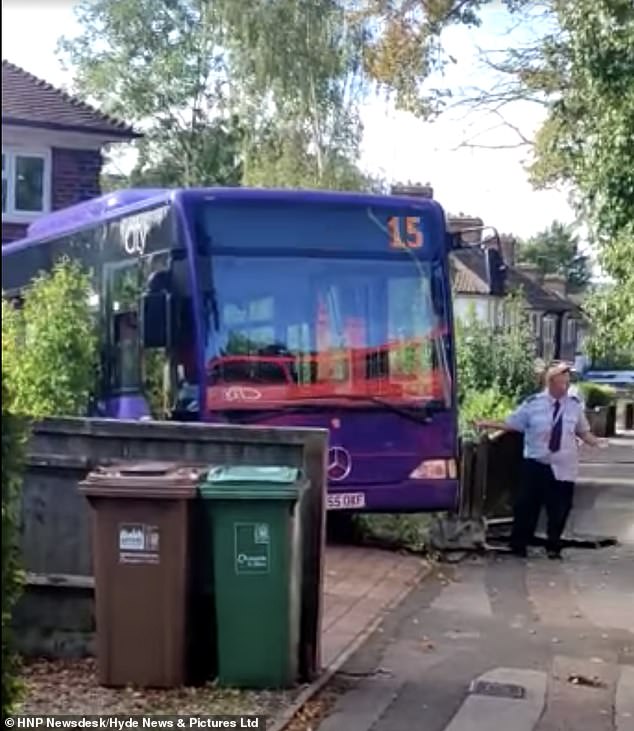 Footage from Morrell Avenue in Headington, Oxford on Wednesday shows the purple Number 15 slowly moving backwards before it starts to gather more and more momentum and ploughs into a property 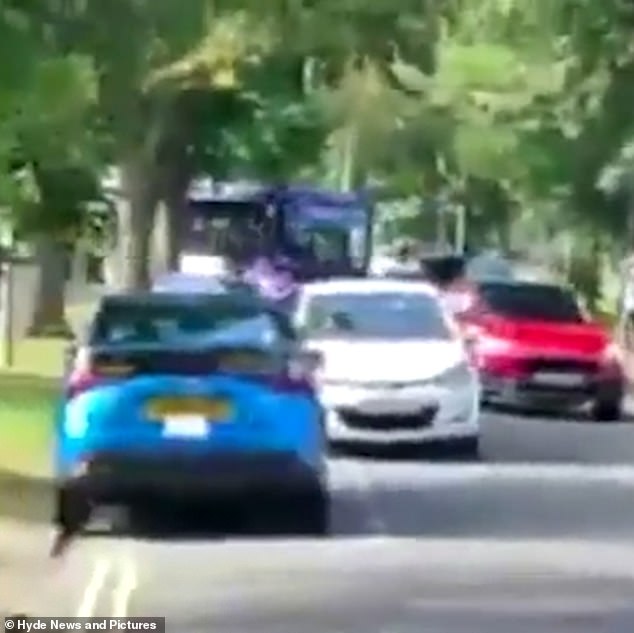 The person recording the video can be heard screaming in shock as the vehicle swerves across the road, crashes through a fence and makes a large crashing sound 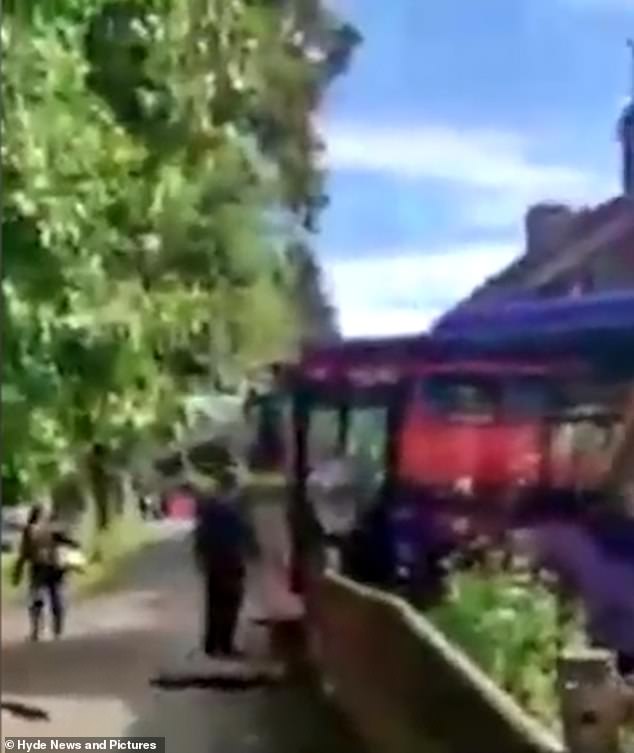 It is believed a man was inside the dining room of the house when the bus crashed into the kitchen.

There were no passengers on board the bus but the driver is believed to have been inside the vehicle when the collision occurred.

The video shows a close-up of the bus wedged into the home – where it was still stuck on Thursday afternoon as engineers worked out how to remove it as safely as possible.

The residents of the house and the next-door neighbours are staying elsewhere until it is judged safe to return.

The single-decker had just pulled up at a bus stop on the street when the bizarre accident occurred.

Local Paul Parsons, 70, said: ‘I was having lunch when I heard a bang but I didn’t think anything of it. 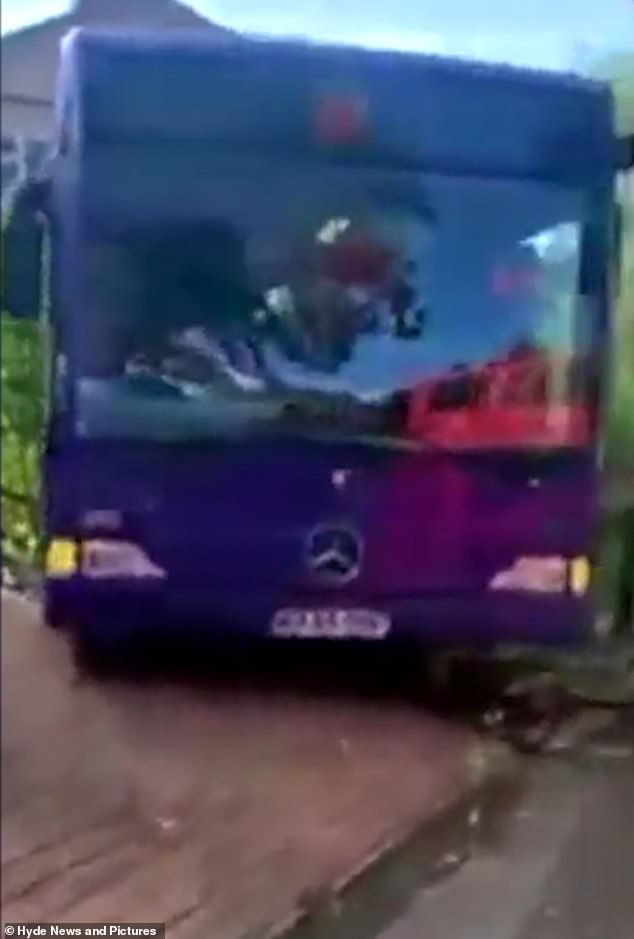 ‘When I eventually got up and saw the bus in the house I thought, “Oh, that must have been that bang I heard”.

‘They couldn’t immediately remove the bus because they’ve got to get a structural engineer to make sure it’s removed safely.

The pensioner added: ‘The bus crashed into the kitchen but the man was in the dining room. How much damage is inside I don’t know.

‘The bus might be there for another day or two. But the most important thing is no one got hurt. It even missed his car in the driveway.

‘There’s no one in both houses until the structure is assessed.’

A spokesman for Oxford Bus Company, which operates the route, said: ‘We can confirm one of our city 15 service vehicles was involved in a very low-speed collision with a property adjacent to a bus stop in Morrell Avenue, Oxford at around 1.15pm on Wednesday.

‘No passengers were on-board at the time and fortunately no-one was injured.

‘An investigation has been launched into the cause and we are working with relevant parties where required.

‘We apologise for any inconvenience and disruption that this has caused.’

The bus was still wedged in the house Thursday and had been surrounded by metal fencing.