A SINGLE mum and her seven-year-old son were forced to eat takeaway pizza for days after Argos delivery men dumped two sofas in front of the exit to their house.

Sarah Miller, 44, was left “in tears” when two Argos delivery men blocked the only way out of her home with the two Chesterfields – leaving her and her son trapped for days. 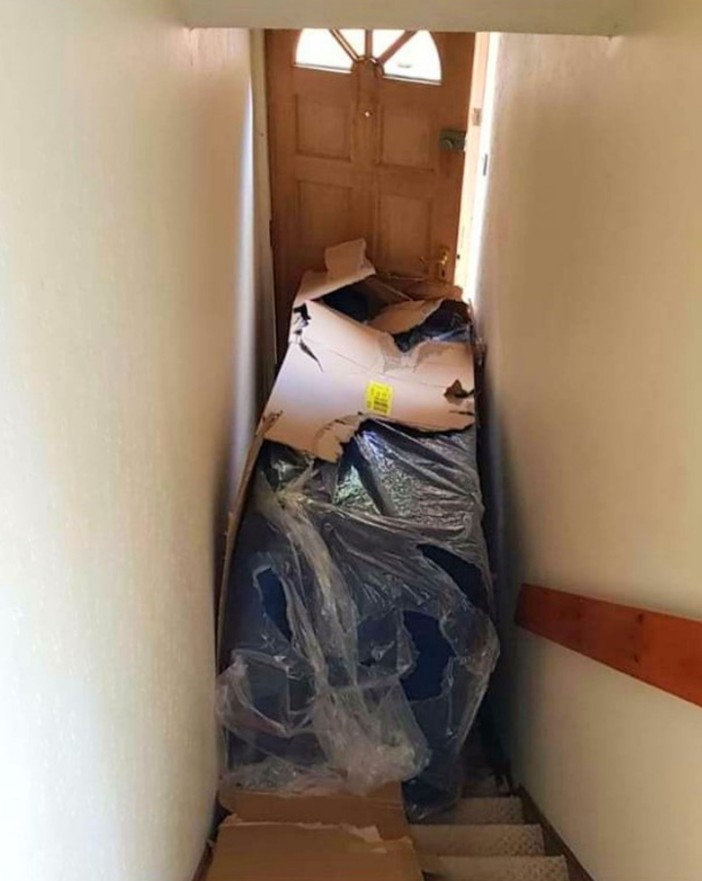 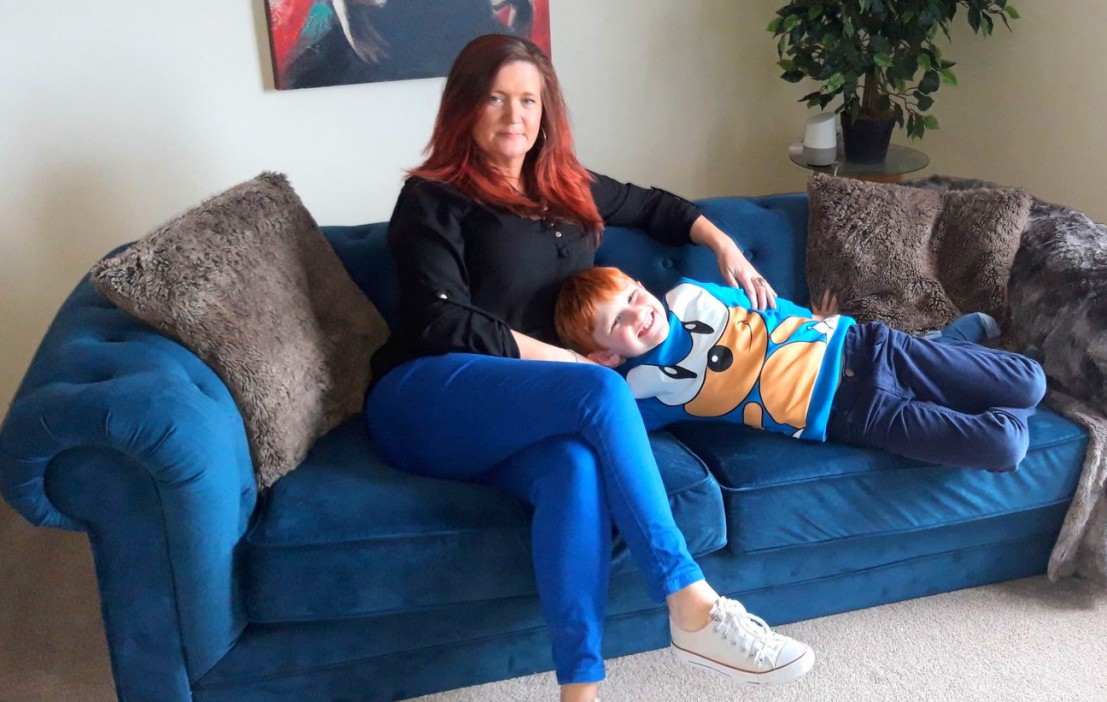 Sarah, from Tayport, Fife, in Scotland, says the men refused to enter her house due to coronavirus restrictions – and simply piled the hefty sofas at the foot of her stairs.

The stacked sofas left the pair unable to leave their home and forced them to live off takeaway pizzas delivered through the railings of a window for two days.

The mature student described the event, saying: "I was crying so much. I was literally breaking down.

"It was a fire hazard and really dangerous situation to be left in by an established company like Argos.

"Now I've got over the emotional impact of it I'll never touch them [Argos] again.

"I was really so concerned that anybody in a more vulnerable position than I was wouldn't have got the help. I knew I had to do something about it." 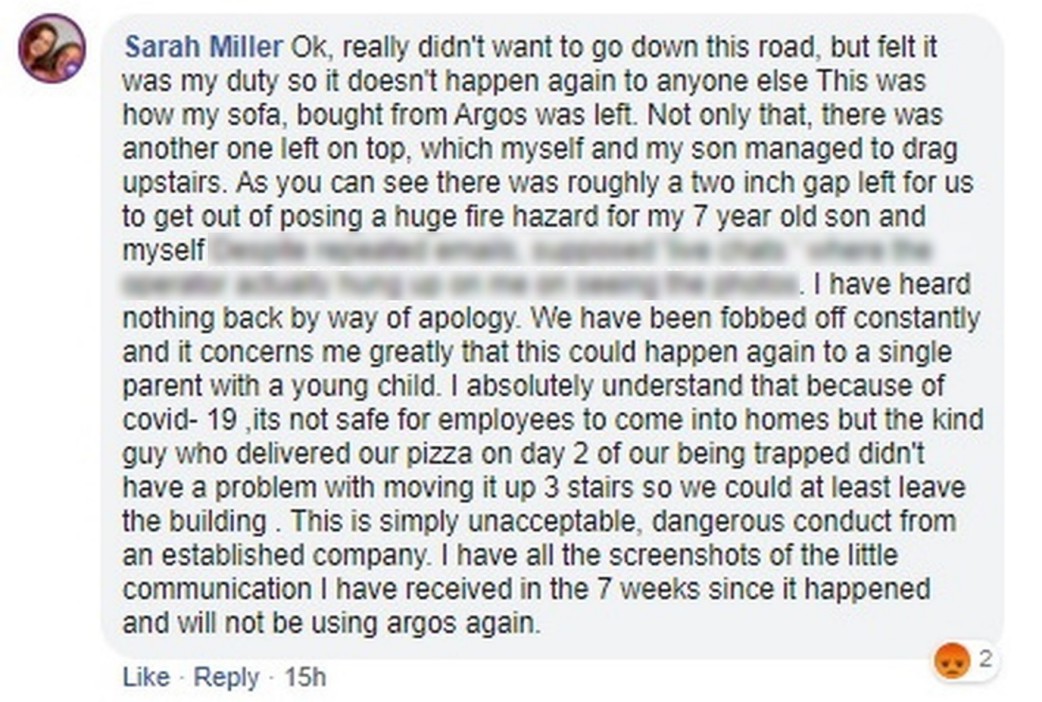 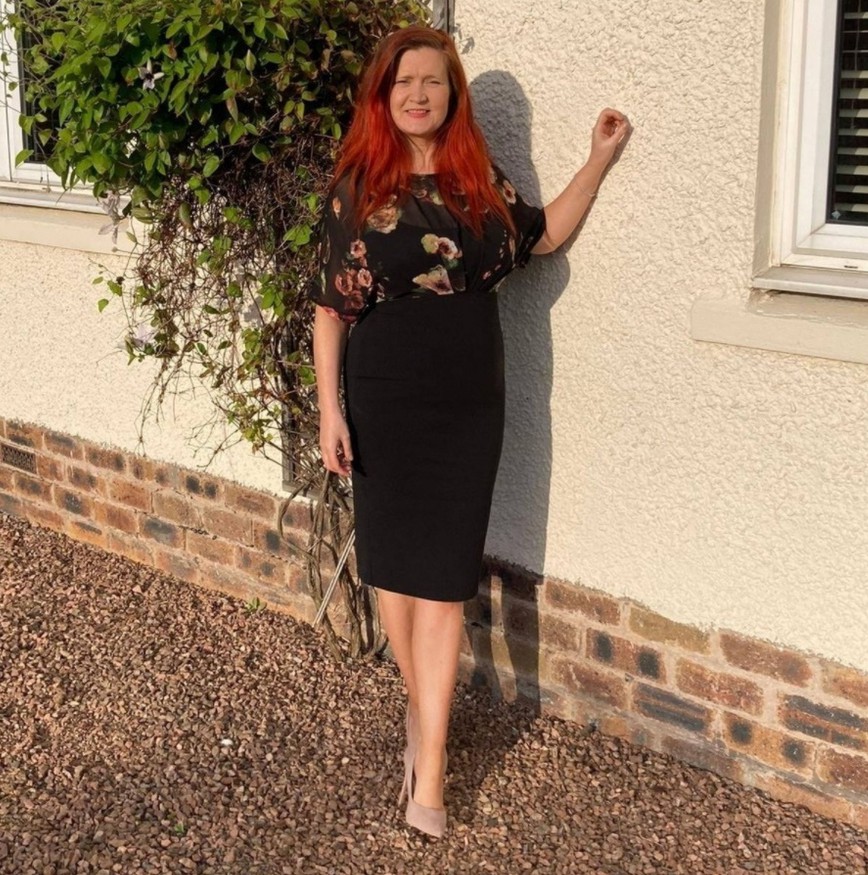 The single mum was alone with her son Joel in their Tayport home when the delivery arrived.

The mum-of-two says the delivery men brought the sofas to the foot of their stairs before insisting they were unable to enter her home due to coronavirus and leaving the enormous sofas in front of her door.

Sarah was in such "absolute emotional distress" when she was unable to move the sofas, she had to call her ex-husband to help.

The couple managed to move one of the sofas – but were unable to move the second.

It was not until the second day when her elder son Jack Ryan, 23, came round that they were able to move the second piece of furniture to free the duo from their accidental prison.

Sarah had recently separated from her husband and spent £1,000 on the furniture, hoping to make a new home for herself and Joel.

Sarah said: "I measured my house to see that I could fit the couches in for sure.

"[The delivery men] brought them in and the first thing the guy said was 'I'm not allowed to go past the threshold of the door due to COVID-19'.

"I said 'right, okay. Fair enough', but I thought if me and my youngest son were to leave and go into a different room, surely it'd be okay.

"You can see just one sofa in the picture but they'd actually piled the other sofa on top – both wrapped in cardboard.

"I was kind of just standing there in shock at them leaving them there like that."

Soon after the delivery, Sarah's ex-husband Adam helped her drag one of the sofas up the stairs, but they were still unable to manage the second.

With one of the sofas remaining in place, Sarah and Joel were still unable to get out of the property to buy food so they were forced to order takeaway pizza.

Sarah said: "We were starving but we couldn't get out the door so we ordered a pizza.

"The delivery guy came along and had to push the pizza through the railings of the kitchen window.

"My son, who's 23, came along the next day and managed to get both sofas upstairs inch by inch, taking his time.

"The sofas fit perfectly in the living room just fine so there was plenty of space for them.

"It's a lot of money and you'd expect it'd at least be delivered safely, so I could get out the front door."

Despite the incident happening in July, Sarah claims Argos failed to respond to her complaint for six weeks  and only received a reply when she threatened to contact the media.

After Argos were contacted for comment, she says the retailer then got in touch to offer her a £206 "goodwill gesture".

Argos claim they are also arranging a full refund for the sofas, which she has yet to receive.

A spokesperson for Argos said: “We have spoken to Sarah to say how sorry we are for the inconvenience this caused.

"We have also arranged a full refund and additional gesture of goodwill.” 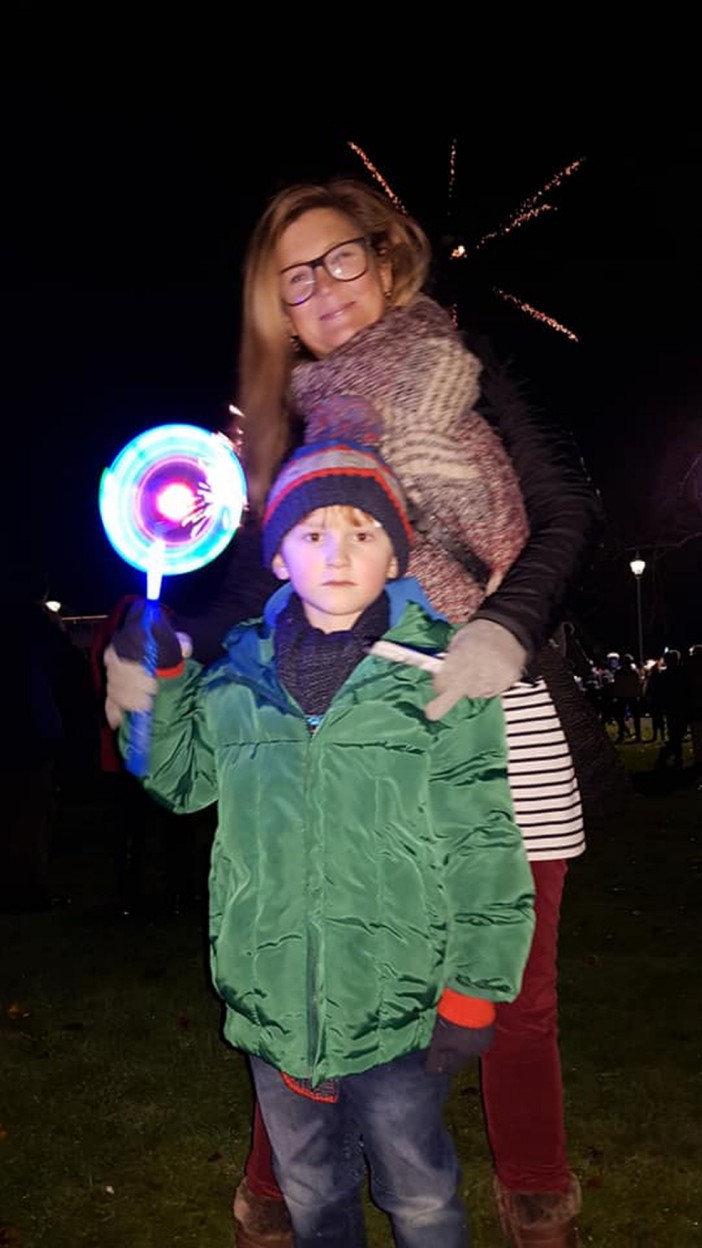