BORIS Johnson has today paid a sombre visit to the church where Sir David Amess was murdered to lay flowers.

The Prime Minister was joined by Priti Patel and Sir Keir Starmer in a rare show of cross-party union during the visit, which comes less than 24 hours after the MP was killed. 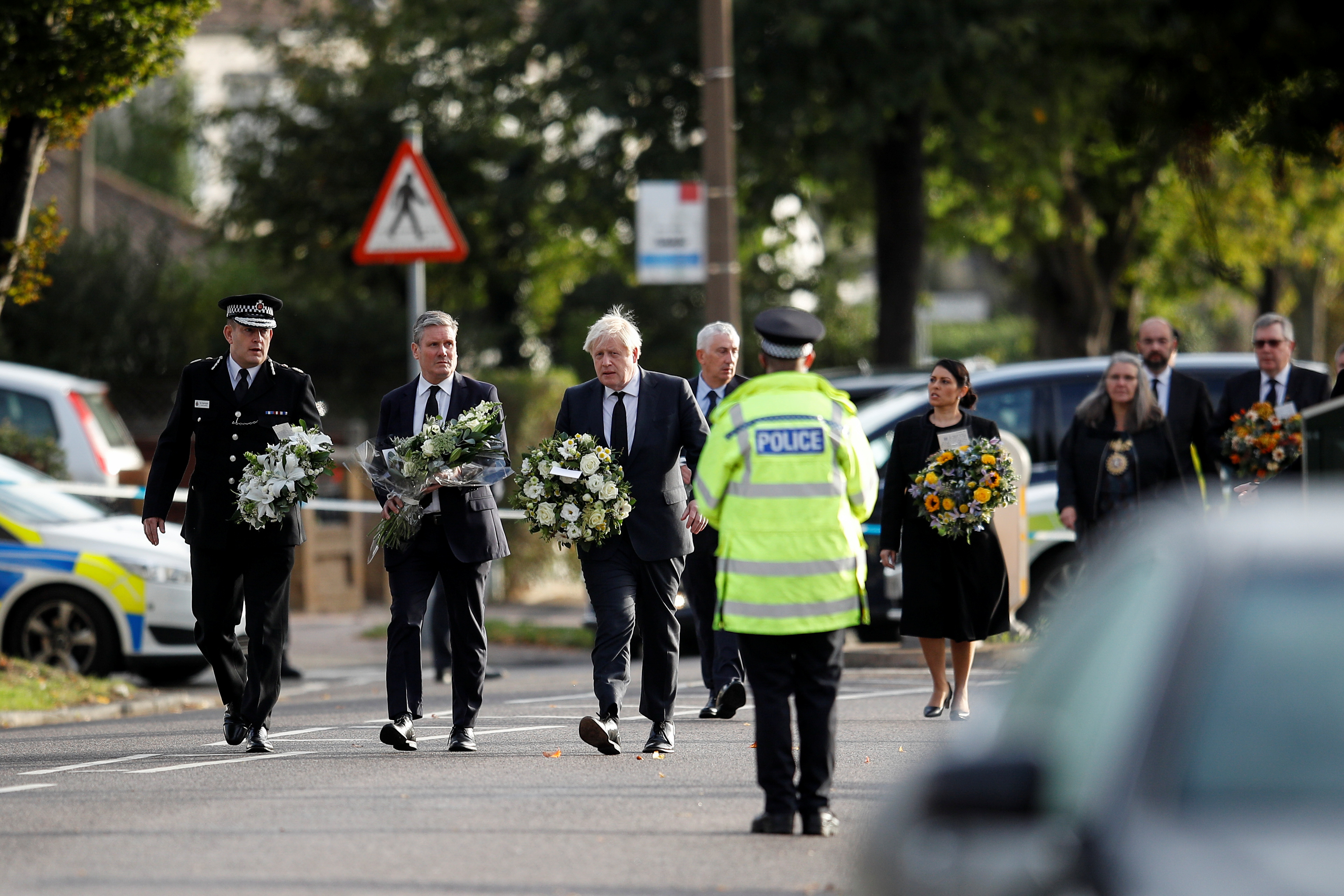 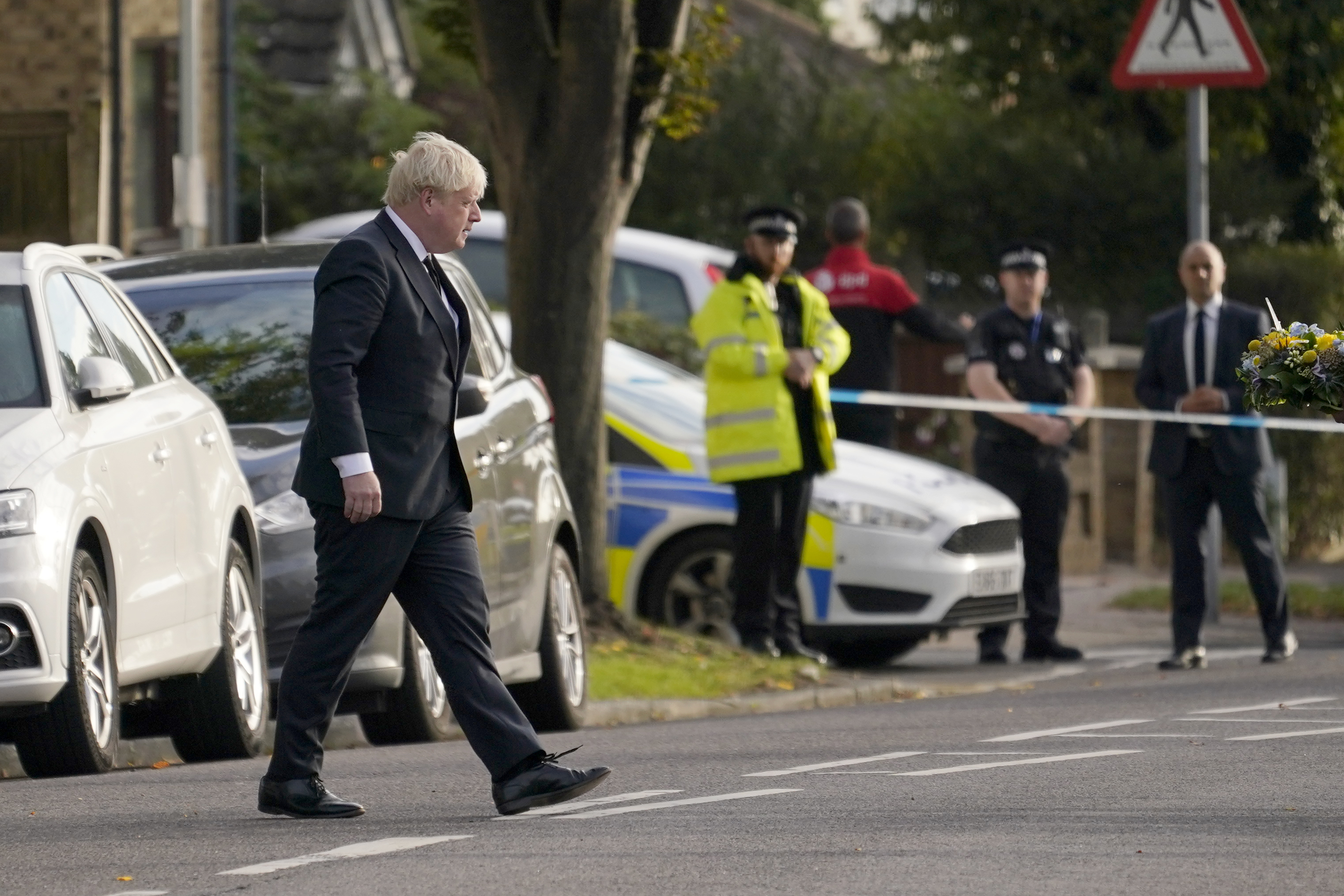 Sir David was meeting with constituents in Leigh-on-Sea, Essex, when he was stabbed up to 17 times, according to reports.

A 25-year-old British national of Somali origin was arrested on suspicion of murder.

Mr Johnson and Sir Keir both wore black suits and carried white blooms as they walked side-by-side to the church.

Mrs Patel, who brought yellow and purple flowers, was dressed in a black coat.

The PM last night led tributes to married dad-of-five Sir David, describing him as a "much-loved friend and colleague".

Mr Johnson said: "All our hearts are full of shock and sadness today at the loss of Sir David Amess MP, who was killed in his constituency surgery in a church after almost 40 years of continuous service to the people of Essex and the whole of the United Kingdom.

"David was a man who believed passionately in this country and in its future and we have lost today a fine public servant and a much-loved friend and colleague."

The suspect is being quizzed by counter terror cops today. He is feared to have been inspired by Islamic extremism.

It's understood he lived in Sir David’s Southend West constituency after his family came to the UK from the war-torn East African country in the 1990s.

He reportedly booked a slot at the surgery to speak with the MP.

Police aren't looking for anyone else in connection with their investigation.

The tragedy comes as…

John Lamb, councillor for neighbouring West Leigh, said Sir David was with two female members of staff – one from his constituency office and one from his parliamentary office – when a man "literally got a knife out and just began stabbing him".

Mr Lamb told The Sun that the two heroic staff — including PA Julie Cushion — were heartbroken.

He said: “They are devastated. I’ve no idea of the motive. He had no known enemies.

"I’m told the man was waiting calmly to be seen. It’s horrendous. So awful.”

The political columnist, who founded Tory website Conservative Home, told BBC Radio 5 Live presenter Tony Livesey: "I wasn't going to do any interviews but I felt I had to say something about my friend.

"I've had my own sort of mental health struggles recently and it was just a couple of weeks ago turned out to be the last time I spoke to David.

"David rang me and said 'how are you?'. And you know what British people are like – we say we're fine even when we're not.

"He pressed me and said 'I know you're not well at the moment'."

He said Sir David was "impish" and tried to make him laugh during the chat – adding: "Just towards the end of the conversation he said 'I know you're not in the best place at the moment, but if it ever gets darker, you'll call me, won't you?'

"And I promised that I would." 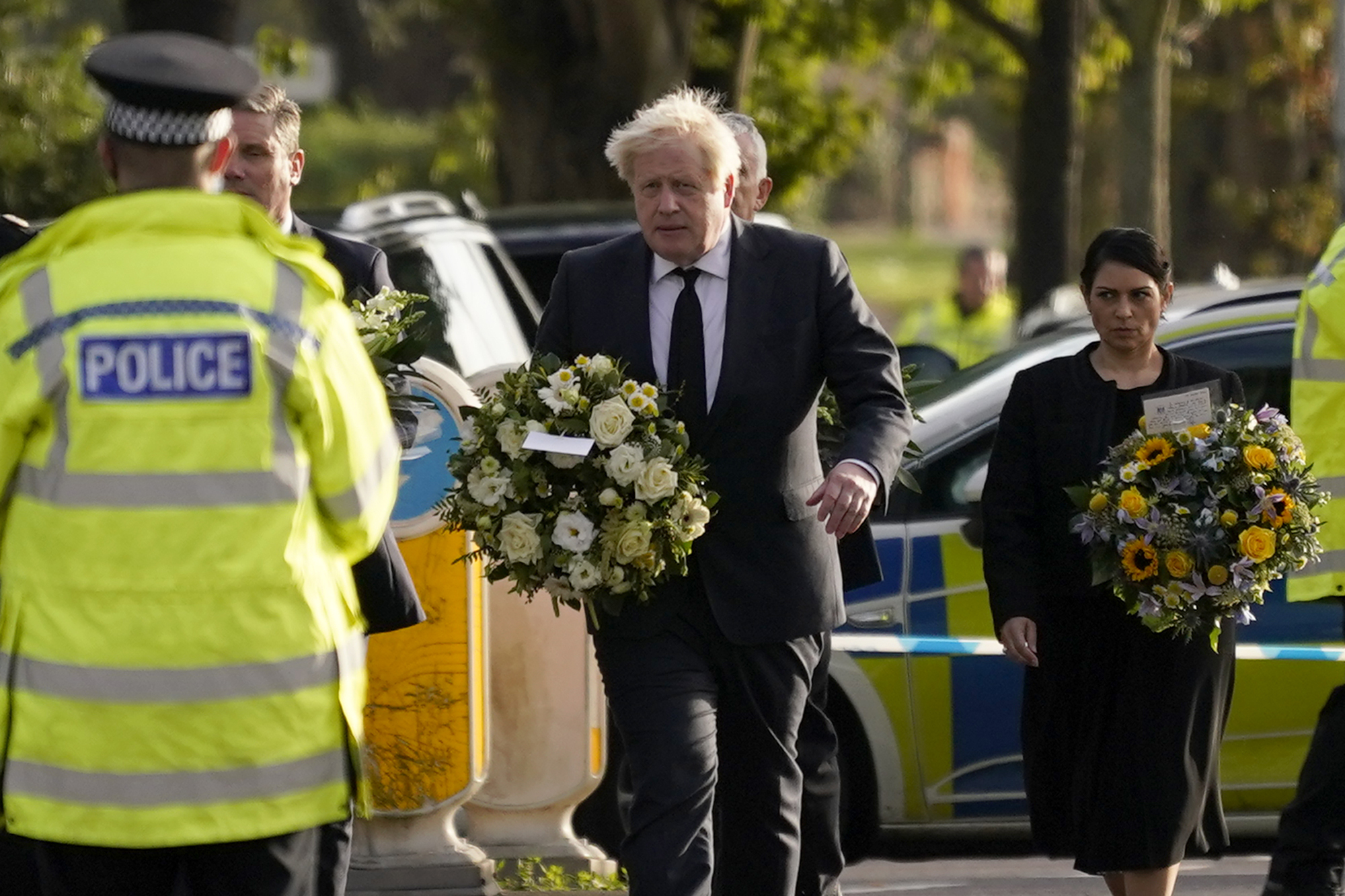 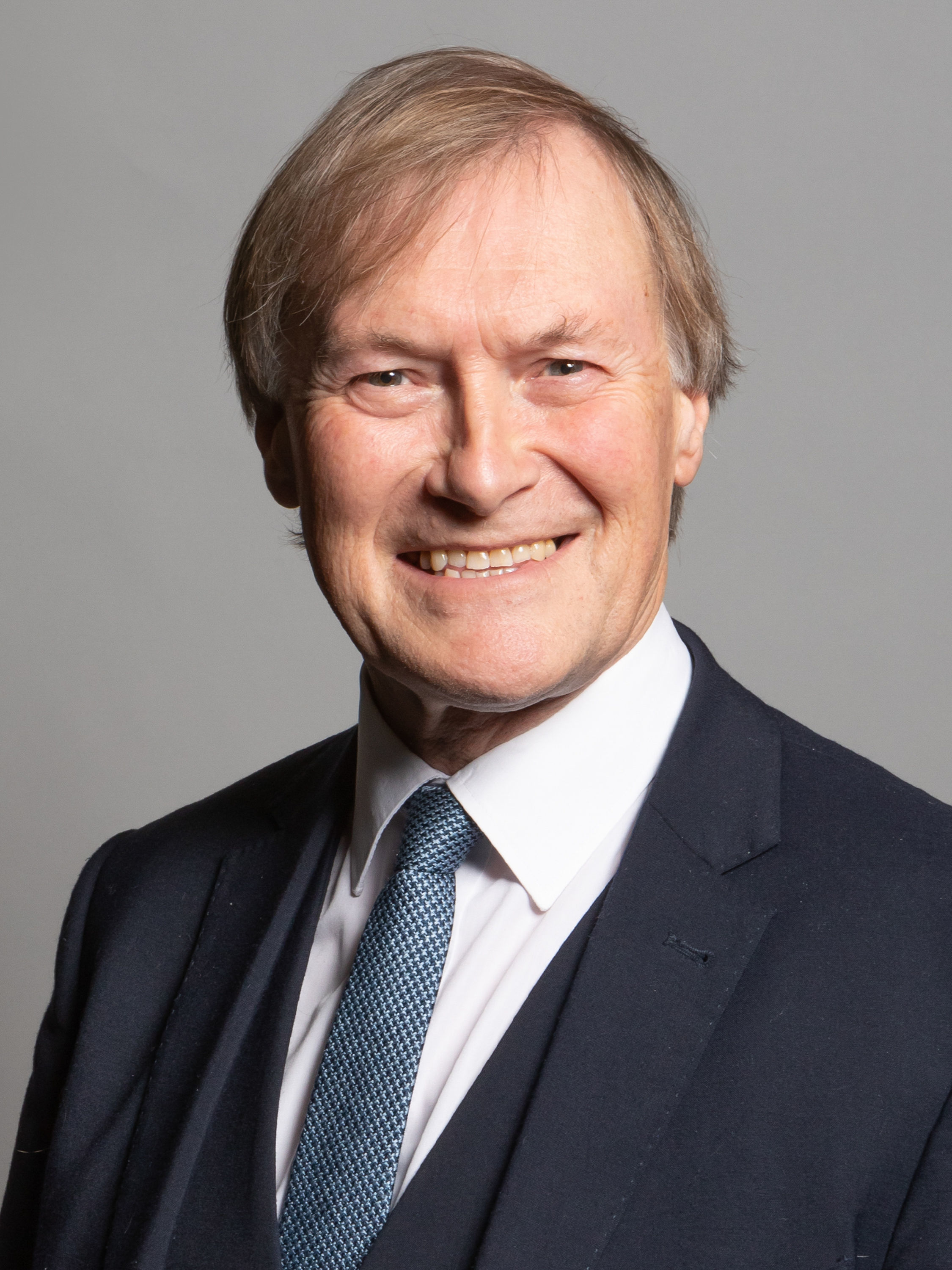