Sir Philip Green will snub Steve Coogan’s parody film based on his life because he is ‘not interested’ in watching ‘a load of s***’.

Friends who have seen the trailer for Greed have slated it to the disgraced retail magnate, whose jet-set lifestyle will be replicated on the big screen from Friday.

Coogan stars as high-street mogul Sir Richard McCreadie – nicknamed McGreedy – in the movie which centres on an extravagant 60th birthday bash on the Greek island of Mykonos.

It would seem to replicate the luxury-laced toga party billionaire Sir Philip threw in 2002.

But Sir Philip, 67, will not be joining the scores of film fans trooping to cinemas to watch the movie, as he’s heard it’s a ‘load of s***’. 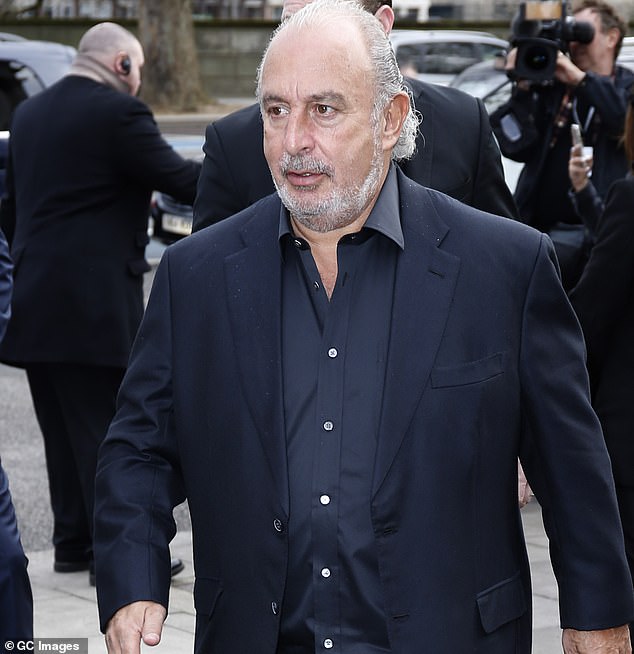 ‘He says he’s not interested in it. And I don’t think it’ll be on at his local cinema in Monaco, so he won’t have to try too hard to avoid it,’ a friend told the Sunday People.

Made In Chelsea’s Ollie Locke, who dated Sir Philip’s daughter Chloe in 2011, also plays the boyfriend of Coogan’s daughter in the film.

Speaking about taking on the role of the movie’s tycoon protagonist, Coogan, 54, said: ‘I got to have a deep, deep tan and I had the whitest teeth.

‘I tried to whiten them by going to the most whitening person in London and they couldn’t get them as white as these false ones.

‘So I just stuck the false ones on top of mine. I made Cliff Richard look like he needed to clean his teeth!’ 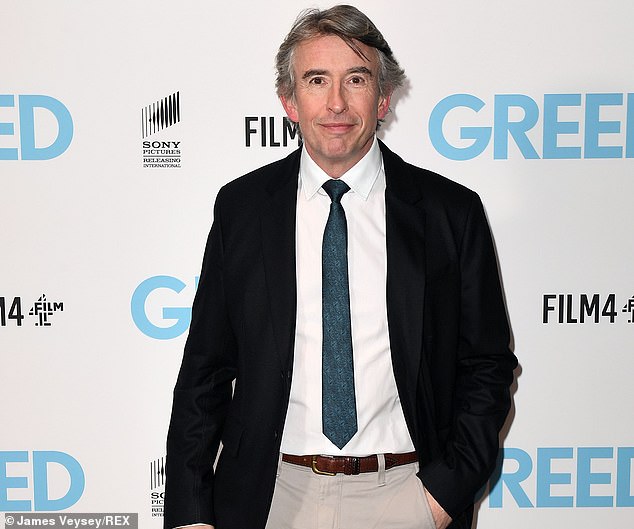 Sir Philip made his millions in the retail industry as chairman of the Arcadia group whose flagship brands include Topshop, Dorothy Perkins and Burton.

But his reputation was muddied when the now defunct BHS retailer racked up mountains of debt before he sold it for £1 to serial bankrupt Dominic Chappell – who drove the business into the ground with the loss of 11,000 jobs.

Last month a judge in the US dismissed an assault case against Sir Philip after a pilates instructor he allegedly groped decided not to appear in court to give evidence against him.

Katie Surridge, 38, had accused the business mogul of ‘repeatedly fondling’ her bottom and making inappropriate comments to her at the exclusive Canyon Ranch health club in Tucson, Arizona, in 2016 and 2018.