Look out Michael Flatley! Six-month-old boy shows off his Irish dancing skills as his proud father says ‘his feet just do not stop moving’

This is the adorable moment a six-month-old boy whose ‘feet just do not stop moving’ Irish dances on a tabletop.

The clip, filmed in Blackpool, captures Spencer White as he shows off his skills while being held up by his aunt Megan.

Little Spencer kicks his legs frantically up and down while grinning at the music in his own take on Riverdance. 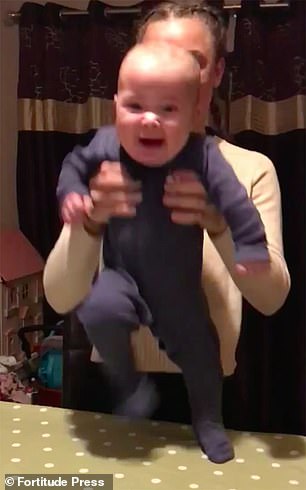 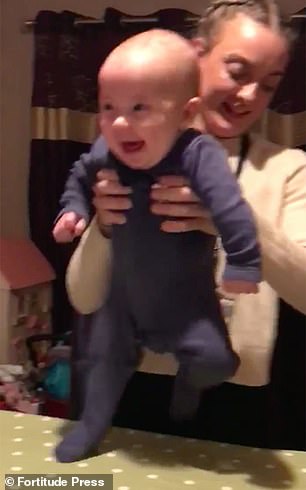 Spencer White, from Blackpool, moves his legs frantically up and down in his take on an Irish jig

His aunt then moves him gently across the surface as he continues an impressive jig in his navy blue onesie.

Spencer’s father, Ryan White, posted the clip to social media for his family and friends when it started to gain hundreds of views.

The father-of-two said: ‘He is the smiliest babe we have ever laid eyes on. He is constantly happy and his feet just do not stop moving.

‘Even in the womb he was going crazy!’ 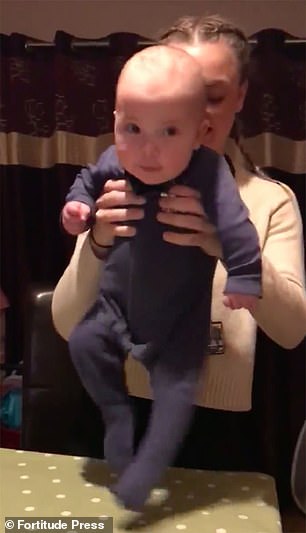 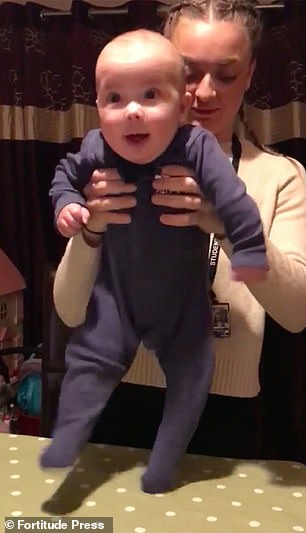 His aunt Megan, who is holding him, then moves Spencer gently across the table as he continues his dance

Mr White said he has been inundated with messages since posting the video to Facebook.

He said: ‘We posted the video online so that everyone in his family could see it.

‘After seeing videos like it I thought it might catch on but I never expected it to go viral!

‘People are amazed! They’ve laughed, they’ve smiled and everything!’