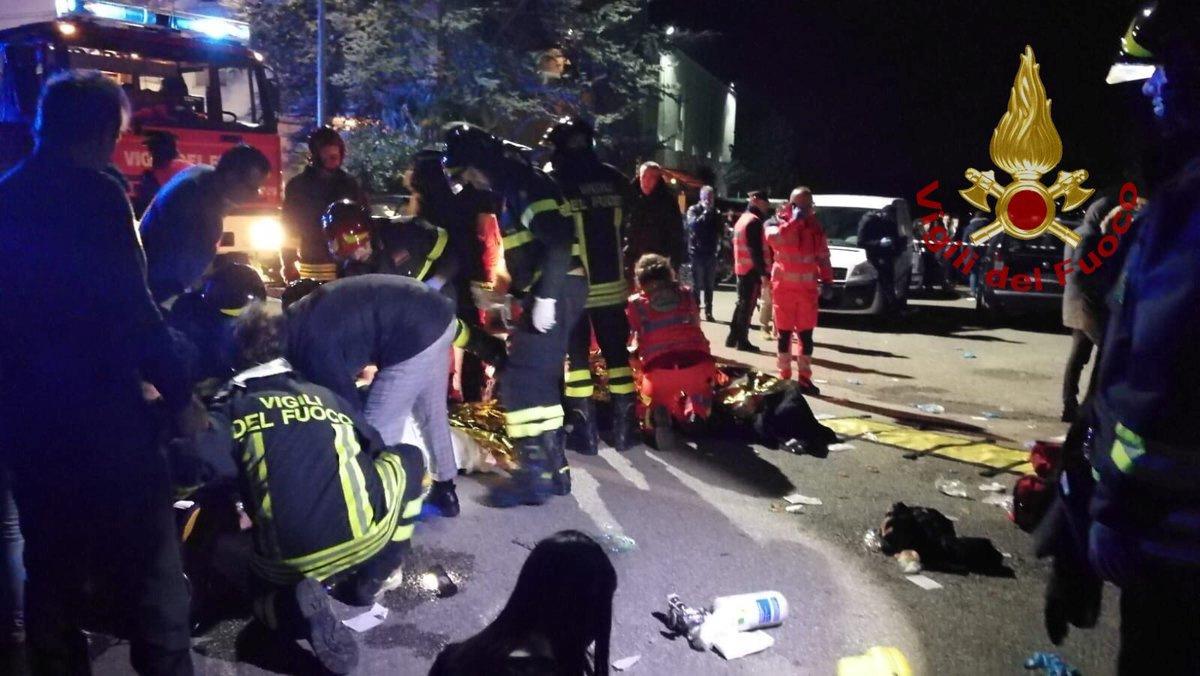 ROME (Reuters) – Six people, including five young teenagers, were crushed to death in the early hours of Saturday following a stampede at a packed nightclub near Ancona on Italy’s Adriatic coast, officials said.

The deaths occurred when a walkway leading out of the Lanterna Azzurra nightclub in the town of Corinaldo collapsed, causing dozens of people to fall into a trench below.

Three girls, two boys and a mother who had accompanied her child to the event died in the crush. Police said the teenagers were aged between 14 and 16, while the dead woman was 39.

More than 100 other people were injured, 13 of them seriously, officials said.

The local fire brigade said someone might have sprayed a substance like pepper spray into the crowd, triggering a panicked rush to the emergency exits.

Deputy Prime Minister Matteo Salvini, who also serves as interior minister, said early indications suggested there were many more people than permitted inside the club, where popular Italian rapper Sfera Ebbasta had been due to perform.

“People cannot die like this,” Salvini said in a statement.

“We will find those responsible for these six broken lives, those who out of malice, stupidity or greed have turned a party night into a tragedy,” he added.