‘Skinny house’ that measures just THREE FEET on one side and is shaped like a pie sells for $260,000 in Illinois after it went viral on Tik Tok

A ‘skinny house’ that went viral for its shockingly slim dimensions and triangular shape just sold for $260,000 in Illinois on Friday.

The unconventional home, located in Deerfield, is nestled on a 3,876-sqft lot at the corner of a neighborhood where they average income in $142,000.

Known as the ‘Pie House’ to locals, the two-bedroom and three-bathroom home measures just three feet on one of its sides.  The ‘wedge-shaped’ property then expands to about 20 feet in width on the other side. 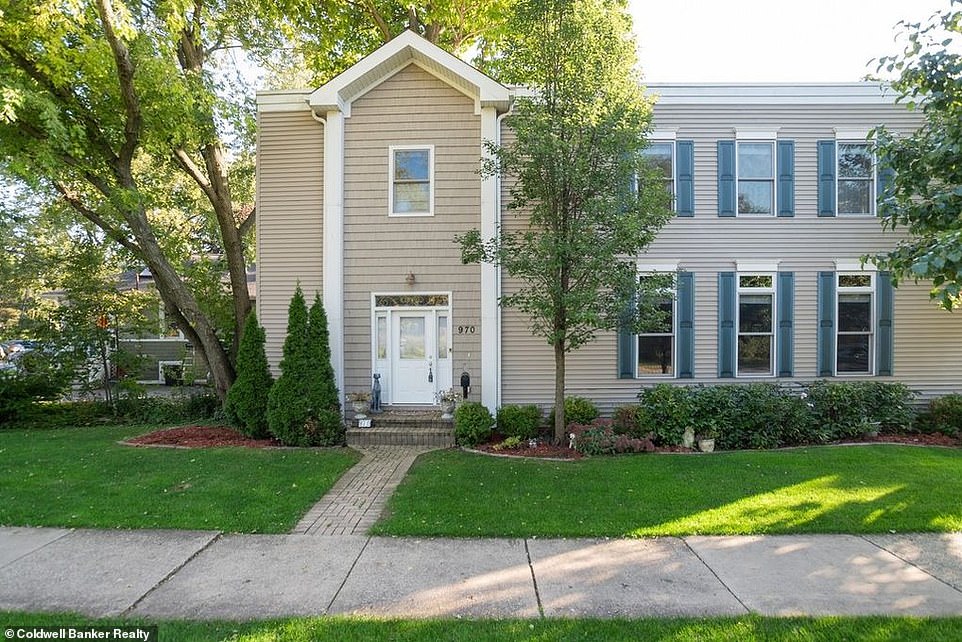 A home located at 970 Chestnut Drive in Deerfield, Illinois, was sold this week for $260,000 after a young Tik Tok user posted a video of the property on social media 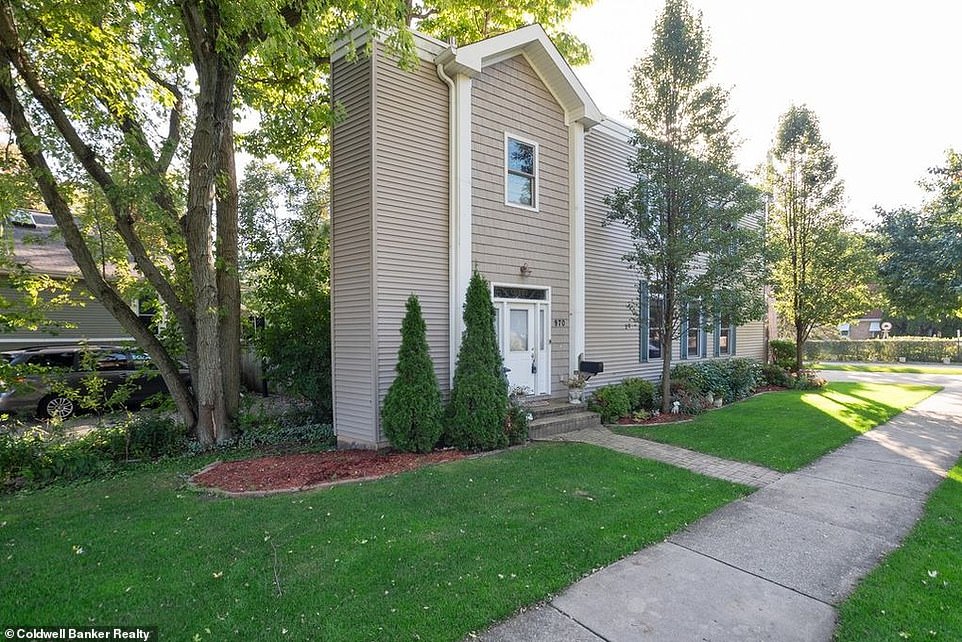 The home is called the ‘Pie House’ by locals because one side only measures three feet in width, while the other expands to around 20 feet in width like a triangle 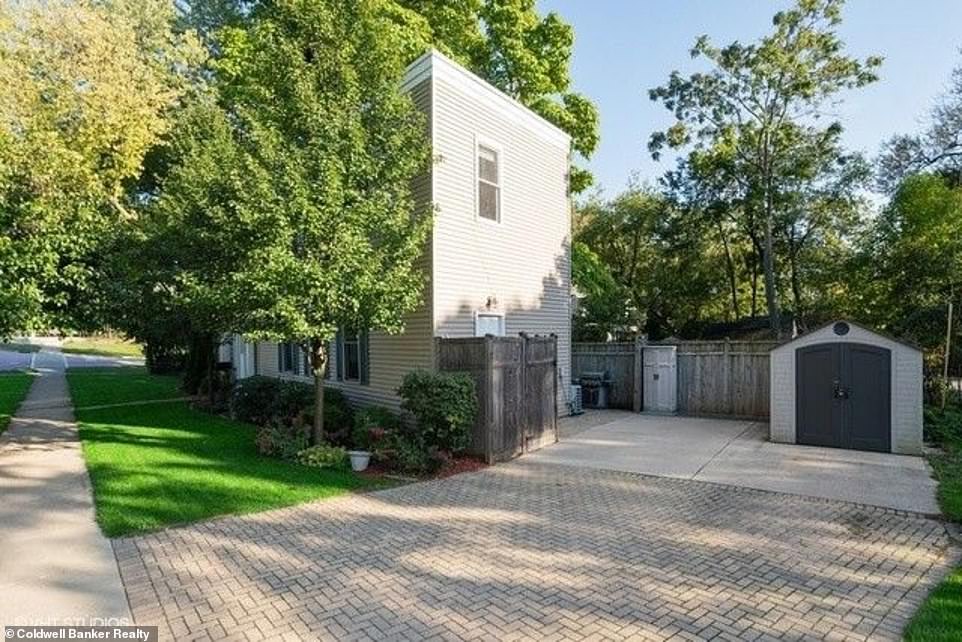 Although it looks tiny, the ‘Pie House’ (pictured)  is nestled on a 3,876-sqft corner lot and has 1,600sqft of living space for homeowners that includes a finished basement

Alan Berlow, the realtor with Coldwell Banker Homes, told DailyMail.com that the home is about 20 feet in height and its unusual design was a byproduct of local property ordinances.

When the original homeowners first built the property in 2003, they had to fit the entirety of their home on just 40 per cent of the lot, said Berlow.

The Village of Deerfield had an ordinance that said homes built in that area must allow space between homes and roadways. 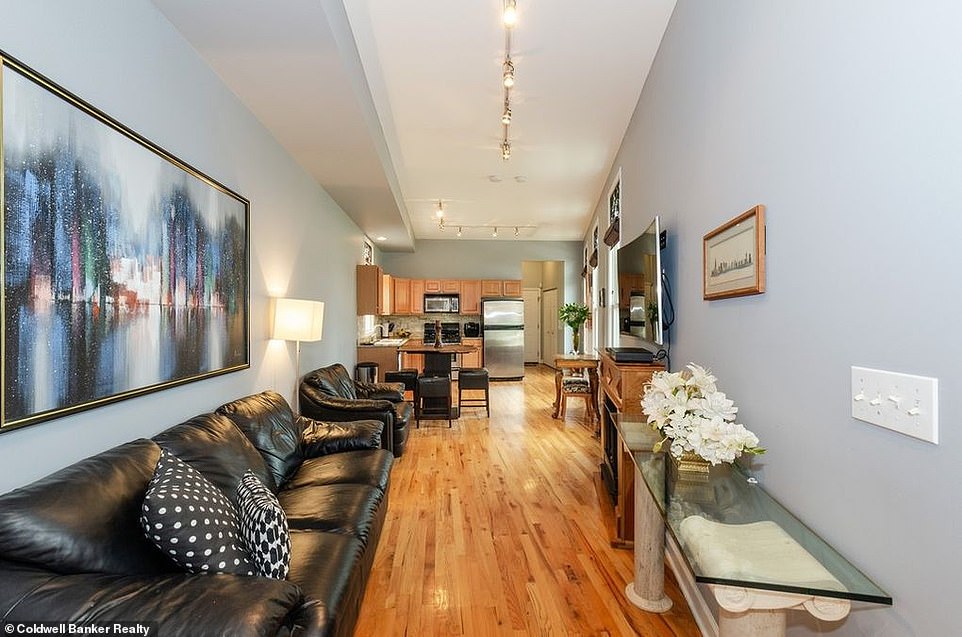 Alan Berlow: ‘The space and how it’s distributed through the home is certainly nontraditional but it works. The home was built specifically for the size of the lot and it’s far more functional than it looks’ 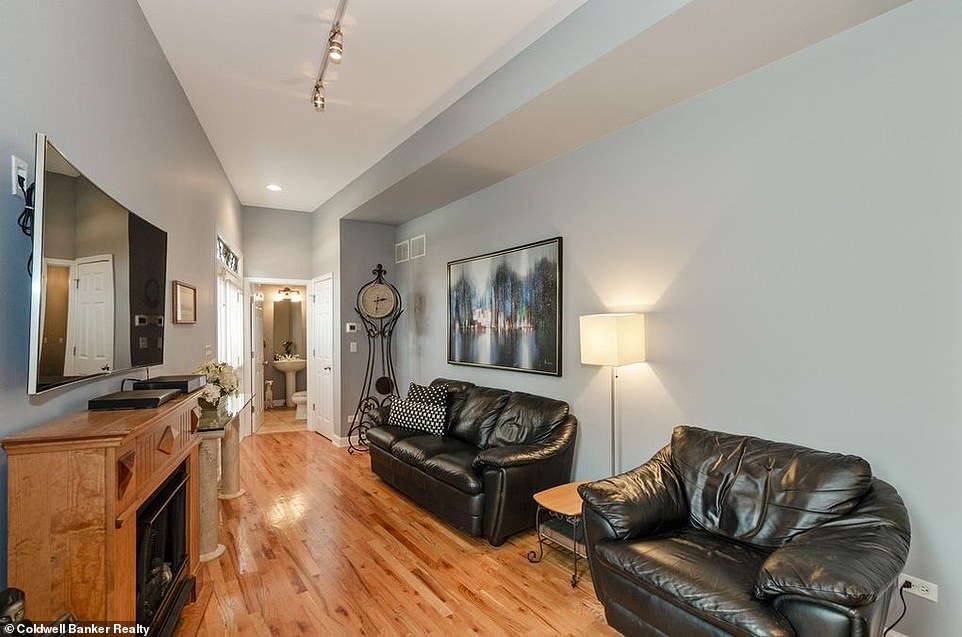 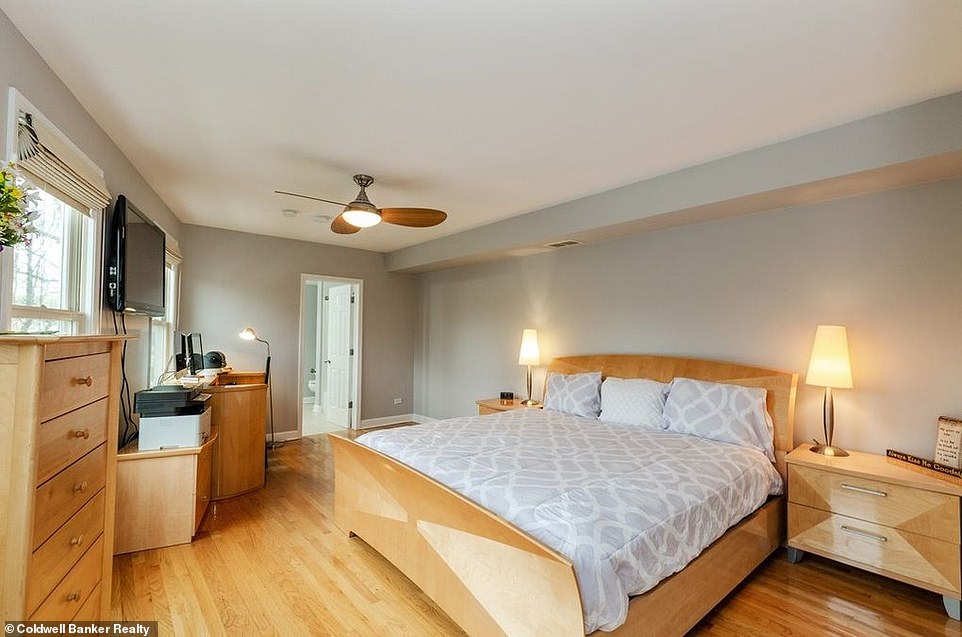 The master bedroom on the second floor as a 19-foot width (pictured) and outfitted with modern amenities, like air conditioning. A second bedroom in the basement records a 17-foot width.

‘Where lots comprising forty (40) percent or more of the frontage on a block are developed with buildings having front yards of greater depth than required herein, new buildings shall not be erected closer to the street than the average front yard so established by the existing buildings.’ it read in the General Provisions.

The Pie House remained a local wonder to Deerfield residents until a Tik Tok user uploaded video of the home and attracted a following.

User @eli.korn_ shared footage of the Pie House’s exterior in a viral video that has been viewed more than 1.2million times and has 337,000 likes.

In it, the boy is seen marveling at the slender structure at 970 Chestnust Drive while a caption reads ‘Skinny House’ several times in a row. 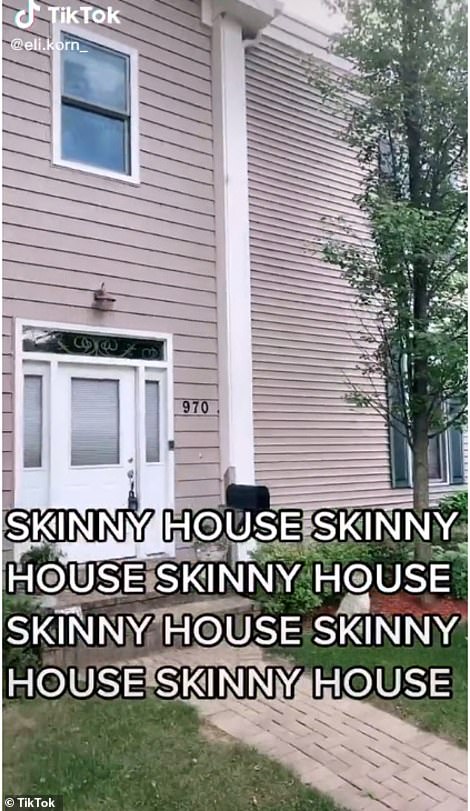 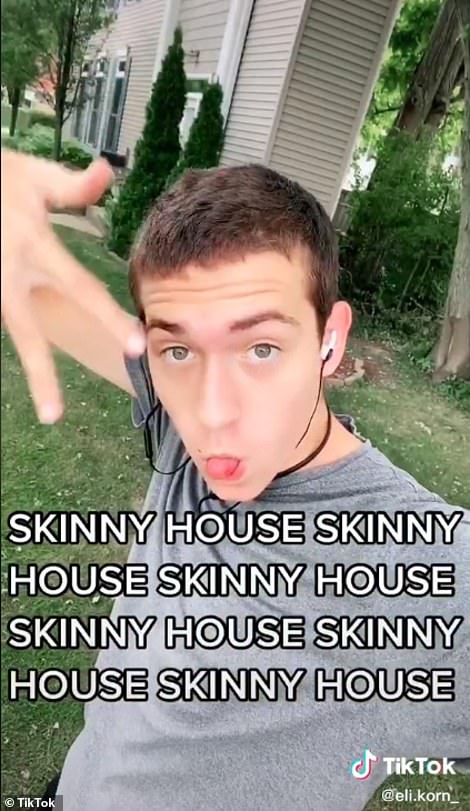 Tik Tok user @eli.korn (right) helped spread awareness about the ‘Skinny House’ in Deerfield, Illinois, after he shared a video last week of the property and it quickly amassed 1.2million views

‘That’s not a house, that’s a hallway,’ one Tik Tok commentor said, while another added,’One gust of wind and it’s all over.’

‘How does someone live there?’ one person asked. ‘But like…how do the stairs work? Are they just an entire corner? Are they spiral? is it just a LADDER?’

But Berlow said the home is actually quite spacious and the exterior design is a bit deceiving.

‘It appears quote normal inside the home,’ he said.

The Pie House has over 1,600sqft of living space, including a finished basement out of the 1,122sqft home. 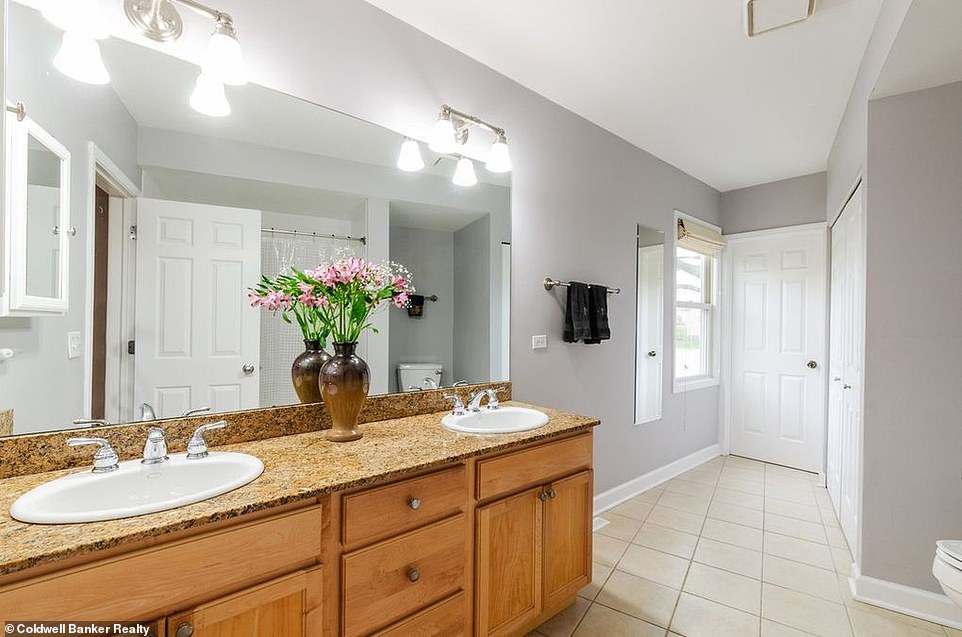 Pictured: a look into one of the Pie House’s three bathrooms shows ample storage and living space that will allow homeowners to feel secure at all times 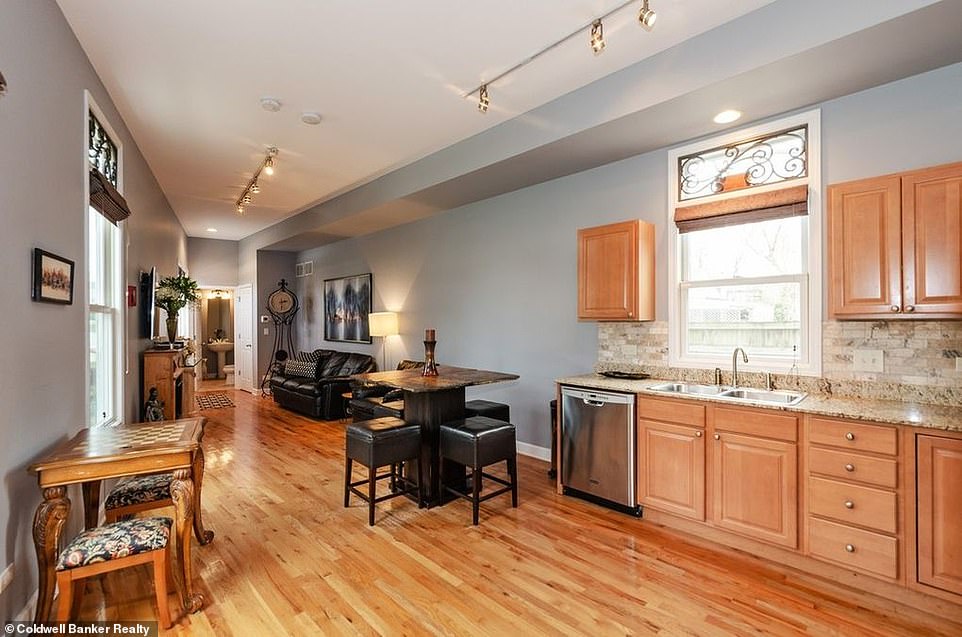 When the home was first erected in 2003, the original homeowners had to follow the Village of Deerfield’s building guidelines and only used a certain percentage of the lot 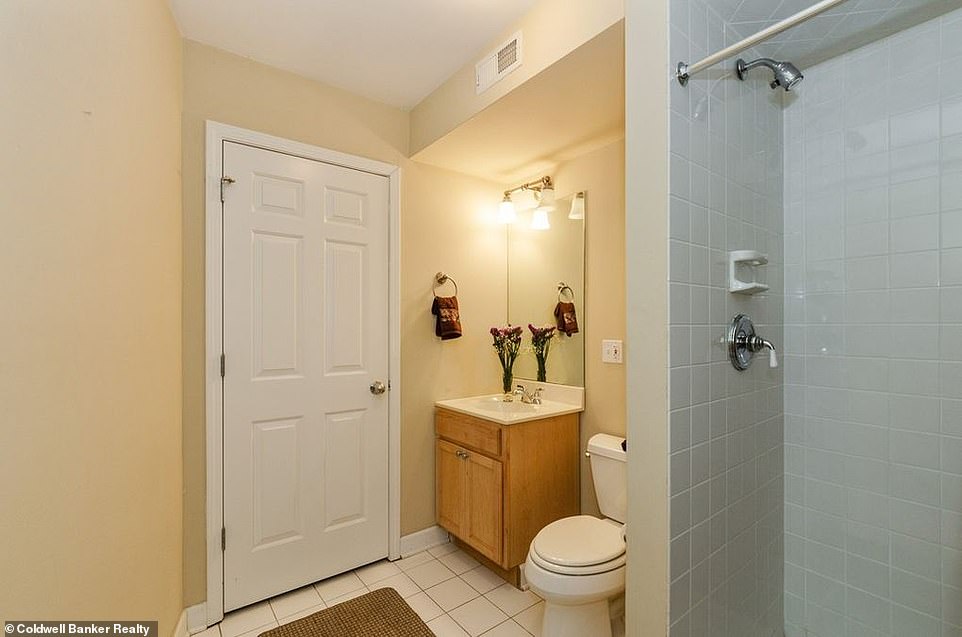 Pictured: one of the Pie House’s three bathrooms that show, despite the small size from the outside, regular amenities like showers have more than enough space to fit

‘The space and how it’s distributed through the home is certainly nontraditional but it works. The home was built specifically for the size of the lot and it’s far more functional than it looks,’ Berlow told Today.

He said the area that measures just three-feet-wide houses a bathroom and storage area. Despite the exterior, the bedrooms apparently feel normal size.

The master bedroom on the second floor as a 19-foot width, while a bedroom in the basement records a 17-foot width. The living room on the main level has a 23-foot width and the kitchen comes just under that at 15 feet. 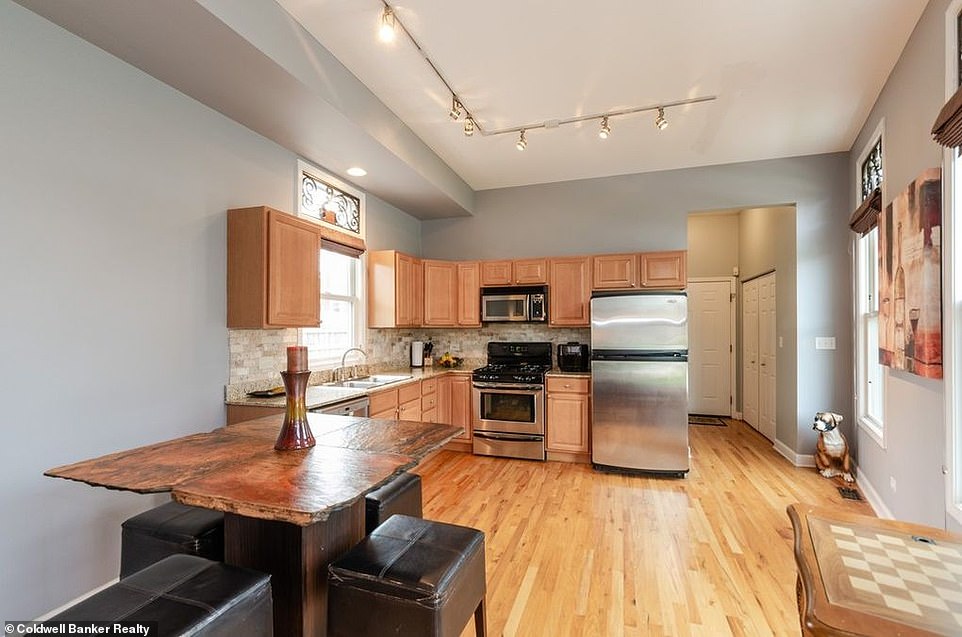 The Pie House’s kitchen measures around 15 feet wide and is equipped with stainless steel, hardwood floord,  stunning floodlights overhead and windows to allow in natural sunlight 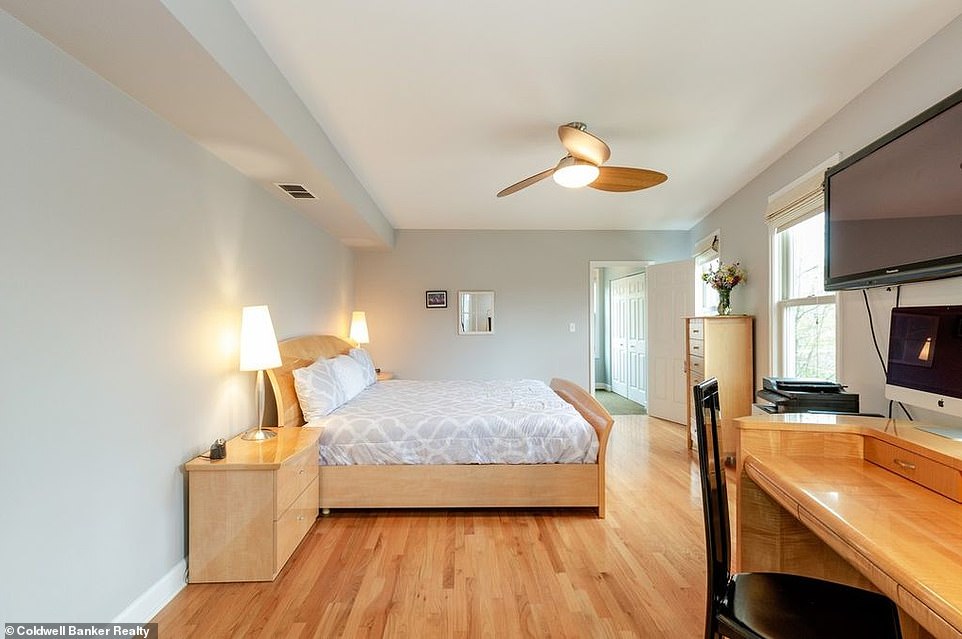 Berlow: ‘It’s shaped like a piece of pie. Also it’s a “slice” of history in Deerfield, an area in the famous North Shore of Chicago. It’s so unique and it’s a very well-known home in the community’ 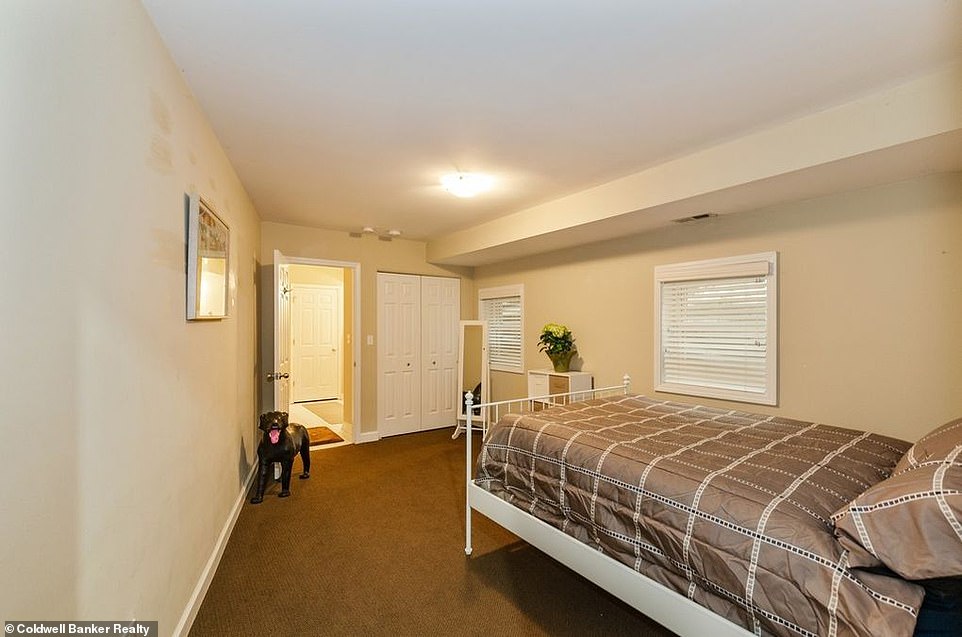 Several Tik Tok users were confused by the home’s dimensions, including one person who wrote. ‘How does someone live there? But like…how do the stairs work? Are they just an entire corner? Are they spiral? is it just a LADDER?’

According to Berlow, the ‘Pie House’ didn’t get its charming name just because of its shape.

‘It’s shaped like a piece of pie. Also it’s a ‘slice’ of history in Deerfield, an area in the famous North Shore of Chicago,’ he said.

And to Berlow, it’s no wonder the triangular property went viral on social media.

‘It’s so unique and it’s a very well-known home in the community,’ he said.