The -23C figure was recorded in the northern city of Florina and led to road closures and disruption to transport.

Further south in the capital, Athens, snow fell around monuments such as the Temple of Zeus as schools closed and some roads became impassable because of ice.

Courthouses also shut up shop, while there was a minimal service from some other state services and banks. 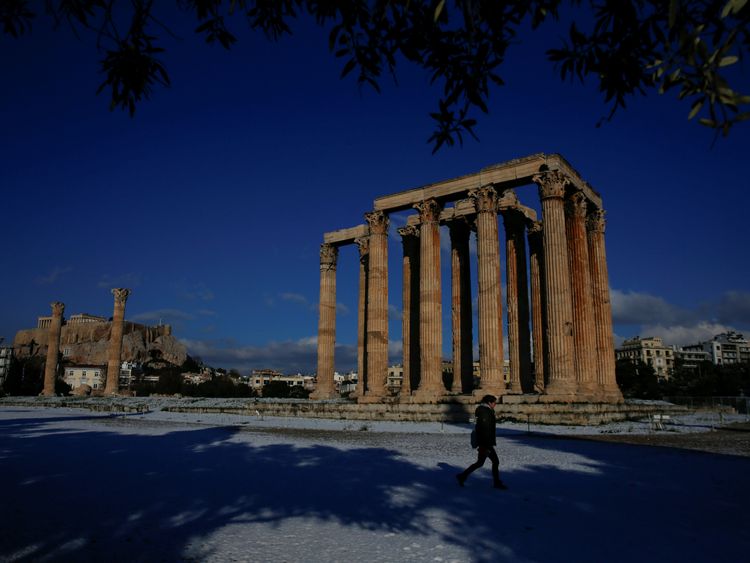 The cold snap has been going on for several days and Greek officials have said the conditions have led to three deaths.

Some people have been trapped in their homes or cars by heavy snowfall. 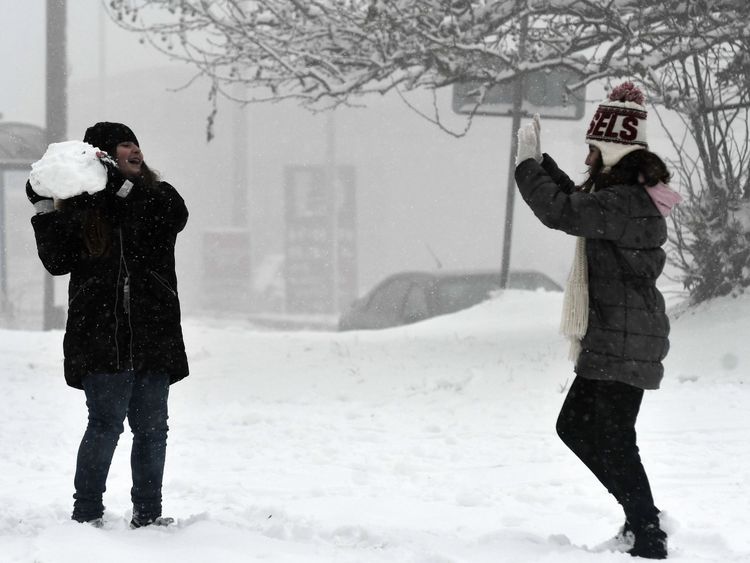 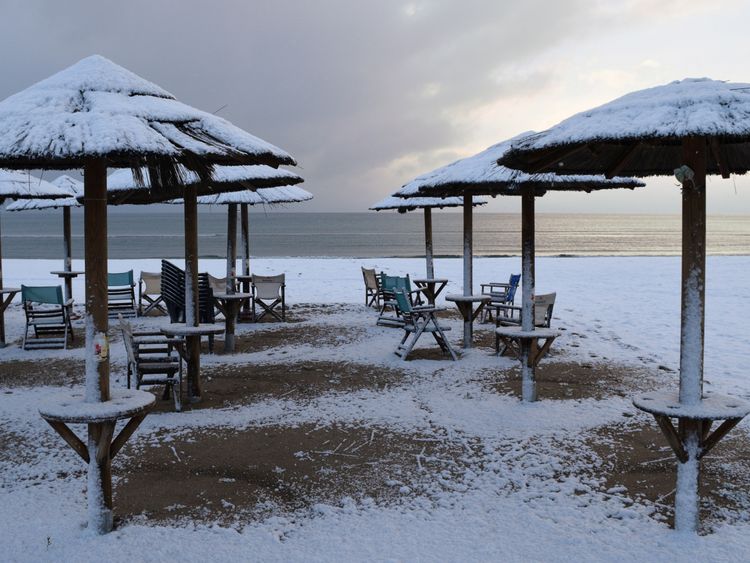 Heavy rain and snow has also been reported in Cyprus, which is more used to long periods of drought.

He said: “That’ll mostly be coming over the cold land as well – unlike the UK, where cold air moving in is generally warmed a bit by the sea.”