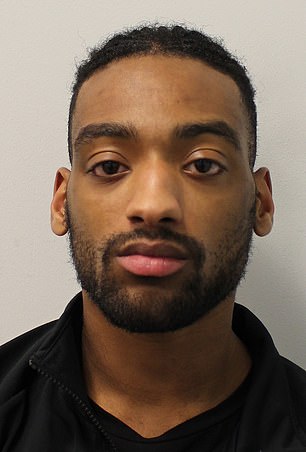 A soldier who committed a string of robberies and attempted robberies across south London has had his prison sentence reduced by three years.

Dillon Sharpe was serving in the Queen’s elite Grenadier Guards when he committed a series of robberies and attempted robberies, threatening late-night convenience shop workers with an imitation handgun.

Sharpe, who served for six months in Helmand Province, Afghanistan, admitted the string of offences in south and south-west London in 2018 and 2019.

He was sentenced to 13-and-a-half years in prison earlier this year.

He initially committed four crimes on his own around the Tulse Hill area of south London in February 2018.

Five months later, there was a spree of attacks around Kingston and Croydon with two accomplices Kristopher James-Merrill and Elnur Bracegirdle, threatening convenience store staff and robbing shops. 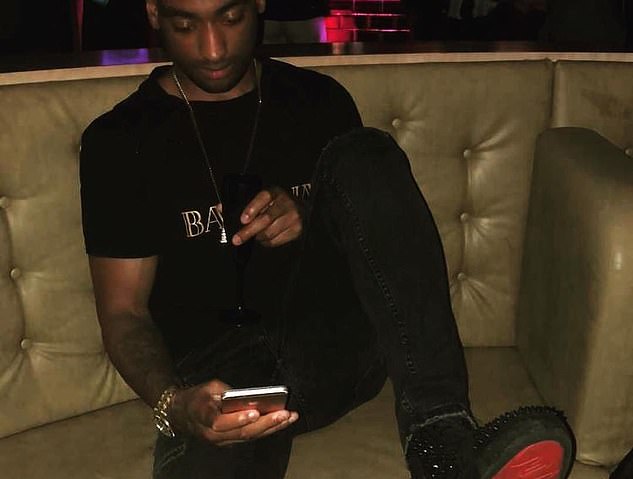 In January 2019, Sharpe committed a similar offence in Brixton with a different accomplice.

Judge Aubrey said the nature of the crimes had meant the initial judgement was ‘an extremely difficult sentencing exercise’.

Recognising the length of time the sprees were committed over and the fact that ‘many of the shopkeepers feared for their lives’, Judge Aubrey concluded: ‘The just and proportionate total sentence would have been a sentence of 10-and-a-half years.’

The Grenadier Guards regiment is one of the most senior in the British Army with soldiers recognised by the scarlet tunic and bearskin uniforms they wear while on ceremonial duty at Buckingham Palace and Windsor Castle.

Sharpe, from Dulwich, and Bracegirdle, from Preston, burst into a Brixton off licence at around 1am on January 10 last year.

As Bracegirdle guarded the door, Sharpe activated his stun gun – causing sparks to fly – and shouted ‘open the door’ at the cashier.

The victim saw Bracegirdle holding a knife by the door and did as he was told, opening the till and stepping back.

Sharpe began filling a blue carrier bag with cash. Both suspects then fled the scene and the victim immediately called police.

On their way to the scene, officers saw two men matching the suspects’ descriptions and detained them.

Sharpe was still wearing his balaclava when he was arrested, and was in possession of the blue bag of cash, gloves and the stun gun.

He was behind 11 previous robberies in February and July 2018 – seven involving James-Merrill and Wright.

In March Judge Timothy Lamb QC, said: ‘Sharpe is making the most of his time in custody. He is involved in a violence reduction program and was assessed as being low risk.

‘James-Merrill though only 18 at the time of his offending he had been in the army for a couple of years and had tasted adulthood.

‘Wright has written a letter. He was effectively of good character and devoted some of his time to helping others with problems. He is deploying this side of his character in custody.

‘Some might think that for seven robberies i ought to be more harsh than in the event I am going to be.

‘However as I have already said I have to mark the relative seriousness of the four defendants’ criminality. As for James-Merrill and Wright the personal mitigation might lead to a minimal adjustment.

‘I am satisfied that looking at the overall picture of this sentencing exercise I am right to treat them both in the same way.

‘There is much to be said for [Bracegirdle]. It was a spur of the moment decision to take part in the robbery.

‘He has shown empathy for the victims of his crime evidenced by a letter to the shopkeeper but for me it is the horrifying nature of the robbery which puts him into a different category of seriousness from Wright and James-Merrill.

‘Some shopkeepers felt able to tackle Sharpe while he stood alone with his gun but what were they to do with two armed attackers?’