British Second World War veterans were among those honoured in front of a crowd of thousands during a night of special commemorations to mark the 75th anniversary of the Battle of Arnhem.

Arnhem city centre was filled with Dutch citizens and visitors from across Europe, as the efforts of allied forces to liberate the Netherlands during the war were remembered on Friday.

Shortly after 6pm, at Eusebius Church, a commemoration service was held, with speeches from the mayor of Arnhem, Ahmed Marcouch, and Frans Timmermans, first vice-president of the European Commission. 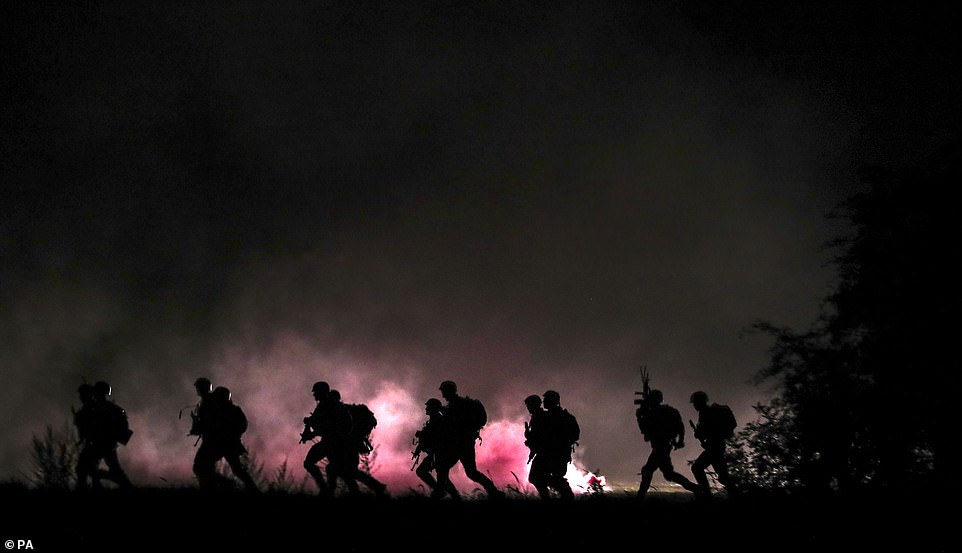 Soldiers run along the river bank after arriving by helicopter at the Bridge to Liberation Experience held on the John Frost Bridge in Arnhem, the Netherlands, during the commemorations 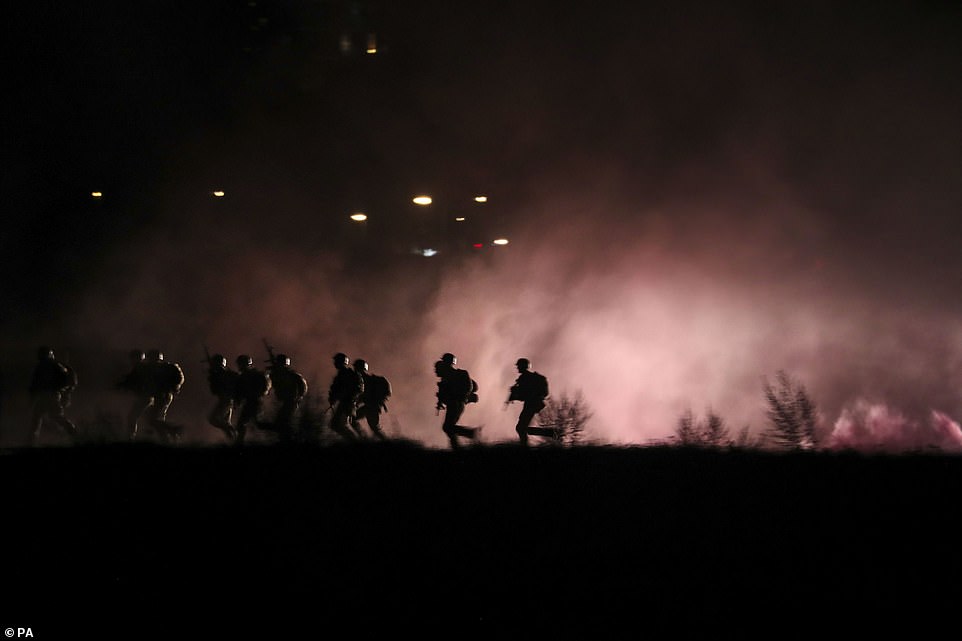 It marks the 75th anniversary of the military operation in Arnhem, codenamed Operation Market Garden, made famous in the film A Bridge Too Far

Princess Margriet of the Netherlands and a host of military and civilian dignitaries attended the short service, alongside British and Polish war veterans.

Afterwards the small group of surviving Arnhem heroes silently led a procession to the nearby Airborneplein monument for a wreath-laying ceremony.

Verses from a poem by Jesse Laport were read in English, Polish and Dutch and wreaths were laid by veterans. 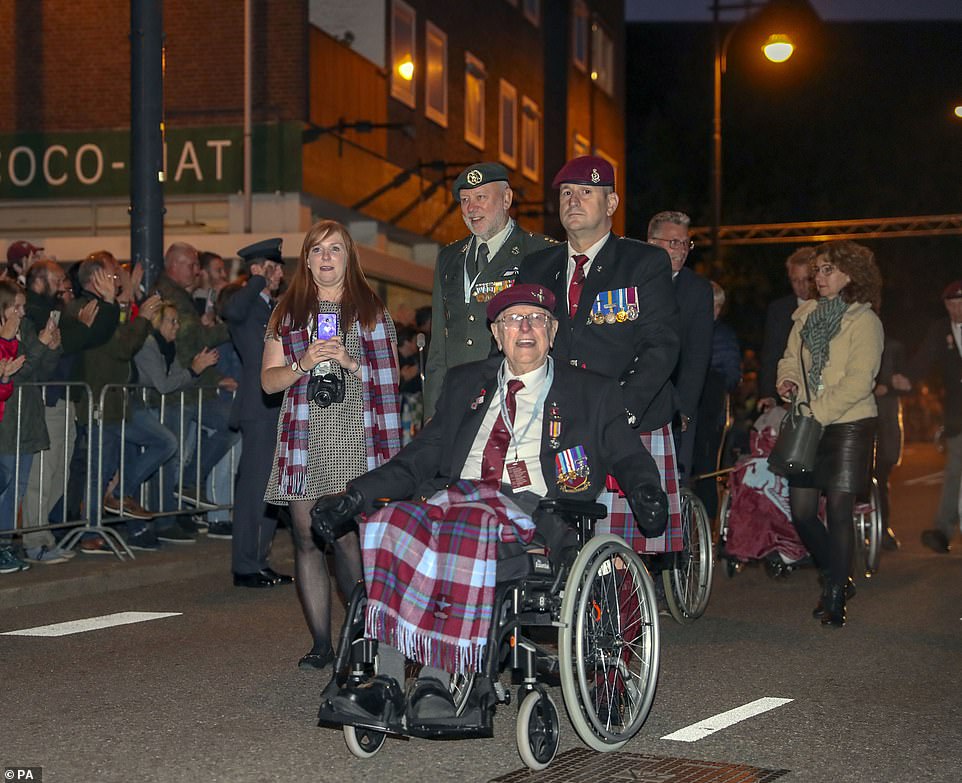 Former paratrooper Sandy Cortmann (front) from Aberdeen, joins the march to The Bridge to Liberation Experience as a crowd of thousands cheers on 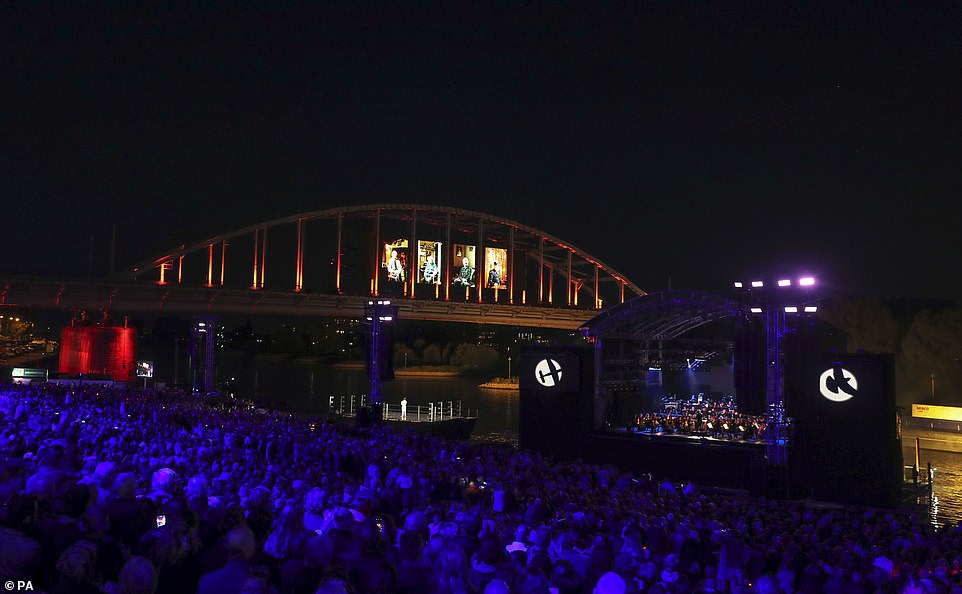 Arnhem city centre was filled with Dutch citizens and visitors from across Europe, as the efforts of allied forces to liberate the Netherlands during the war were remembered

After a lone bugler sounded the Last Post, a minute of silence saw a solemn hush fall over the gathered crowds.

The monument, a damaged pillar from the former Palace of Justice placed on a pedestal, lies close to the John Frost bridge, the site of intense fighting in September 1944.

The bloody Battle of Arnhem saw British forces desperately fight to secure the bridge over the river Rhine, in a bid to help open up routes into northern Germany.

It came as part of Operation Market Garden, the largest airborne assault in history, when more than 35,000 British, American and Polish troops dropped behind enemy lines in an attempt to bring the war to an end.

The ill-fated mission, depicted in the 1977 film A Bridge Too Far, to secure bridges along the Dutch and German border, cost the allies more than 1,500 men, with about 6,500 captured. 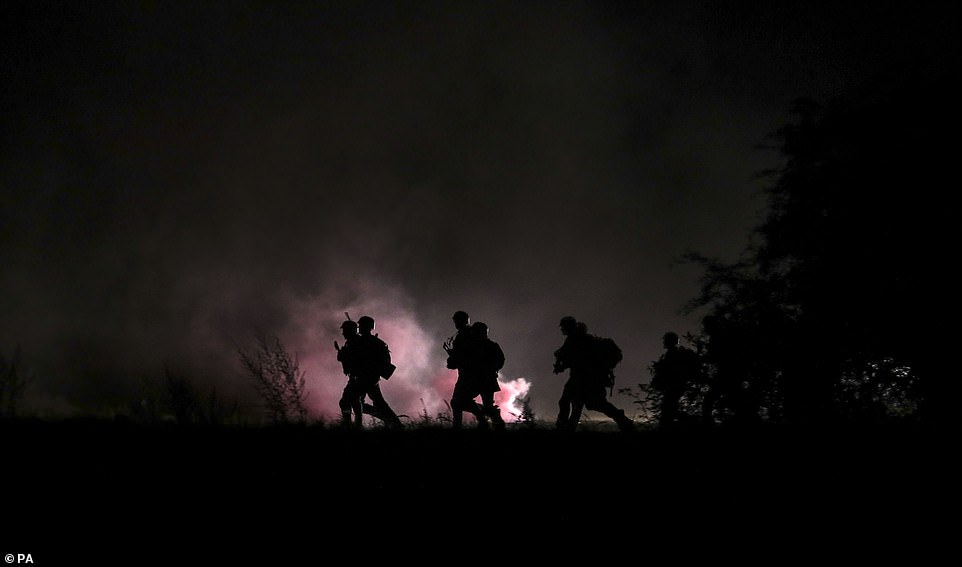 The bloody Battle of Arnhem saw British forces desperately fight to secure the bridge over the river Rhine, in a bid to help open up routes into northern Germany 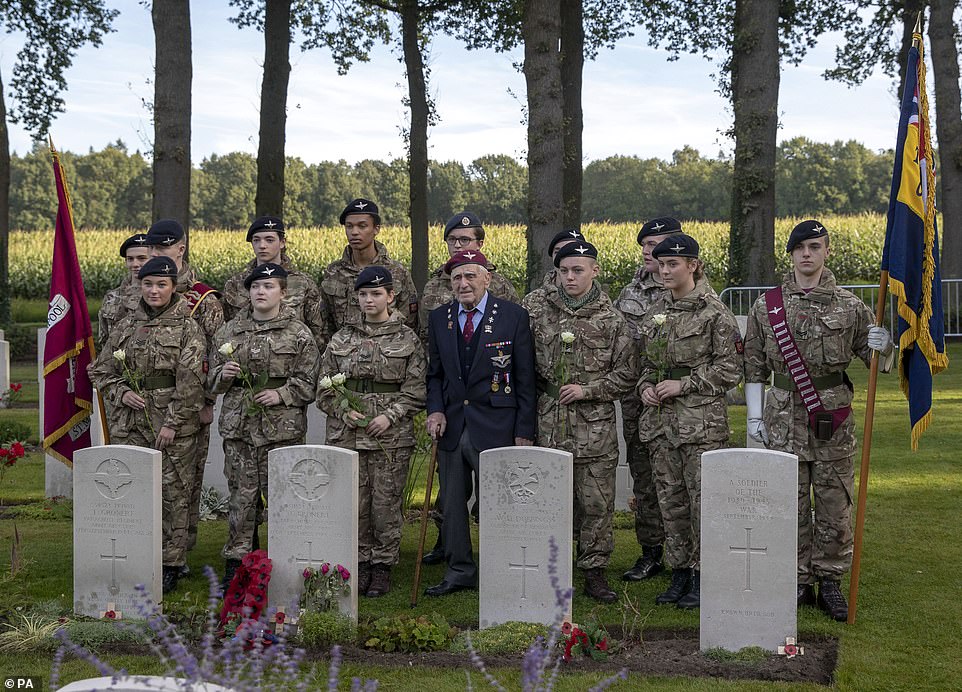 A veteran joins cadets from St Mary’s College, Merseyside as they lay a wreath at two of the graves at the CWGC Oosterbeek War Cemetery near Arnhem

The Arnhem bridge was later renamed in honour of the bravery and leadership shown by then Lieutenant Colonel John Frost, the commander of 2nd Battalion of the Parachute Regiment.

As dusk approached on Friday evening, national anthems were played as the Polish, British and Dutch flags were raised.

A group of pipers and drummers played Highland Cathedral before the formation of an honour guard through Arnhem city centre towards the river. 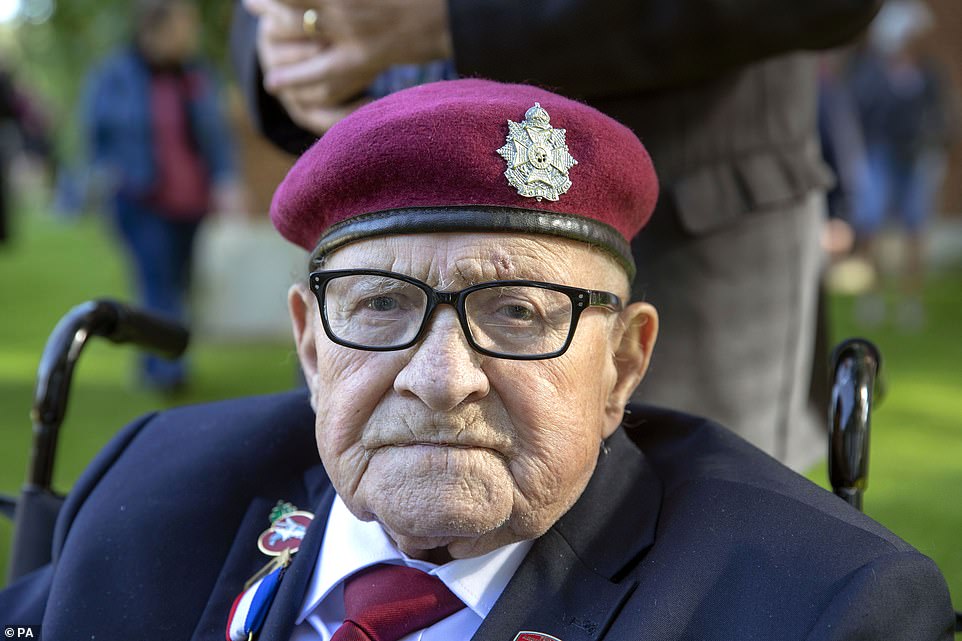 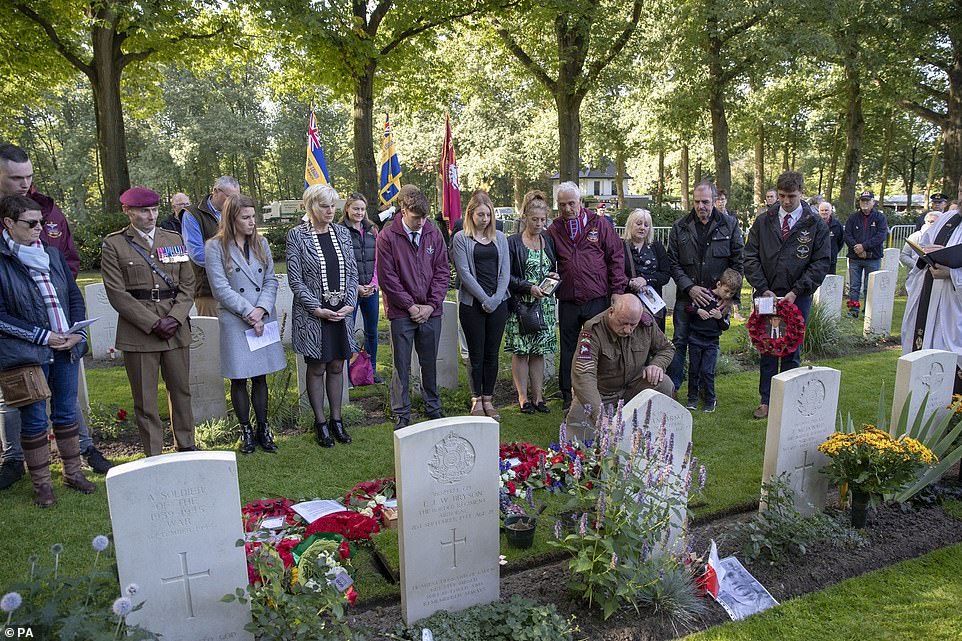 He said: ‘I think we’ve got to remember what happened and it means a lot for a lot of people to remember.

‘All you’ve got to look at is the amount of Dutch people here, and they still show their thanks, and that’s fantastic.’

Derk Staverman, 67, from near Arnhem, said it was important war remembrance was given ‘life’.

‘For the younger ones not to forget, it’s important,’ he said.

By the bridge, crowds watched a colourful music, light and video show that looked back at the Battle of Arnhem using the famous bridge as a backdrop.

Historian and TV presenter Dan Snow acted as joint narrator for the Bridge to Liberation show.