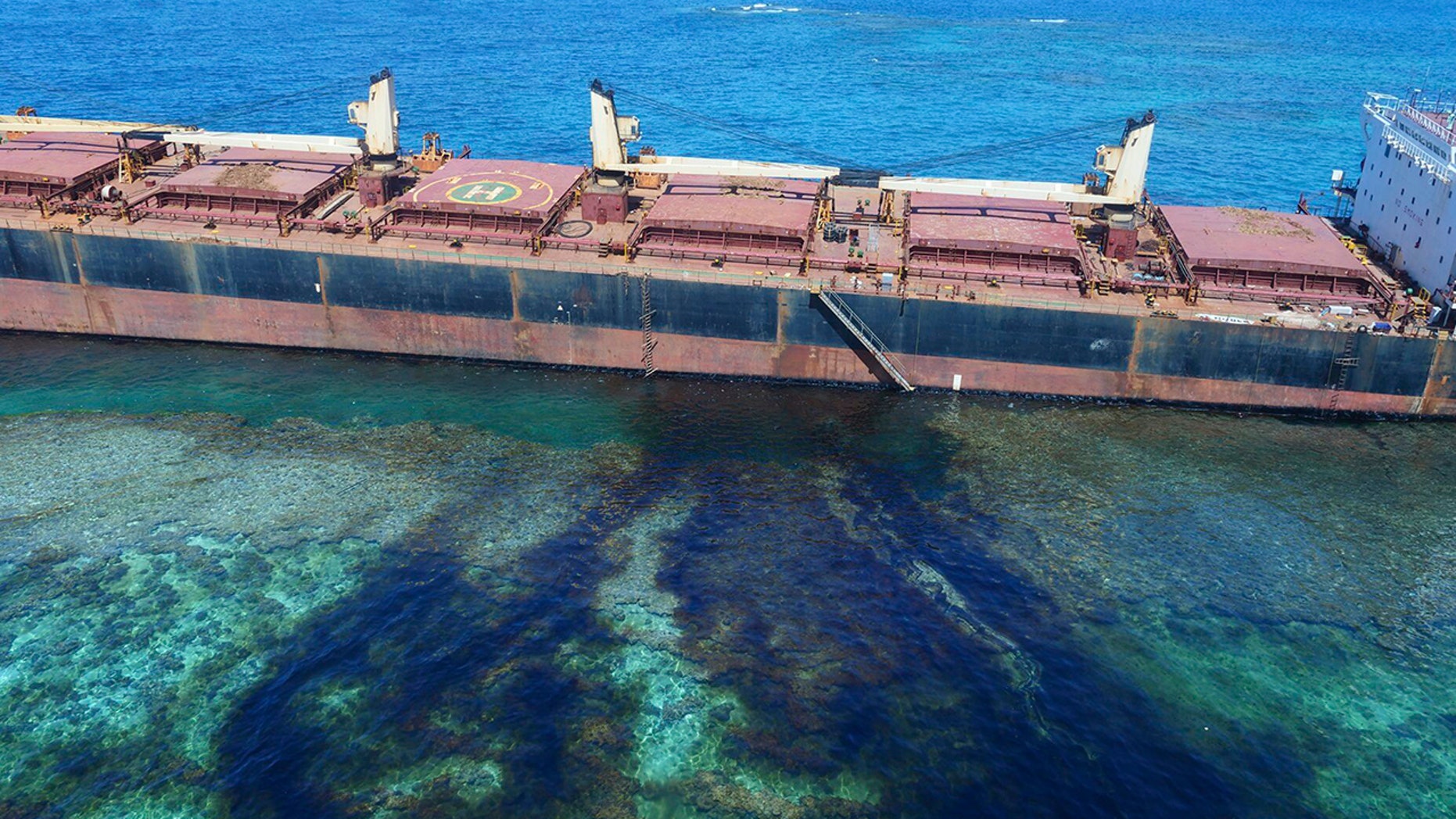 A massive oil spill next to the UNESCO World Heritage site in the Solomon Islands is straining the lives of local residents who say they have been forced to drink rainwater because fresh water has been contaminated.

Australian experts estimate more than 80 tons of oil have leaked into the sea and shoreline in the ecologically delicate area and that more than 660 tons of oil remain aboard the Hong Kong-flagged MV Solomon Trader ship that ran aground Feb. 5.

The 738-foot ship was charted by the Bintan Mining Company in the Solomon Islands to carry bauxite, which is used in aluminum production.

Footage taken by the Australian Maritime Safety Authority recently shows little progress has been made in stopping the oil from leaking. Experts say the clean-up operation could take months. 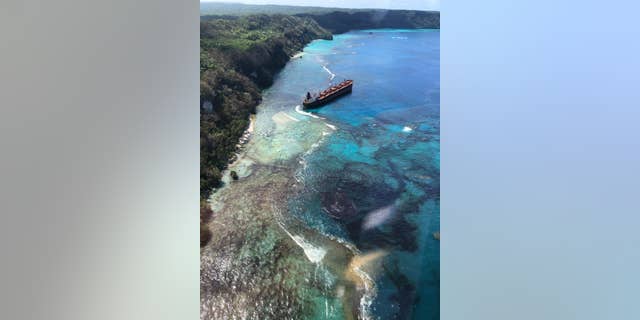 A thick oily blanket of tar now covers the surface of the water and coats beaches, rock pools, logs, and leaves. Some local reports say that residents are struggling to sleep because of the smell and that some people have been burned after coming into contact with the oil while trying to clean it up, The Guardian reported.

“Now we cannot use our sea and reef to do fishing and find shells to eat. We really suffered from it,” Paul Neil, who lives in Lavungu village, told the Guardian, adding that they have been banned from fishing for the foreseeable future. 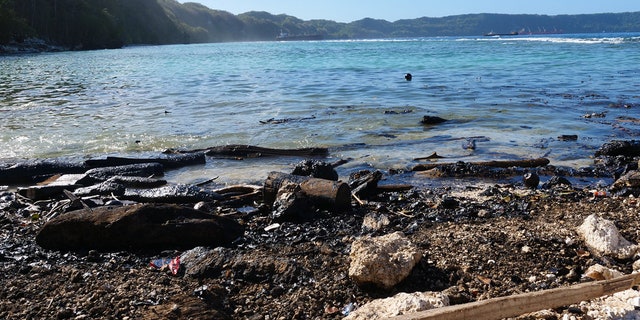 Australian officials say an environmental disaster is unfolding in the Solomon Islands after the ship ran aground and began leaking oil next to a UNESCO World Heritage site.
(Australian High Commission Solomon Islands)

Meanwhile, Steward Seuika said local have been forced to drink rainwater after the oil contaminated fresh water collected from springs near the shore.

“The oil slick affects our corals and marine life. It also contaminates our water which comes out from the stones on the land near the beach. So now we run out of clean water to drink,” he said.

Australia's Department of Foreign Affairs and Trade said last week there was a high risk that the remaining oil would leak and it was "profoundly disappointed" by the slow response to clean it up.

It said the Solomon Islands government had advised it that the responsibility to salvage the ship and mitigate the environmental impact lay with the companies involved.

Radio New Zealand reported that the ship's owner King Trader Ltd. had sent a team to help with the salvage operation while Bintan had claimed that as charterer, it had no legal responsibility for the ship or liability for the accident. 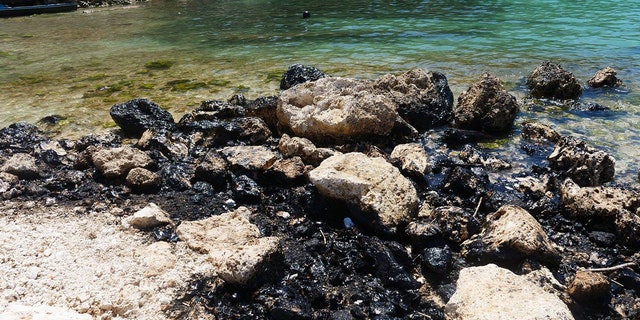 Australian experts estimate more than 80 tons of oil have leaked into the sea and shoreline in the ecologically delicate area and that more than 660 tons of oil remain aboard the ship.
(Australian High Commission, Solomon Islands)

In a statement, they said “although matters of liability are yet to be determined … [we] have expressed deep remorse.”

“Describing the situation as totally unacceptable, both parties are acutely aware of environmental damage and impacts to the local community,” the statement said.

OceansWatch Solomon Islands spokesman Lawrence Nodua told the Guardian they believe the situation is only going to get worse.

“The communities around Lughu Bay, with an estimated 300 people residing along the coast will not be able to have fresh fish for food for [an] unknown length of time,” he said. “It is only a matter of time before the oil reaches the world heritage area.” 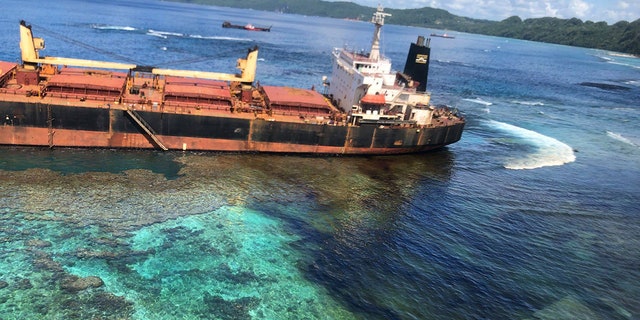 UNESCO has designated the southern third of Rennell Island as a World Heritage site. It says the island is the largest raised coral atoll in the world and is a "true natural laboratory" for scientific study.
(Australian High Commission, Solomon Islands)

UNESCO has designated the southern third of Rennell Island as a World Heritage site. It says the island is the largest raised coral atoll in the world and is a "true natural laboratory" for scientific study.

It's also home to about 2,000 people, whom the High Commission notes rely on the ocean along with the natural resources of the island for their livelihoods.