Madrid: A local council in Spain is preparing to relocate thousands of pigeons in a rare humane attempt to deal with nuisance birds harassing tourists and locals dining on its plazas.

Cadiz will catch and move 5000 urban pigeons 800 kilometres away to a province of Valencia in a departure from more traditional techniques used by councils across the world, including shooting and poisoning. 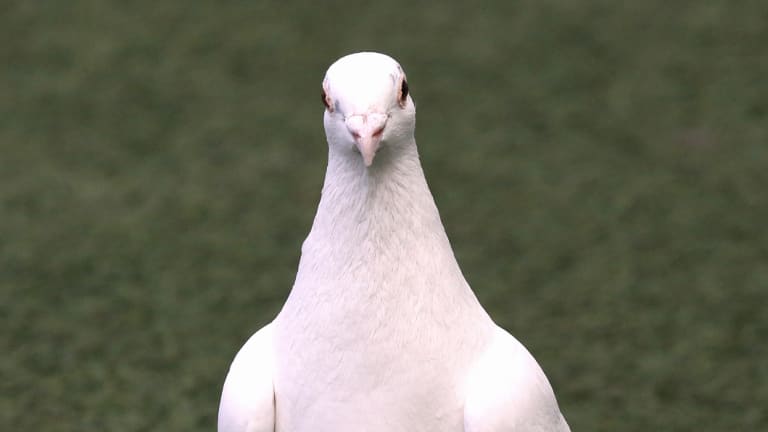 A Left-leaning local council in Spain is trying a new idea to curb a pigeon invasion.Credit:Wayne Ludbey

In their new country dovecote the birds will rediscover the rural delights of foraging for seeds as opposed to fighting over breadcrumbs and city rubbish.

While Madrid has recently outlined a plan for marksmen to cull its invasive populations of parakeets, and councils across Britain deploy hawks and electric shock systems, Cadiz has chosen "the most respectful and sustainable method" to control the population, according to the city's environment chief, Alvaro de la Fuente.

Prompted by complaints from restaurants about the number of rock doves in Cadiz's centre, the city council, run by the Left-wing Podemos party, commissioned a pigeon census. 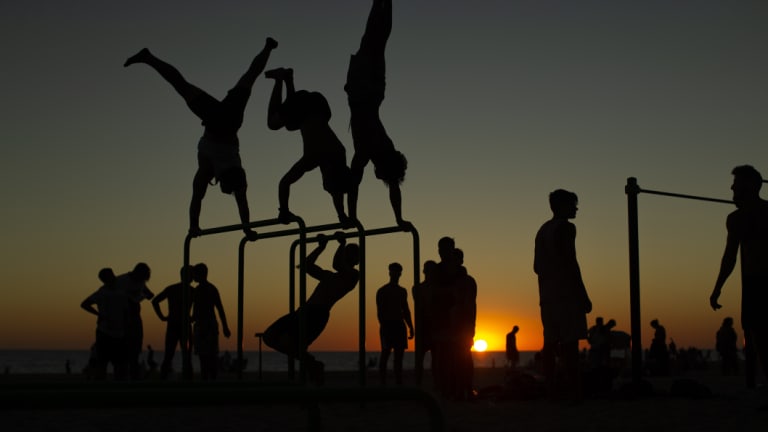 Men exercise in a public gym as the sun sets at the Victoria beach in Cadiz, Spain.Credit:AP

De la Fuente's department decided that the population of 8000 was three to four times too many for the small city, and drew up a plan under which the birds are trapped, put through health checks and transported to their new home in Riba-Roja de Turia, 30km inland from Valencia.

Antonio de Maria Ceballos, president of the Cadiz hoteliers association Horeca, said that pigeons had "turned the city centre into their own private habitat, leaving excrement on the ground, building façades, restaurant and cafe terraces and their customers".

"It has become intolerable. We reckon we have lost 20 per cent of our business to pigeons," the manager of a tapas bar on the city's Cathedral square told the newspaper La Voz de Cadiz.

Cadiz council is also preparing an information campaign aimed at preventing people from feeding the birds, a practice that also leads to a rise in rodent populations.

Since taking over city hall in 2015's local elections, the Podemos council team has implemented a number of animal rights policies, including a ban on circus acts involving animals and preventing shelters from putting down unwanted pets.

To control the number of stray cats fed by animal-loving locals, the council handed out licences to 40 designated cat feeders.