Drug smugglers on the Costa del Sol tried and failed to outrun the police in a dramatic high-speed sea chase on Christmas Eve which ended on a popular beach.

Members of the Civil Guard tried to stop the gang in the spectacular pursuit which at one stage saw the police boat ramming the narcos and forcing them to try and reach the shore of the beach in Manilva, Malaga.

This is the second time the beach, popular with British tourists, has been the scene of a drugs drama. 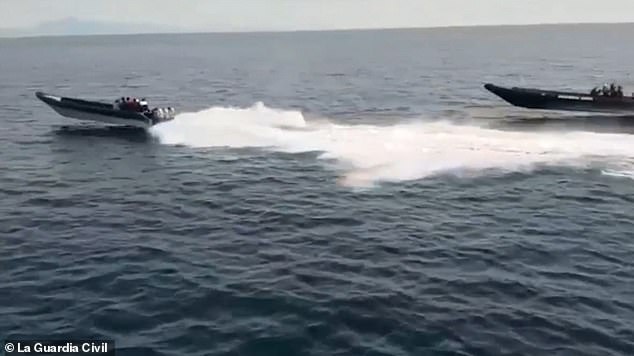 In July, when it was packed with holidaymakers, another boat loaded with drugs landed on the sand in broad daylight.

The Christmas Eve chase saw the narco boat pursued by the police at high speed whilst a helicopter hovered over ahead.

Dramatic footage shows how the boats both reached high speeds before the police vessel deliberately rams the narcos, forcing them to stop and limp back to shore.

Despite the police helicopter landing on the beach first, the drug smugglers still tried to make their escape. The three occupants of the boat jumped out and starting to run while throwing stones at the police. 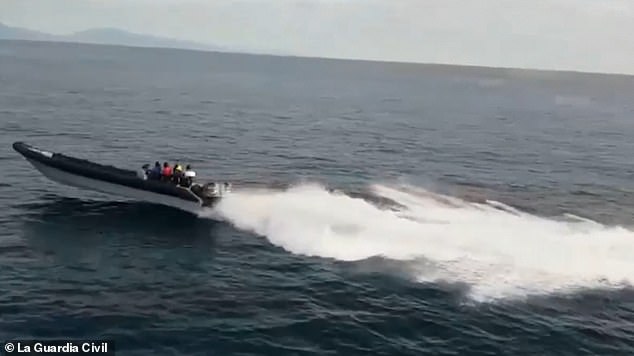 The three occupants of the boat were detained on Sabinillas beach in Manilva, Malaga 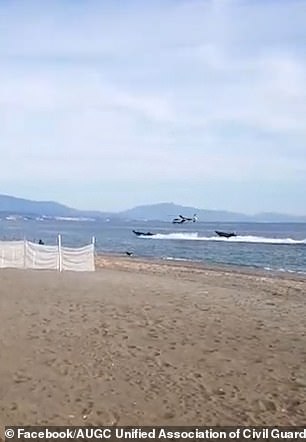 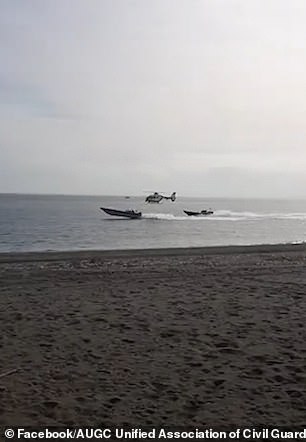 All of them were eventually caught and taken into custody. The detainees are a Spaniard and two Moroccans, all about 30 years of age. A fourth man was arrested as he sat at the wheel of a getaway car.

The narco boat was apparently on its way to Morocco to pick up a shipment of drugs. The sea chase lasted for several kilometres before ending on the beach of Sabinillas.

Police have been stepping up drugs patrols in this area of the Costa del Sol coast.

On the earlier occasion in July, the drug runners were caught in the act by a plain clothes policeman who happened to be on the beach with his family.