Footage published on social media appears to show the ship being escorted along the coastline by a tiny Royal Navy boat. 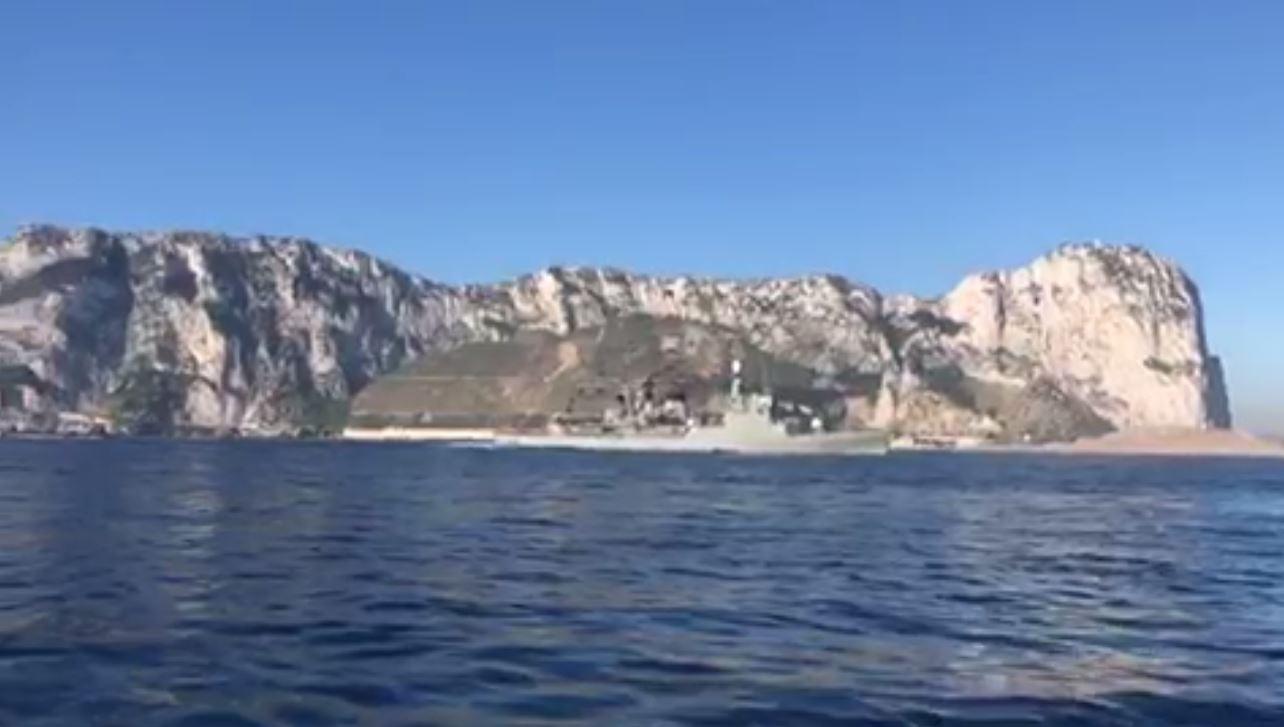 Videos of the incident posted on social media appear to show the warship broadcasting the Spanish National Anthem – but it's understood British officials believe this audio may have been doctored.

A source told The Sun Online: "It's taken from a boat on the east side of the Rock… well within our waters. As it is sailing through you can just about see the small Royal Navy boat going behind it.

"They were quite cheeky about it, they think they have the high moral ground. Obviously it keeps getting worse every time. I think to be honest with this memorandum of understanding we're going to be losing our waters. It's not looking very good for us."

A spokesperson for the FCO said: "We can confirm an incursion by the Spanish navy occurred this morning. As with all incursions, the Royal Navy challenged the vessel. When challenged, the Spanish navy vessel left British Gibraltar Territorial Waters." 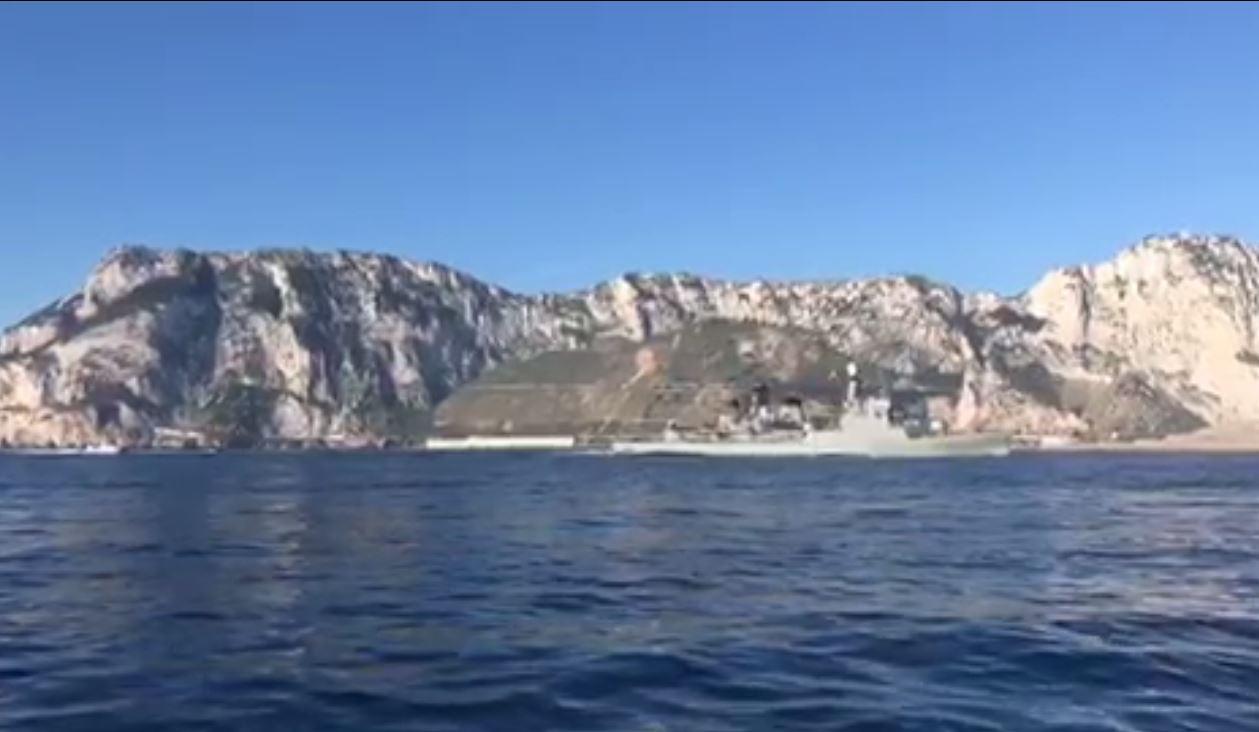 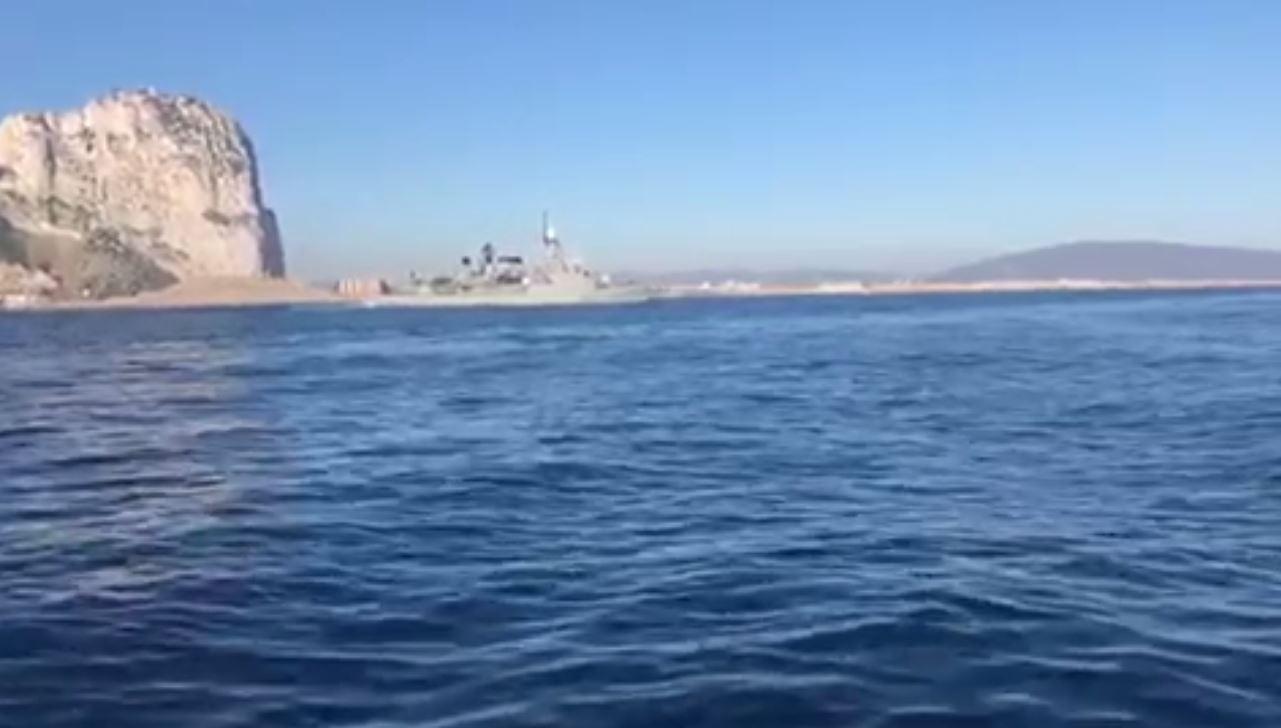 The ship is believed to be the Infanta Elena, a Descubierta-class 1980s Spanish corvette. The provocation comes amid tensions between Spain and Britain over Gibraltar's sovereignty following Brexit.

Madrid issued the extraordinary demand following a meeting with Michel Barnier in Brussels, saying it would block the Brexit deal if the PM refused.

In September the British Navy was forced to fire a warning flare at a Spanish vessel after it got too close to a nuclear submarine in Gibraltar.

The HMS Talent was leaving the British controlled port with a police escort when a patrol boat from the Spanish Guarda Civil approached the “hunter killer” sub which had been loaded with missiles.

But the British navy were forced to act when repeated radio warnings to back off were ignored.