Melbourne’s money is spreading from the traditionally well-heeled suburbs to regional and coastal areas just beyond the suburban fringe.

Toorak remains the city’s wealthiest suburb with an average annual income of almost $190,000, followed by Portsea on the Mornington Peninsula where the average is close to $165,000, according to figures from the Australian Tax Office.

At Port Phillip Bay the postcode containing Albert Park and Middle Park has an average annual income pushing past $144,000.

Just beyond Melbourne’s northern outskirts, Mount Macedon now has an annual average income of $115,760, outstripping its next highest earning neighbour Macedon by $37,000.

He said large blocks and the limited supply of housing in Mount Macedon pushed up property prices, and the proximity to the city suited high-income earners whose jobs were portable and may only need to attend their workplace part-time. 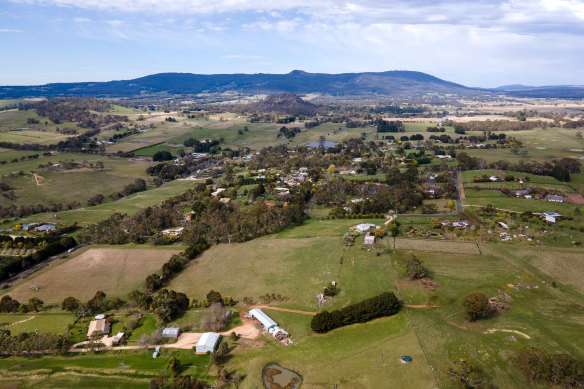 “There’s a strong correlation between people who can work from home and income,” he said.

Mount Macedon Realty director Lisa Fowler said the rate of homeownership was high in the area.

“They’re pretty expensive and large houses,” she said. “It creates a requirement to have a wealthy owner to purchase and maintain properties like that.”

Fowler said having the airport within a 35-minute drive was also appealing to a cashed up clientele, particularly people who travelled regularly for work.

Macedon Ranges Shire mayor Jennifer Anderson said while Mount Macedon had a veneer of wealth and was home to some rich people, there were many in the wider community who were also struggling.

“People might come up here and see it’s a beautiful environment with all these large houses and rich people, but you can forget that among that we have a diverse community,” she said.

The latest census data showed Mount Macedon had a median weekly income of $2647 with median monthly mortgage repayments of $2604. The median weekly rent was $330.

Anderson said the council offered outreach services to local residents who were struggling.

“Often these people don’t want to say they’re at risk if they’re surrounded by others doing well,” she said.

Stonnington councillor Matthew Koce, whose ward covers Toorak, also insisted his municipality took in an economically diverse community with some residents of public housing living not far from some of Melbourne’s most pricey real estate.

He said the calls he took from Toorak residents echoed the concerns of other areas, which typically included problems with street trees, footpath damage and required upgrades to drainage.

“I find the community to be reasonable across the board,” he said.

Brighton and North Brighton were among the wealthiest postcodes with an annual average income just shy of $140,000. The Red Hill postcode was also on the rich list pushing past $108,000.