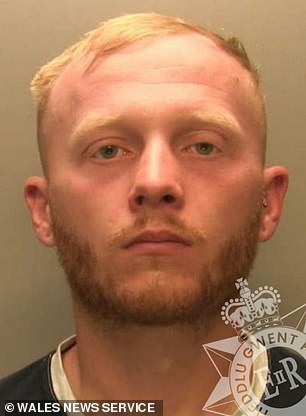 Joel Everett (pictured), 27, launched a ‘cruel campaign’ against the woman as he stalked her for eight months

Joel Everett, 27, launched a ‘cruel campaign’ against the woman as he stalked her for eight months.

The ‘humiliated’ victim was sent a sex toy by Everett, had McDonald’s litter tipped on her car and had her tyres deflated.

Everett also sent intimate sexual images of the woman – who cannot be named – to her mother and to a friend.

A court heard Everett would harass the victim outside her workplace and would turn up at her house to beep his horn.

Prosecutor Tabitha Walker said: ‘The victim said he has made her life a misery. She felt drained and he has caused her humiliation.’

Cardiff Crown Court heard Everett would also bombard his victim with around 100 emails in just one day.

But Everett had his suspended prison sentence activated after he continued to contact her and started harassing her boyfriend.

He was jailed for a total of 20 months at Newport Crown Court after admitting harassment and breaching a restraining order. 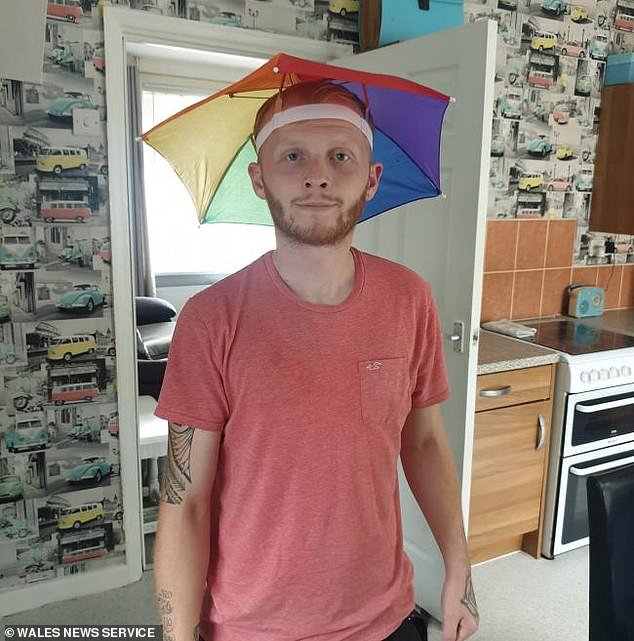 Judge Richard Williams told him: ‘You intended to disrupt their relationship. You were spiteful, vengeful and malicious.’

Everett was also given a five-year restraining order.

Detective Constable Jordan Davies later said: ‘This was an extremely distressing case for the victim, which has had a huge, and long lasting, impact on them.

‘It took great bravery and courage for the victim to come forward and I’m pleased to see Everett jailed as a result.

‘We take all cases of this nature seriously, and will work tirelessly to see such offenders brought to justice.’