ELEPHANTS that were left starving in closed Thai sanctuaries have been released back into the wild as keepers can no longer exploit them for money.

The coronavirus pandemic left many sanctuaries out of pocket as travel restrictions have impacted tourism globally. 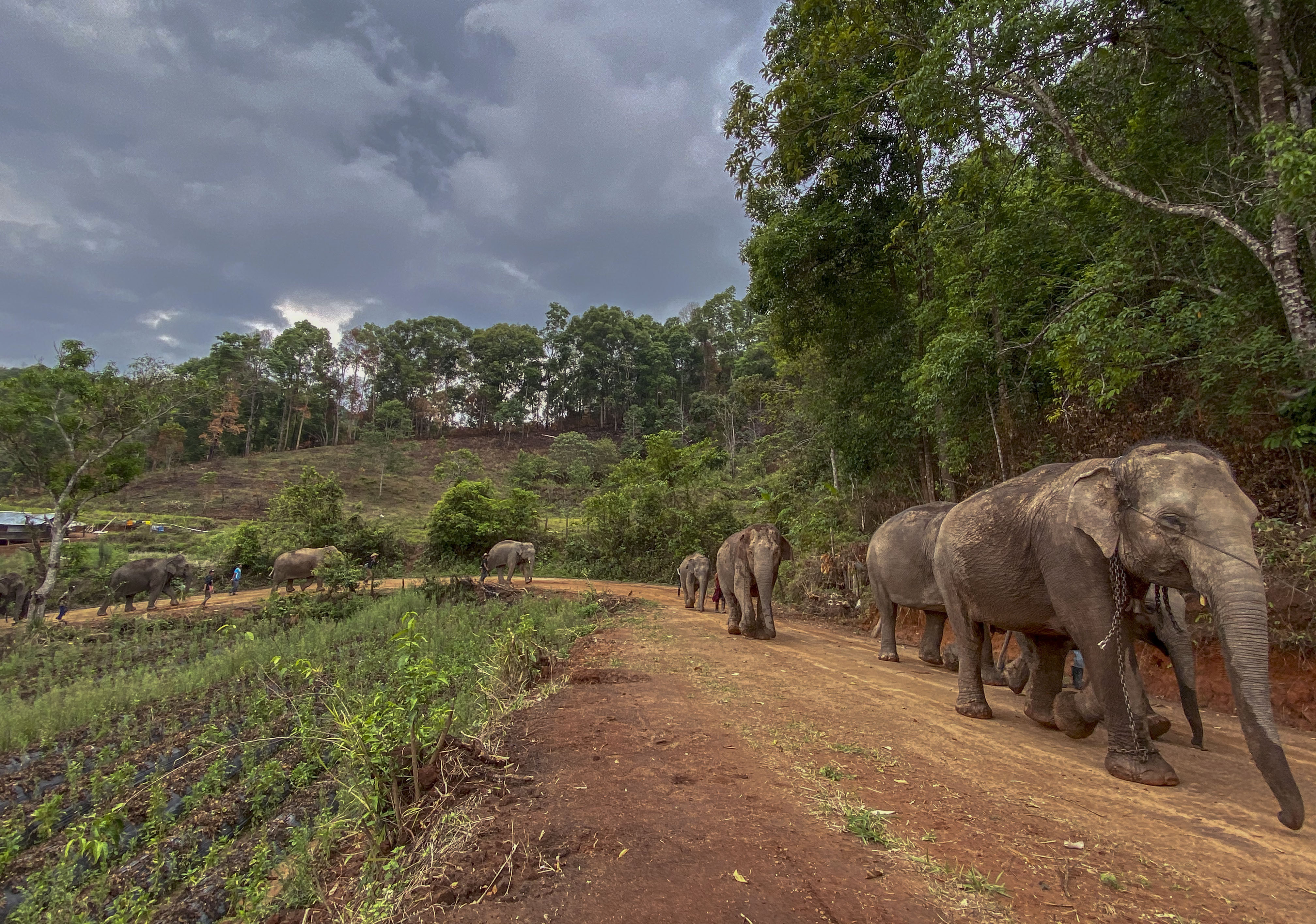 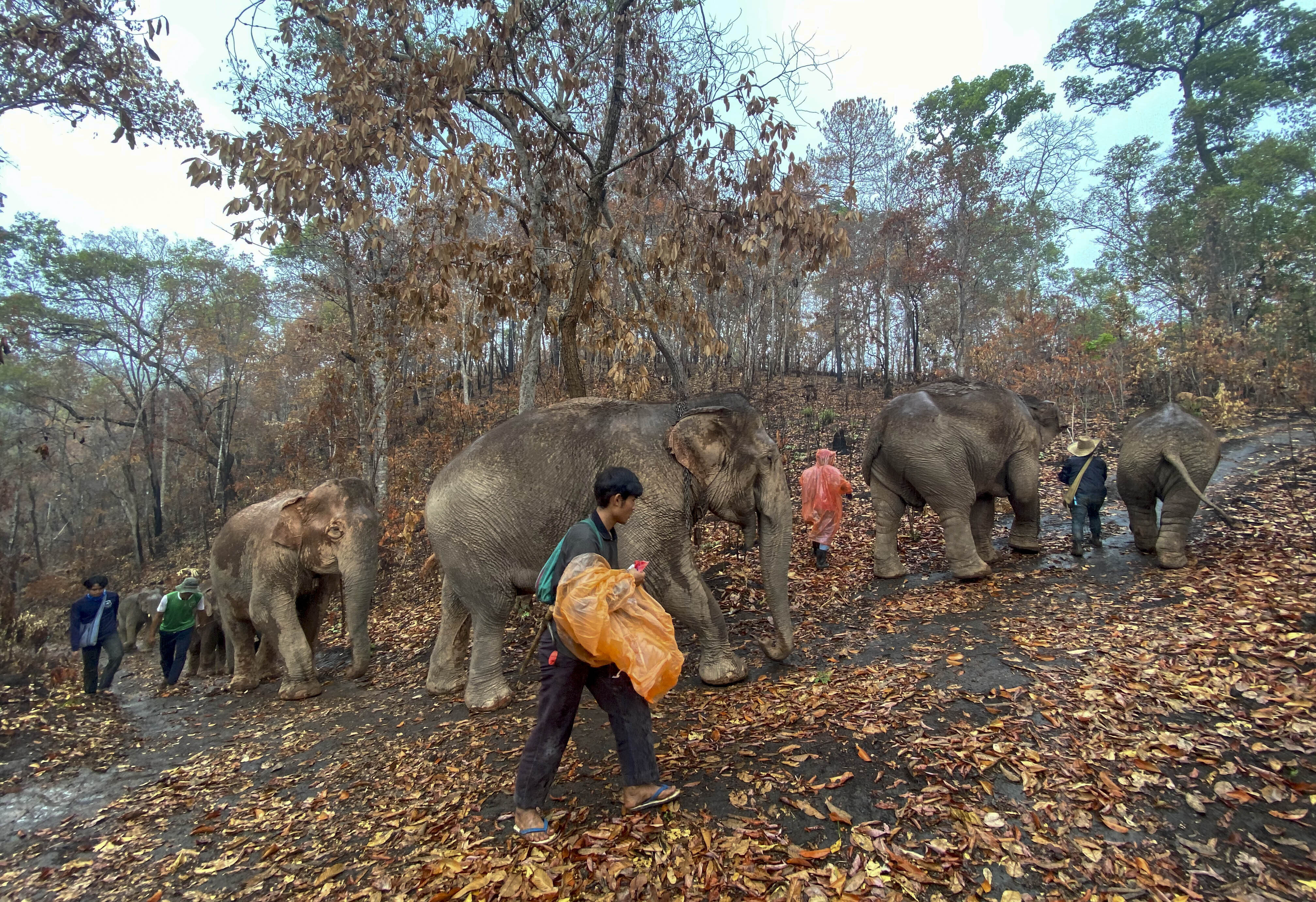 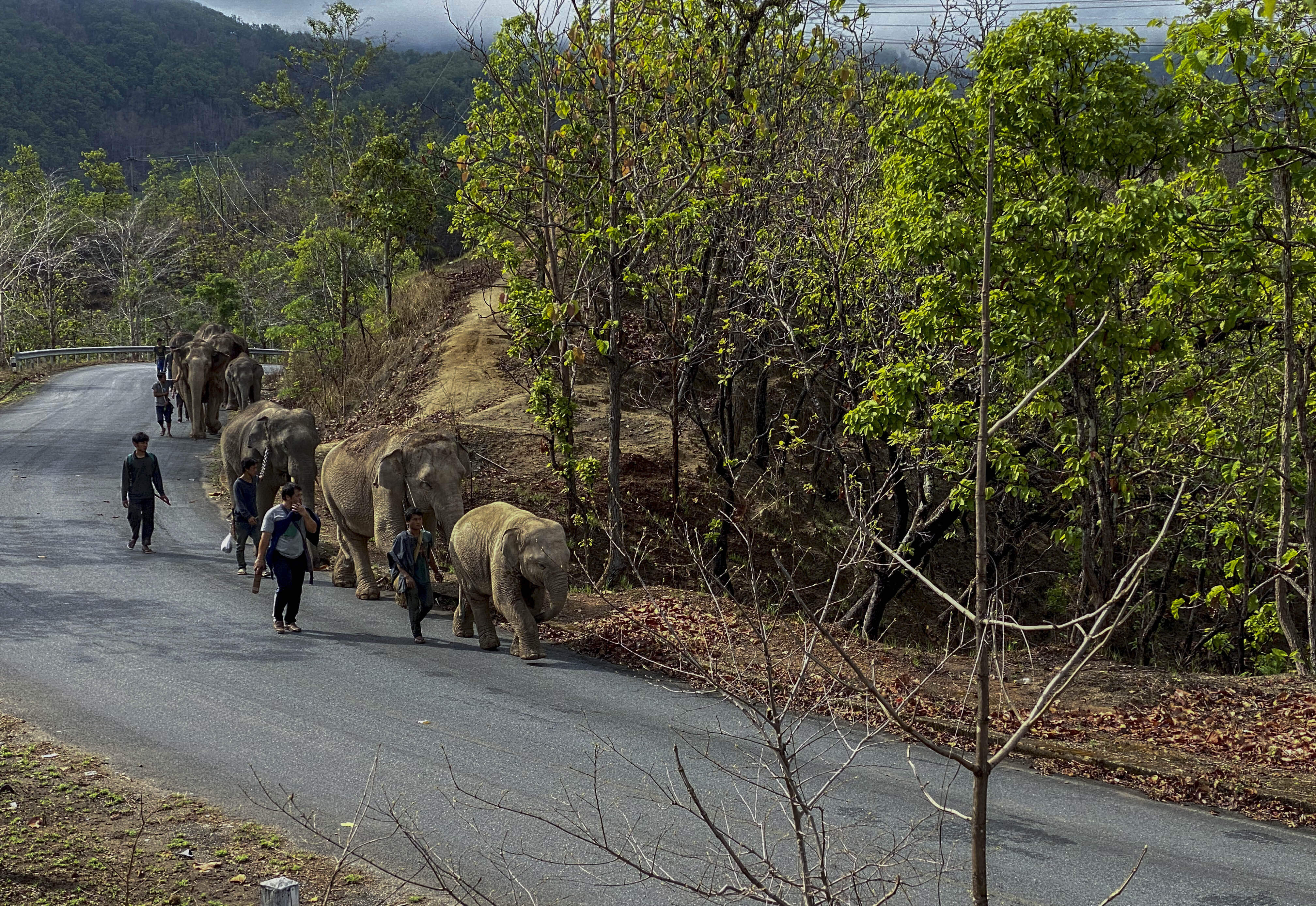 More than 4,000 elephants are at risk of starvation because of the lack of income for sanctuaries after they were all forced to shut.

Their closures have massively affected its economy as the giant animals are a popular tourism attraction in parts of the southeast Asian country.

However, more than 100 elephants are walking 95 miles back to their wild homes as a charity is also raising money for those that will remain in sanctuaries.

The Save Elephant Foundation is trying to support the animals as the resettle into life outside captivity.

Elephants are heading West to Mae Chaem from Chaing Mai in Thailand.

More than 100 elephants are walking 95 miles to their habitual homes, with a charity raising money for those that remain in the care of sanctuaries.

Save The Elephant Foundation is also helping to support the animals as they resettle into their new home where the Karen ethnic minority group traditionally keep elephants.

There are fears that animals who spend their entire lives in captivity will not survive in the wild on their own.

Sadudee Serichevee from Chiang Mai owns four elephants, and said he tried setting up his own Karen Elephant Experience park with the animals he bought from his wife's village in Mae Chaem.

His plans were thrown into disarray amid the coronavirus outbreak.

He said: "At first I thought the situation would be back to normal within a month or two. At the end of April, I lost all hope."

They seem to be very happy when arriving home, they make their happy noises, they run to the creek near the village and have fun along with our children.

The couple decided to bring the elephants back to the wife's village when they realise they couldn't afford to the £5,000 it would cost to feed the animals and rent the land.

Elephants eat more than 600 pounds of grass and vegetables a day.

Mr Sadudee and his wife have also convinced other owners to send their elephants on the same journey.

The group left on April 30 and will arrive at the Ban Huay Bong village in Mae Chaem on Monday.

Mr Sadudee said: "These elephants have not had a chance to return home for 20 years.

"They seem to be very happy when arriving home, they make their happy noises, they run to the creek near the village and have fun along with our children."

Last month, Save The Elephant Foundation founder told Sky News around 1,000 of the country's domesticated elephants could be at risk of starving to death during the Covid-19 crisis.

Lek Chailert said: "If there is no support forthcoming to keep them safe, these elephants — some of whom are pregnant — will either starve to death or may be put on to the streets to beg.

"Some of them could be sold to zoos, or they could be returned to the now outlawed logging business.

"It's a very bleak outlook unless some financial help is received immediately."

Some Thai elephant ride attractions have drawn international controversy as campaigners claim the work is cruel and their conditions are substandard.

But others like Tree Tops Elephant Reserve on the island of Phuket are sanctuaries and, with no tourism, they risk running out of money to take care of the gentle giants.

Project director Louise Rogerson told Sky that it costs around £600 a month to feed an elephant.

She warned in some of the other camps where elephants were leased out for rides they faced being chained up and missing out on exercise. 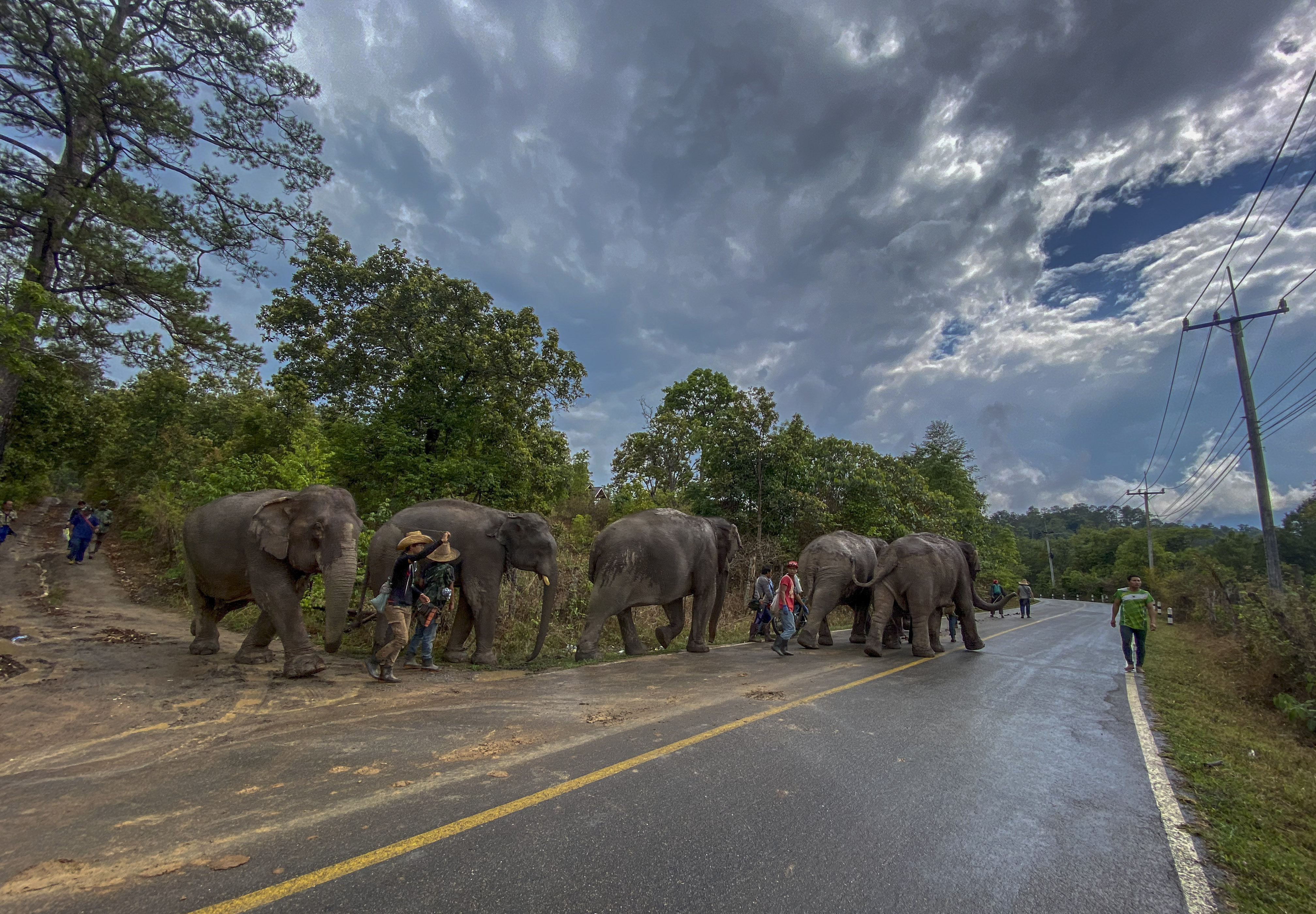