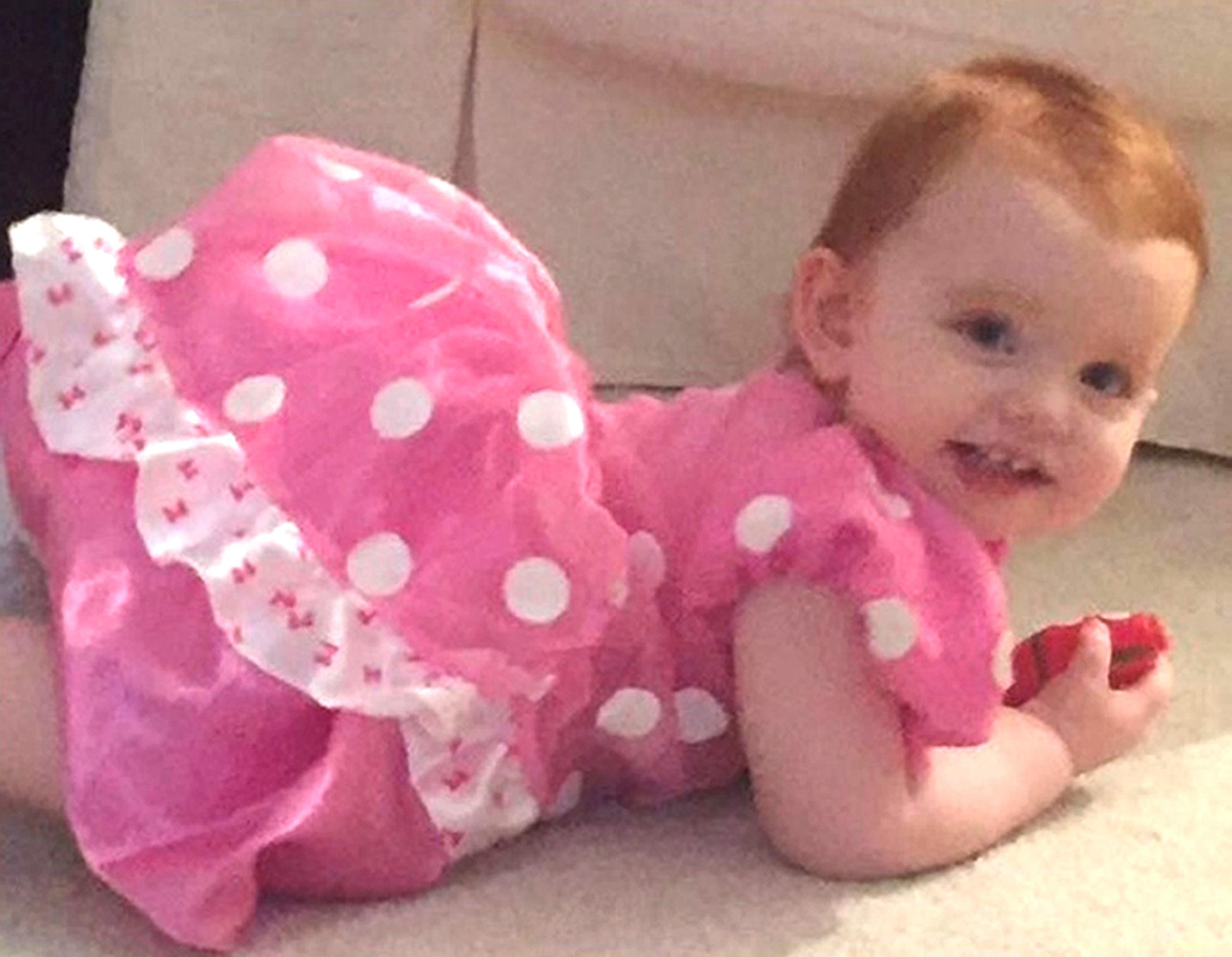 He told cops he had been "playing high fives” sat on the floor with Erin when she "suddenly collapsed”.

Erin, who was just weeks from her second birthday, was found by paramedics "black and unresponsive, not breathing".

She was found to have bruises to her face and body after being called to reports a "girl was having difficulty breathing."

Johnson, 20, from Sheffield, denies murder and two counts of causing her grievous bodily harm with intent.

In the two months leading up to her death, Sheffield Crown Court heard how Johnson had also "seriously assaulted" Erin "on at least one occasion or possibly more".

Prosecutor David Brook QC told the jury how the toddler had a broken arm and a number of fractures to her spine in the weeks before her death.

He said the injuries were part of a "pattern of behaviour" by Johnson.

"The prosecution suggest that this was not a one-off fit of pique or temper but someone who had struck at a very young child more than once, and if you accept it, had broken her bones," he said.

These injuries had been explained by Johnson as Erin "falling off the settee when she was asleep", the court heard.

However, the fractures were found by the pathologist to be "forced extension of the spine" – which the prosecutor said "could be caused by whiplash-type forces, the sort of thing that might happen in a car crash".

After being rushed to Sheffield Children's hospital on May 22, a CT head scan showed she had bleeding to the surface of her brain.

She died hours later with her cause of death revealed in a post-mortem examination to be severe head injuries.

Johnson was "the only person who could have been responsible" for Erin's death, the prosecutor told Sheffield Crown Court.

He suggested this "was not a one-off fit of pique or temper but someone who had struck at a very young child more than once" and "had broken her bones".

Erin lived with her mother Kira Tomkins, who had been "seeing" Johnson since April 2017 and became a couple in January 2018 when their daughter was born, the jury heard.

The couple did not live together but Johnson "often stayed over", the court heard.

Opening the case to the jury and describing the day Erin was found, Mr Brook said: "The defendant had spoken to the emergency services on the phone and he told them that he had been looking after her that morning, had changed her earlier, and was with her when all of a sudden, she just stopped breathing."

Johnson told police in an interview he had been "playing 'high fives” with Erin.

He denied shaking Erin and told police he was "trying to be her dad".

The prosecutor added: "He had earlier said to the doctor that she had collapsed whilst standing and described catching her as she fell.

"He denied that there had been any trauma [such as] force applied to her either deliberately or accidentally, such as a fall.

"He had tried to give her mouth to mouth resuscitation but realised it wasn't working and called 999.

"He then picked up Erin and ran upstairs to her mother."

Within the 999 call, Johnson said to operators "[Erin] is not too keen on me at the moment because she is going through a stage of liking her mother more".

BLOWS TO THE HEAD

The prosecutor said Erin had been found with brain swelling, bleeding on the brain and retinal bleeding.

"When taken together with the sort of unexplained external bruising seen in this case, the inference that the child has suffered non-accidental injury becomes overwhelming,” he said.

"The classic type of situation where such injuries can occur is where a child is forcibly shaken or hit or a combination of the two.

"The pathologist who examined Erin's body after her death found unequivocal evidence of multiple impacts to the head and face from external bruising."

Initially, mum Kira "did not want to believe" Johnson could have been responsible for the death of her daughter, the court heard.

She told police in a first interview she had "believed his innocent explanations" about prior injuries to Erin.

However, on May 23 she asked to speak to police again, the jury heard.

She told police although Johnson had been fine with Erin generally, "in the month leading up to Erin's death, he had started to get very argumentative".

The couple "had some arguments" and Johnson told Kira she favoured Erin over their own daughter.

She said she had also noticed that Erin would scream when Martin tried to put a nappy on her, and "Martin would get angry with Kira if Erin cried and say that she needed to stop being 'clingy'".

The jury heard 10 different areas of external bruising had been found on Erin's head and face by pathologists following her death.

One pathologist "strongly suggested punching" to an area above Erin's left ear.

Johnson sat motionless throughout the opening.

The trial is expected to last three weeks.