Relentless wind and rain continued to pummel large swaths of the South on Tuesday — with more than 350,000 customers without power in the region, including 143,000 in Mississippi, according to poweroutage.us.

With warnings about possible tornadoes, dozens of school systems in Mississippi dismissed students early so buses and cars would not have to be on the road during potentially violent weather. 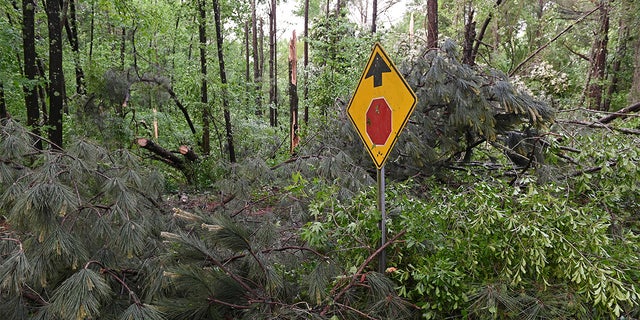 Downed trees cover Oakview Drive in Tupelo, Miss., Monday, May 3, 2021. A line of severe storms rolled through the state Sunday afternoon and into the nighttime hours. (AP Photo/Thomas Graning)

Strong winds and heavy rain whipped through Mississippi’s capital city of Jackson late Tuesday while thunder rattled windows. The high winds knocked out electricity in many neighborhoods while it cracked some limbs off trees and sent them onto nearby houses. The storms left streets littered with branches and leaves.

The storms have been responsible for three deaths this week. 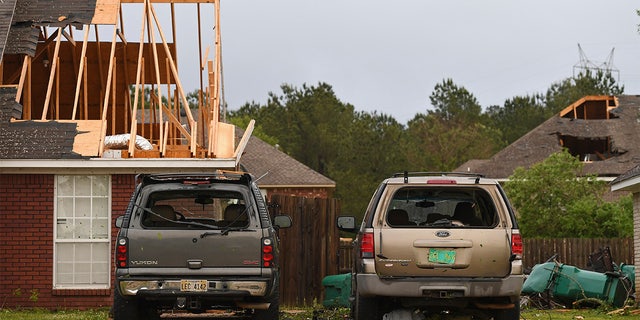 Parts of the south were at enhanced risk for the worst weather, according to forecasters with the Storm Prediction Center, part of the National Oceanic and Atmospheric Administration. The zone highlighted by the center is home to more than 11 million people. 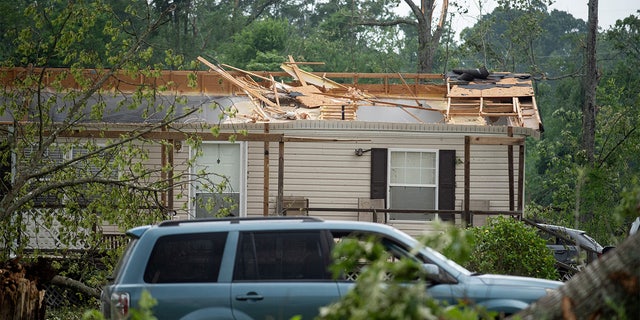 A roof of a home is missing on Ford Road in Byram, Mississippi, on Monday, May 3, 2021, after a tornado touched down in the area Sunday night.
(Reuters)

The weather first turned rough in Mississippi on Sunday, where just south of Yazoo City, Vickie Savell was left with only scraps of the brand-new mobile home where she and her husband had moved in just eight days ago. It had been lifted off its foundation and moved about 25 feet.

“Oh my God, my first new house in 40 years and it’s gone,” she said Monday, amid tree tops strewn about the neighborhood and the roar of chainsaws as people worked to clear roads. 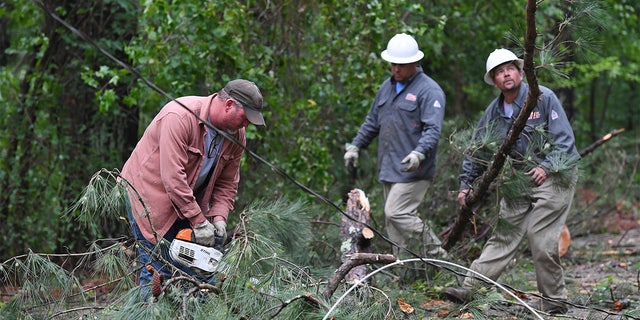 In Mississippi, forecasters confirmed 12 tornadoes Sunday evening and night, including the Yazoo City twister, which stretched for 30 miles, and another tornado that moved through suburbs of Byram and Terry south of Jackson that produced a damage track 1,000 yards wide.