Just beyond Melbourne’s west, lies Serendip Sanctuary – an unlikely oasis on the edge of suburbia, teeming with emus, kangaroos, wallabies and many rare birds.

In recent years, urban encroachment has hurtled towards the 250-hectare wildlife haven from the fast-growing town of Lara, near Geelong, amid rising concern about the impact of residential development on animal life. 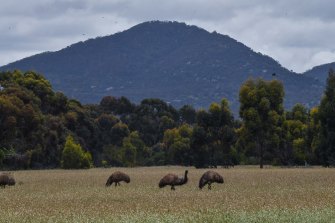 But now residents and native animal lovers are sounding the alarm over plans to build a new fire station opposite Serendip.

They argue a fire station should not be built beside a wildlife sanctuary because trucks, lights and sirens will upset the animals and birds may flee the site.

“It’s completely unrealistic to think this will not affect the wildlife,” said tour operator Roger Smith.

In addition to many eastern grey kangaroos, swamp wallabies and free-ranging emus, Serendip is home to threatened birds, including brolgas and other species, such as Australian bustards that have been bred at the site. 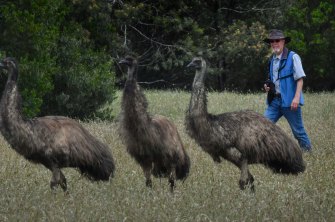 Before the pandemic, Mr Smith would take thousands of visitors through the sanctuary each year, but now says that if the station is built he might stop, fearing that truck movements, vibrations and fumes would bother the animals and guests.

Fire Rescue Victoria insists Lara and Geelong North are rapidly growing areas that are expected to become home to another 58,000 residents in the “near future”, and need to be served by firefighters who are on site 24 hours a day.

“This will ensure the local community is well protected,” a fire service spokeswoman said.

The fire service insists the new “strategically located” station is needed in Lara to ensure the best possible response times for residents and infrastructure such as the nearby Barwon Prison. 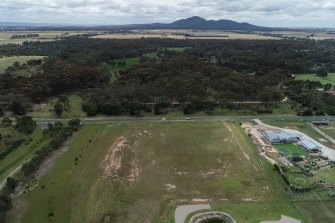 The site of the proposed fire station opposite the sanctuary. Credit:Joe Armao

But Lara Care Group president Barry White said the station should be built to the west of the growing town where much of the development is now taking place.

“It [is] in the wrong place for the future of the community,” he said.

The proposed fire station would be in addition to a recently upgraded Country Fire Authority station less than five minutes away.

Fire Rescue Victoria has also clashed with the Geelong City Council, which insists the station will diminish the remaining rural features it is trying to preserve in Lara. 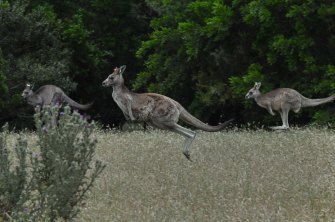 Earlier this year, the council rejected a planning permit application for the station. But Fire Rescue Victoria has appealed against the decision, with the matter proceeding to the Victorian Civil Administrative Tribunal.

Geelong Council’s city planning and economy director Gareth Smith said a council planning committee had denied the application amid concerns the station would disturb the wildlife, attract substantial numbers of people to the site and would not enhance Lara’s rural landscape.

“The committee found the proposal would negatively impact the Serendip Sanctuary conservation area, which is located opposite the property,” he said.

However, Fire Rescue Victoria maintains it commissioned a fauna impact assessment that found the station would have minimal impact on the environment, but recommended measures to minimise the effect of light and noise on the animals. 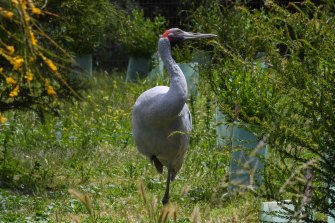 Deakin University Professor of Wildlife Ecology and Conservation Euan Ritchie said any habitat for wild animals needed to be protected.

“Any remaining areas of habitat, and especially those close to cities, are highly valuable,” he said.

He said some birdlife may flee the sanctuary if they were disturbed by the noise, lights and activity from the fire station.

“The question is whether that’s going to have a long-lasting effect on wildlife populations,” Professor Ritchie said. “Animals that don’t have the option of leaving may just move away from the vicinity of the fire station, or they may just become habituated to it.”