Pupsicle! Stubborn Samoyed is turned into giant SNOWBALL after refusing to come inside home during snowstorm

This is the hilarious moment a stubborn Samoyed turns into a giant snowball after he refuses to come inside during a snowstorm.

The clip, filmed on a porch, captures the pooch as he sits on a snow-covered step.

Enzo looks up at his owner as she approaches him – layers of snow covering his white coat. 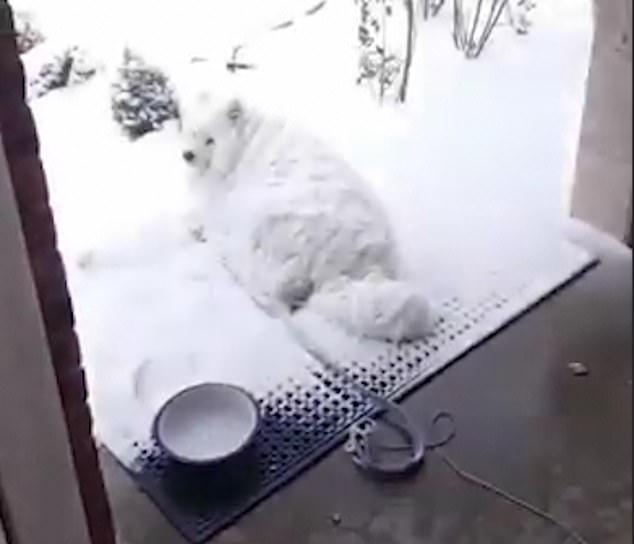 The clip, filmed on a porch, captures stubborn Samoyed Enzo as he sits on a snow-covered step

His owner said:  ‘Hi. What are you doing?

‘Do you want to come inside, boy? It’s freezing, look at all the snow!’

The dog stares at her for a moment before turning his attention back to the falling snow, not bothered by the cold weather.

The huge fluffy Samoyed continues watching the snowstorm as his owner approaches him again.

But despite his owner’s pleas, Enzo clearly has no intention of stepping a single paw inside the house. 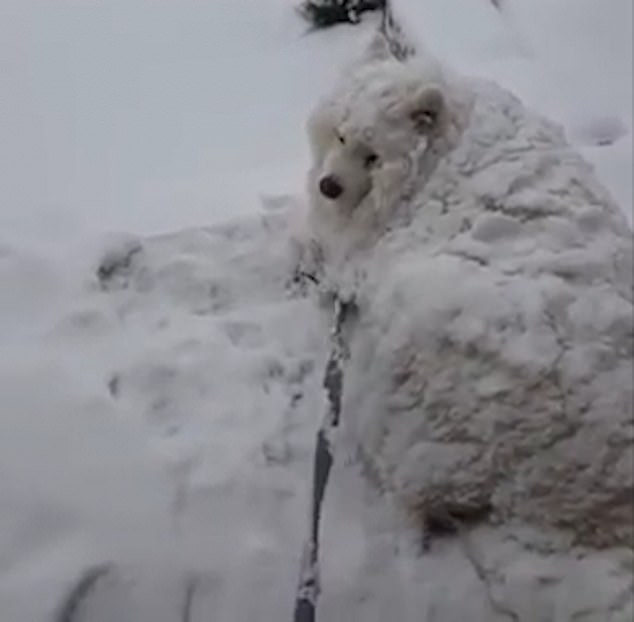 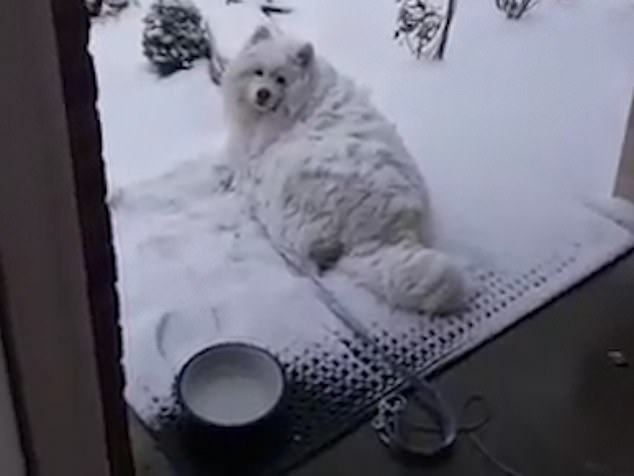 But despite his owner’s pleas, Enzo clearly has no intention of stepping a single paw inside the house

Instead, he stares out at the white lawn, snow falling from his back as he moves his head.

In the clip, filmed in an unknown location, his owner then picks up the lead and attempts to gently tug the Samoyed inside.

But Enzo refuses to move – resting his head on the step below him.