Shocking footage has captured the moment teenage girls smashed one another around the head with planks of wood outside their college.

Video filmed outside Sandwell College in West Bromwich shows the scene descend into chaos after the youngsters throw punches and slaps.

In the clip, students scream as one girl picks up a huge plank of wood and hits the other across the head it. 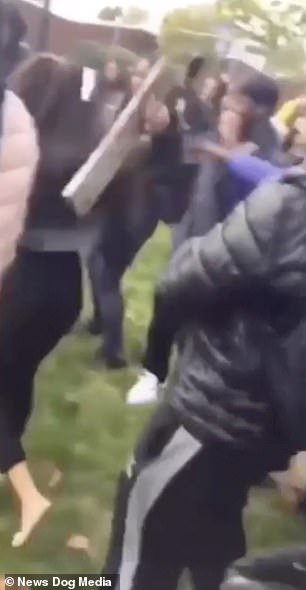 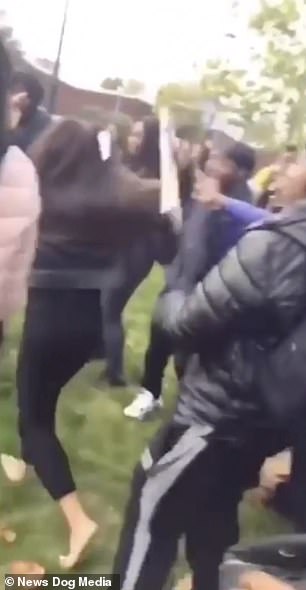 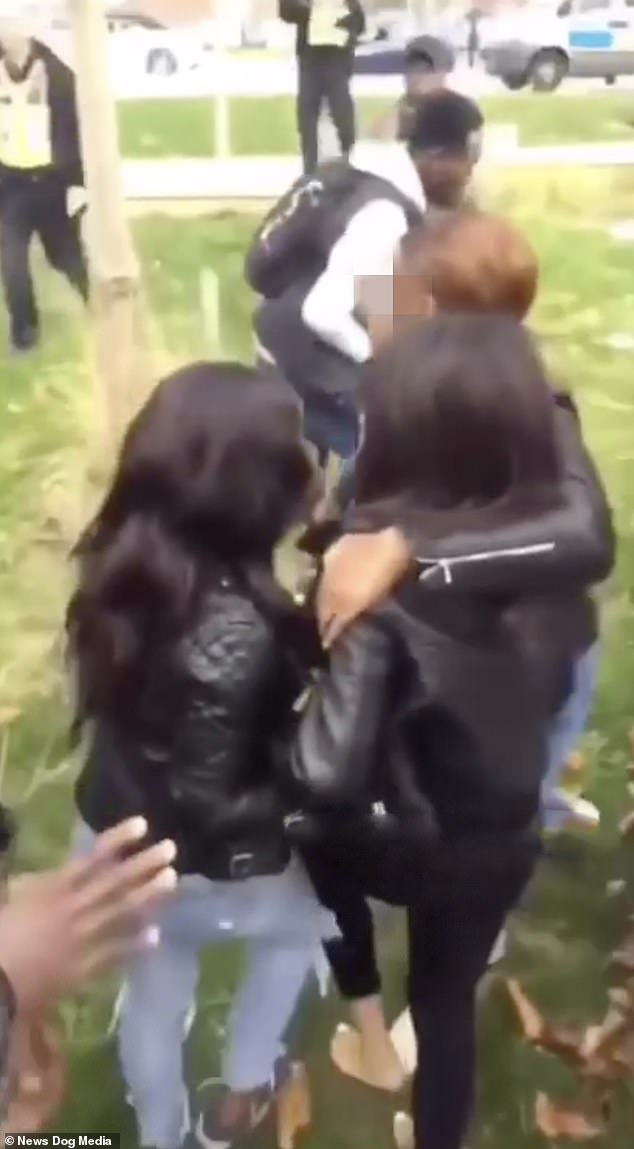 College security guards appear too nervous to intervene in the ferocious fight until the end.

The mobile phone footage, believed to have been filmed on December 6, begins by showing two girls – one in a red coat and one in a black leather jacket – embroiled in a violent fight.

The girl in the red coat grabs the other in a headlock and wrestles her.

Friends desperately try to separate the warring pair and a crowd of screaming students gather to watch the fight.

Onlookers manage to break the twosome up but they continue to hit and slap each as they are separated. 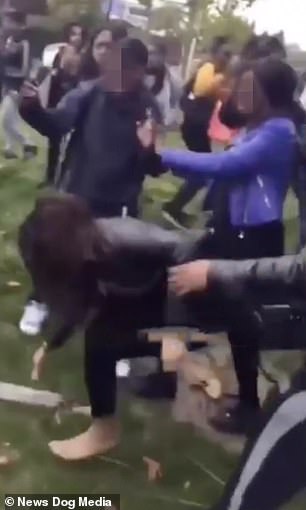 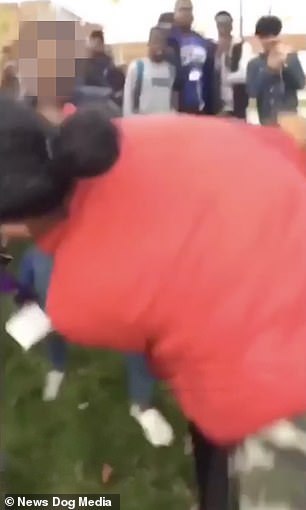 In the clip, students scream as one girl picks up a huge plank of wood and hits the other across the head it 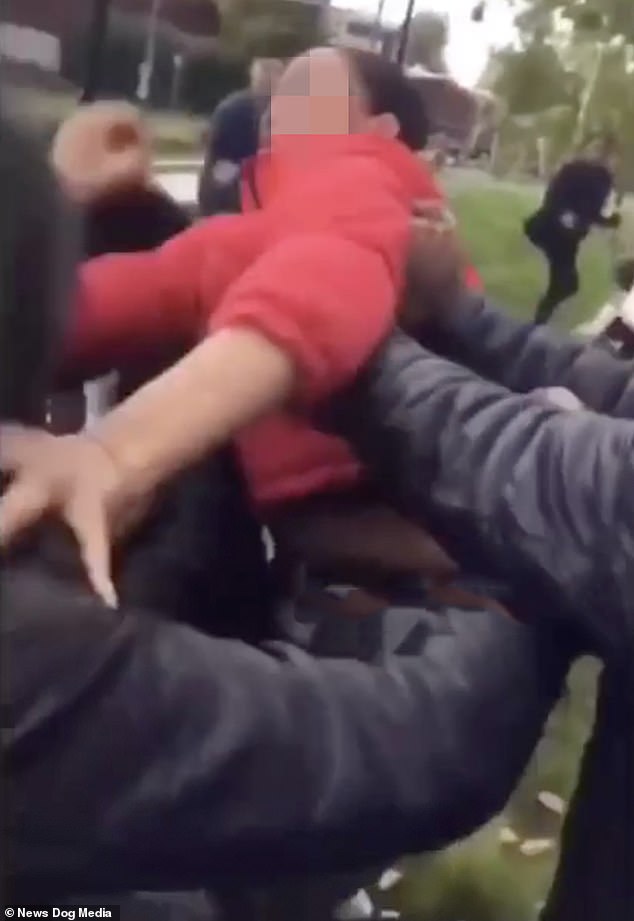 Then the girl in the black leather jacket grabs a huge plank of wood from the ground and takes a run-up before hitting the other girl over the head with it.

Bystanders can even be seen fleeing as the pair start hitting and grabbing each other again.

As the girls walk away from each other, college security guards can finally be seen intervening to end the chaos.

Police officers can also be seen arriving at the scene as the footage cuts to an end.

In February 2018, Sandwell College hit headlines when around ten male students were filming fighting in a college study room.

Sandwell College and West Midlands Police have been contacted for comment.